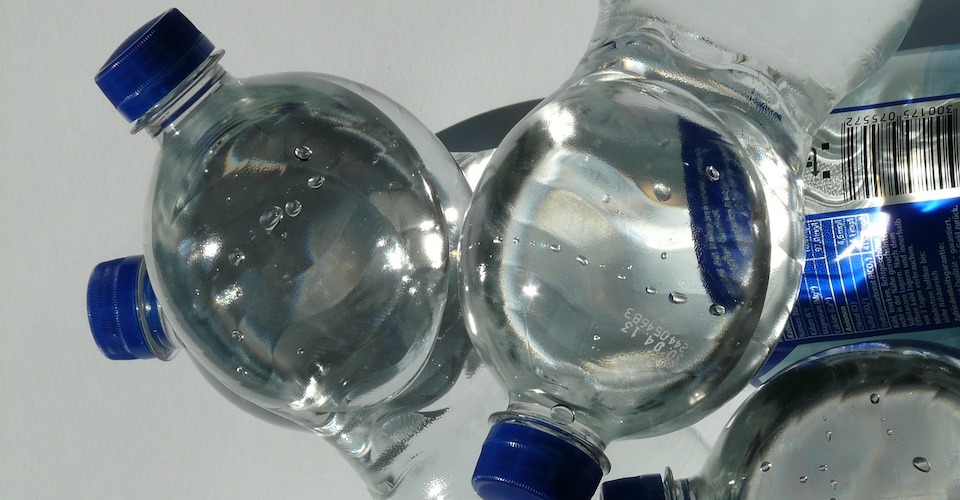 by Joseph Flynt
Posted on January 31, 2019
15 Shares
3D Insider is ad supported and earns money from clicks, commissions from sales, and other ways.

Polyethylene is a type of polymer. A polymer is a chain of single units called monomers. These monomers are joined together. Polyethylene is one of the most commonly used polymers. It looks something like this:

However, not every polyethylene form looks like the above. There are many variations in the branching, density, molecular weight, and crystallinity. Its mechanical properties vary as per the type and extent of the branching. Different types of crystalline structure forms and molecular weights also translate to a variation in the mechanical properties of resulting form of polyethylene.

In appearance, polyethylene looks similar to a strand of spaghetti, something like this:

However, its variant known as High Density Polyethylene (HDPE) has a low amount of branching. It looks something like this:

The next variant is called Low Density Polyethylene (LDPE). It has a much higher degree of branching. There are short and long side chains as shown in the diagram below:

And finally, there is the third majorly used variant known as Linear Low Density Polyethylene (LLDPE), which has shorter branching when compared to LDPE. The underlying backbone is linear. It is different from HDPE in that it has more branching than HDPE. The LLDPE structure looks something similar to the illustration shown below:

Now let us look at the various types of Polyethylene forms in detail.

HDPE is a cost-effective and tough thermoplastic. It is manufactured at a relatively lower temperature and lower pressure. HDPE is called as such because of its high density – 0.941 g/cm3. It has a lower amount of branching because of which the molecules pack tighter and the underlying intermolecular forces are stronger.

Given HDPE’s structure and mechanical properties, it does have a few disadvantages as well. Firstly, it tends to crack under stress. Secondly, it gets affected by UV rays in the sunlight. It has a high mold shrinkage as well.

HDPE is used in a wide variety of products. Some of the packaging applications include crates, trays, ice boxes, caps on bottles, drums and bulk containers. One-third of all the toys in the world are made using HDPE. Due to HDPE’s robustness and chemical resistance, it is also used to make pipes.

LDPE is a relatively lower density translucent polymer. It has a semi-rigid structure. It is manufactured under a much higher pressure than is the case with HDPE. LDPE has a higher degree of short and long branching which results in intermolecular forces that are not as strong as in HDPE. Hence, the crystal structure is not as tightly packed. This is the primary reason why LDPE has higher ductility and lower tensile strength.

LDPE has a good resistance to dilute acids, alkalis, and alcohols. However, it the material shows average resistance against aliphatic and aromatic hydrocarbons, mineral oils, oxidizing agents, and halogen hydrocarbons. LDPE exhibits high impact strength at low temperatures. Like HDPE, electrical insulating properties are favorable as well. It is also FDA compliant, which makes it useful in the area of food packaging.

For all its strengths, LDPE does have a few weaknesses as well. First, it is highly flammable. It also has low resistance to UV lights and gets affected by exposure to sunlight containing UV rays. Like HDPE, LDPE is also susceptible to stress cracking.

LLDPE is structurally quite similar to LDPE. It has branching like LDPE, but the branches are much shorter. LLDPE is produced when ethylene is polymerized with 1-butene, some 1-hexene, and 1-octene. LLDPE has a density range of 0.915 – 0.925 g/cm3.  LLDPE does have a higher tensile strength than LDPE. It has been successful in replacing LDPE in a few applications because of its impact and puncture resistance, both of which are higher than those in LDPE.

LLDPE has a translucent and natural milky color. Unlike HDPE and LDPE, LLDPE has good stress crack resistance. From an environmental perspective, LLDPE is desirable because it burns without any residue. It simply turns to carbon dioxide and water. There are no toxic fumes released in the process.

LLDPE is mainly used in making films. LLDPE can produce films with a lower thickness than what LDPE can manage to produce. LLDPE is used to make agricultural films, general purpose films, stretch films, garment packing films, and films for sheets and bags. Saran wrap, bubble wrap, and other multilayer films are commonly used items made with LLDPE.

Overall, UHMWPE is a very tough material. It is made using catalysts and ethylene units. The Ziegler catalysts are the most commonly used catalysts for making UHMWPE. The UHMWPE material has roughly 100,000 – 250,000 monomer units per molecule.

UHMWPE has excellent wear and cut resistance. It does not suffer from abrasion very easily and has a high impact strength. It’s coefficient of friction is also low. This makes it the material of choice for applications like moving parts, bearings, joints, and even hip replacements. UHMWPE is almost inert. Hence, it has high corrosion resistance. It can be used in difficult and aggressive environments. In the fiber form, it is suitable for making bulletproof vests.  So, UHMWPE is what you can call a high-performance polyethylene material.

PEX is a high-density polyethylene that has cross-linked bonds in its polymer structure. It is actually a thermoset material, which means that it cannot be reheated and melted once it has been discarded. It will suffer significant degradation if it is melted.

PEX is produced by the creation of free radicals from a process involving organic peroxides under a high-pressure environment.  The radicals generate the cross-linking of the polymer which is a feature of the PEX material. This material has good chemical resistance as well as high-temperature properties.

PEX is used to make chemical pipe networks and in heating/cooling systems. It has good electrical and insulation properties and is hence used to make insulation for high-voltage cables. The PEX material is also used a lot in plumbing because a tube made out of PEX can be stretched to fit over nipples. The stretched material is initially expanded, but it then returns back to its original shape creating a robust watertight connection with the nipple interface.