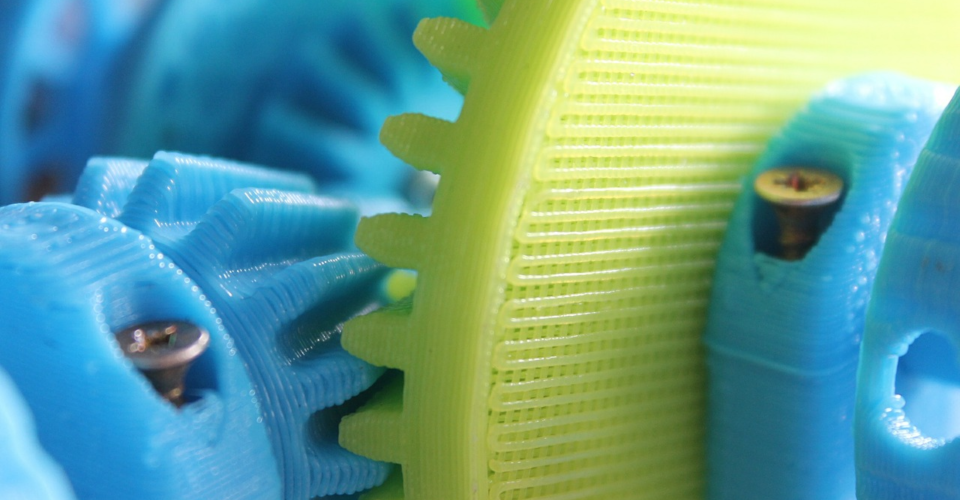 What is PolyJet 3D Printing Technology? How it Works, Pros and Cons

by Joseph Flynt
Posted on June 10, 2020
25 Shares
3D Insider is ad supported and earns money from clicks, commissions from sales, and other ways.

3D printing may have become highly accessible in the past few years, allowing hobbyists to buy inexpensive desktop-scale machines. However, this development does not discount the commercial and industrial relevance of 3D printing technology. In most cases, professional use cases of 3D printing require technology at a much higher level than those found in desktop models.

PolyJet is an example of a 3D printing technology that is more sophisticated than usual. What exactly is PolyJet and how does it work? What makes it unique compared to 3D printing using FDM or SLA?

What is PolyJet technology?

PolyJet is short-hand for ‘polymer jetting,’ a 3D printing technology based on the concept of material jetting. The first 3D printer that used this technology was developed by Objet-Geometries in 2000, thereby holding the patents for PolyJet. Objet-Geometries was then acquired by Stratasys in 2011. Since then, Stratasys has used the PolyJet name for their line of material jetting 3D printers.

Other 3D printer brands, such as 3D Systems, also have printers that use material jetting technology. These printers are not called PolyJet since Stratasys owns the copyright for the name. However, all material jetting printers use the same fundamental technology with only subtle differences.

How does 3D printing in PolyJet work? 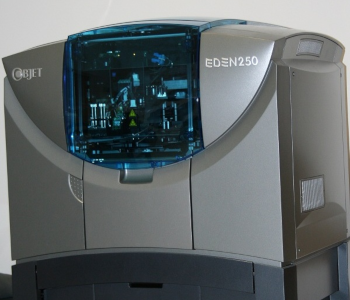 PolyJet uses the same basic principle as material jetting 3D printers. At the core of this technology are the numerous jetting heads that deliver precisely controlled streams of a photopolymer to the build platform.

Photopolymers are a type of plastic resin that have liquid base forms. When a photopolymer is exposed to light, its physical properties are altered. In the case of photopolymer resins used in 3D printing, exposure to UV results in the hardening of the liquid resin. The degree of completion of this curing process will depend on the intensity of UV light used and the length of exposure of the resin to the UV light.

Like other 3D printing techniques, printing with PolyJet starts with a 3D model processed by a slicer software. Each layer generated by the slicer software is then recreated by the jetting heads as they deliver the photopolymer material. The carriage on which the jetting heads are installed also contains an array of UV lights that cure the layers of photopolymer material as they hit the build platform.

Once the printing of a layer has been finished, the build platform moves away from the jetting heads to allow for the printing of the next layer. This process is repeated until the whole design has then reproduced.

Pros and cons of PolyJet technology

Being an exclusive technology, PolyJet 3D printing is quite uncommon and typically only found in professional settings. It almost bears no mentioning that PolyJet 3D printers are a lot more expensive than desktop FDM or SLA printers. However, it’s worth assessing the merits of PolyJet technology compared to these more common forms of 3D printing.

The extremely fine jetting heads used in PolyJet 3D printers allow for an incredible level of accuracy. Details as small as 16 microns or 0.016 millimeters are well within the capabilities of PolyJet. This level of detail rivals that of laser-based 3D printing technologies like Selective Laser Sintering (SLS). Compared to FDM and SLA, the detailed accuracy of PolyJet is better by at least an entire magnitude.

Allows for multiple materials and colors

The photopolymer resin that the jetting heads eject is stored in cartridges located somewhere in the machine. A PolyJet 3D printer contains a large number of jetting heads, different groups of which can be hooked up to different cartridges. This means that a single print can be made of different photopolymer materials or colors without having to make time-consuming tool changes.

The most obvious advantage of this is that it means that you can create multicolored projects in a PolyJet 3D printer fairly easily. This is something that is not possible with SLA or SLS technology and only allowed to a limited degree in FDM.

The versatility of PolyJet when it comes to the number of materials it can use simultaneously also means that it can create support structures with a material different from the material of the main print. This opens the possibility of using support materials that can be easily removed from the finished print by submerging in either water or a chemical solution.

Despite the highly specialized nature of the photopolymer material used in PolyJet 3D printers, Stratasys has managed to develop an impressively wide range of compatible raw materials. Right now, there are more than 100 different materials for PolyJet including variants of ABS, PC, and Nylon among others.

Of the other 3D printing technologies, Stereolithography (SLA) is the one we can consider to be most closely related to PolyJet. They both use a photopolymer liquid resin as raw material and a UV light for curing.

The crucial difference is that prints made via SLA are still considered “green” and require additional curing to develop the desired physical properties. In contrast, the very small droplets ejected by the jetting heads in the PolyJet process allow for near-instant curing of the resin. Prints made by a PolyJet printer are fully cured and will no longer need any post-processing. This significantly cuts down on the processing time needed for PolyJet printing and is advantageous for high-volume orders.

Unlike powder-based printing techniques, PolyJet will require the integration of support structures if a design has overhanging features. This doesn’t take a lot of work since most slicer software can do this for you automatically. However, it does use up a good amount of filament and increase the time it takes to finish printing a given 3D design.

Photopolymer resin is vulnerable to light and heat degradation.

By design, photopolymers are sensitive to any form of light or heat. The same process that converts liquid resin to solid plastic is also responsible for the natural deterioration of photopolymers. This means that products made via PolyJet technology are not meant for long-term use especially in an outdoor setting.

This property also puts into question the suitability of PolyJet prints for prototypes that are meant to have rugged or functional properties. They may be strong when they are newly made, but these physical properties can become compromised over time.

Applications of 3D printing by PolyJet

The popularity of PolyJet may be far from those of other 3D printing technologies like FDM or SLA. However, it has carved out a niche in sectors that value the incredible level of details and versatility that the technology provides. The following are some of the more high-profile applications of PolyJet 3D printing: 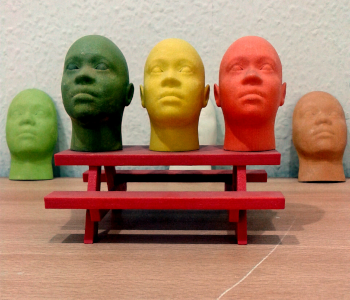 The most common use of PolyJet 3D printing is in rapid prototyping. While just about any 3D printing technology can be used to create prototypes, PolyJet is the preferred method by those who prioritize accuracy and level of detail.

The multi-material capability of PolyJet also means that it can create prototypes that are more functional in nature. With PolyJet, prototypes with rigid parts and flexible hinges no longer need to be printed separately.

PolyJet is also an excellent choice for concept models used in architecture and product development. Not only does PolyJet retain a greater level of detail from the 3D models, but its products are often more visually appealing without the need for laborious and time-consuming finishing.

3D printing is often used in the healthcare industry to create physical models of 3D scans of people’s internal organs. This aids doctors and other healthcare professionals in the diagnosis and management of patients. Since PolyJet prints are so details, these 3D printed models can even be used for the planning of surgical strategies.

As 3D modeling technology improves and becomes more common in the healthcare industry, we can expect the use of PolyJet 3D printing to grow along with it.

One of the more specific applications of PolyJet 3D printing in the healthcare industry is in the production of dental molds. In the old times, dentists used plaster-based material to create molds in a process that requires a lot of skill, is time-consuming, and results in an overall unpleasant experience for the patient.

Using a combination of 3D modeling and PolyJet printing, dentists can now dental molds much easier and quicker. It can even be argued that 3D scanned models are more accurate than those that were made using the more old-fashioned methods. These molds can help dentists design more precise crowns, braces, and brackets for their patients without making them suffer too much.

Educational aids and toys for kids

PolyJet is one of the most versatile 3D printing technologies when it comes to the availability of compatible materials. There’s the usual 3D printing plastics like ABS or PP, but there are also materials that are rubber-like, transparent, high-temperature, and bio-compatible. With the proper selection of materials, it’s possible to 3D print toys and educational aids that are perfectly safe for use by kids.

Despite having been around for years, PolyJet is far from breaking through into mainstream popularity. In this case, the popularity of the technology isn’t exactly a gauge of its reliability or quality. PolyJet is considered on the most detailed and versatile 3D printing technologies and one that many industries have deemed to be valuable.

Since Stratasys acquired the rights to the Polyjet brand, they have made great strides in its development. Nowadays, Stratasys is offering more than a hundred different photopolymer materials that are compatible with their PolyJet 3D printers. Even if PolyJet technology never reaches the humble workshops of 3D printing hobbyists, there is no doubt that there is still much potential in the technology that is yet to be explored.