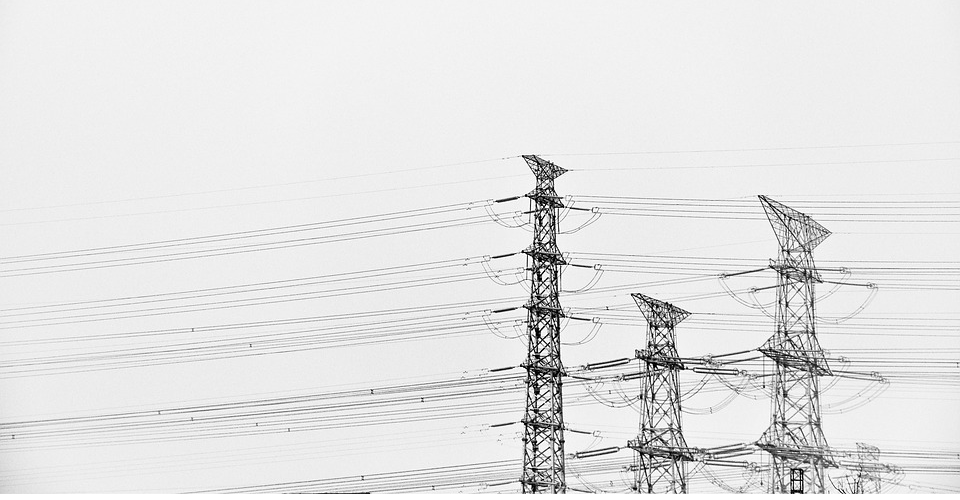 Things to Consider When Flying Drones for Power Line Inspection

by Joseph Flynt
Posted on July 27, 2019
21 Shares
3D Insider is ad supported and earns money from clicks, commissions from sales, and other ways.
DJI has just released the Mavic Air 2. See all of the specs here.

Flying drones for profit certainly sounds like a dream job for many people. After all, who wouldn’t want to be spending their days in the great outdoors while earning six or seven-figure salary? The market has gotten really competitive in the last few years, though, prompting a need for drone pilots to cater to more specialized needs.

Why use drones for power inspection?

There are several reasons why a power distribution company would want to conduct regular inspection of power lines. Over time, sections of the grid can get corroded, or some of the bolts can come loose. Power pylons are also very prone to lightning strikes, which can cause damage in the power lines or the transformers. Even the presence of bird’s nests is cause for concern since they can very easily catch fire and cause more damage.

Before drones, power companies had two choices to inspect power lines: ride a car under the lines and look for damaged sections or fly above them in a helicopter. The first option is cheap and fast but offers very little visibility. The second option provides a much better view of the power lines but can be very expensive.

Drones hit the perfect middle ground between these two options. It’s not as expensive as flying a helicopter, provides just as good as a perspective and can finish inspection jobs really quickly. Power distribution companies can either request a visual inspection of power lines to look for damaged or corroded sections or opt for a more sophisticated thermal imaging survey. With a drone-mounted thermal camera, “hotspots” can be identified across a power line, detecting potential problem areas before they get more serious.

We’ll say it right away: power line inspection is absolutely not for beginner drone pilots. Aside from the difficulty of flying in challenging conditions (which we’ll get to later), there is quite a lot of risk involved when you fly around such critical infrastructures such as power lines and communication towers. The following are some of the major issues you should anticipate when you fly near power lines:

High-voltage lines generate their own magnetic field, and the resulting interference because of this magnetic field becomes several magnitudes higher the closer you fly to the power lines. The worst thing that you can do is to fly between two power lines – this is something you should only do if you have the appropriate drone. Electromagnetic interference can result in a temporary loss of control of your drone, which is one of the easiest ways for your drone to get into a crash.

Even worse, flying your drone near a power line can result in an electrical arc discharge in a highly ionized environment. This momentary electric discharge can be strong enough to fry the electrical components in your drone, including the flight controller and the propeller motors. When this happens, you’ll practically need to overhaul your whole drone or buy a replacement.

With these issues in mind, it’s important to use a drone with the appropriate ferromagnetic shielding when flying near power lines. This shield acts as a Faraday cage, eliminating the effect of nearby magnetic fields on the drone’s electrical components. However, this does not protect against an arc discharge. The best precaution is to fly over power lines at a safe distance.

Power line inspection, being one of the most hazardous commercial drone applications, will demand a hefty premium if you apply for a liability or drone hull insurance. As we’ve mentioned, flying near power lines means exposing your drone to a wealth of possibilities for it to fail, crash, or get damaged.

Of even bigger concern is the possibility of crashing into electrical towers or power lines if you lose control of your drone. More than damaging your drone, you can damage critical power infrastructure. This is much more expensive, and something you would want to get a high liability insurance coverage for. Of course, a high coverage will require a large premium as well.

Power lines can be several miles long. Although enterprise-grade drones can have a control range of more than 7 miles, the FAA rule against flying beyond field-of-vision is much more restrictive. Even on a clear day and with a large drone, you would be lucky to fly beyond two miles.

Although you can apply for a waiver for this rule (subject to FAA approval, of course), we don’t think that flying near power lines with just FPV is something you would want to do. This limitation isn’t just something you would want to follow to comply with laws. There’s also a practical side to it. Do you really want to fly with limited visibility, knowing how much damage you can cause if your drone crashes?

Power line inspections is a field where fixed-wing drones are particularly suitable. They can fly faster, carry heavier payloads, and fly farther on a single battery cycle. Since power lines are typically restricted within a narrow corridor, the lack of maneuverability of fixed-wing drones becomes less of an issue.

However, it also needs to be said that fixed-wing drones are far less common and require a higher capital investment than multirotor drones. You will also need to be exceptionally skilled when flying a fixed-wing drone for power line inspection, given the factors that we have already mentioned above.

Do I need to get any formal training?

If you’re objective is to do power inspection lines as a profession, then you’ll be able to market your services much better if you have the proper certification. Any in-person flight training course from drone flight schools will be extremely valuable. You might even consider signing up for an actual degree program that will certainly help you upgrade both your flight skills and your knowledge of drone performance.

If you want to offer power line inspection services using IR thermography, then you might also consider signing up for a certification course with FLIR. The ABJ Drone Academy also offers several levels of drone thermography certification.

There aren’t a lot of options for power line inspection in the prosumer drone market, which is why we need to turn DJI’s special line of enterprise-grade drones. 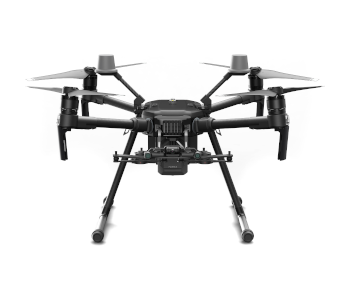 The Matrice 210 is one of the most rugged drones that DJI has ever developed and seems uniquely suited for power line inspection work. As a testament to this claim, it has been designed with superior protection against electromagnetic interference. It also supports dual battery installation so you can keep your bird on the air for longer – a critical element if you’re surveying a long stretch of power lines.

The Matrice 210 does not come with its own payload. Instead, you’ll have to combine it with any of the payloads from the Zenmuse line of specialty cameras. While this means that you’ll need to spend more than just the cost of the drone, it also means that you can make your setup as versatile as you want it to be. Better yet, the Matrice 210 can be outfitted with a dual gimbal assembly that allows you to capture thermal images and RGB images at the same time.

Another feature unique to the Matrice 210 is the option to mount an upward gimbal. This provides an opportunity to fly under power lines, keeping your drone away from hazard while providing a new perspective for a more comprehensive inspection job.

The Matrice 210 also supports a dual control feature that allows one pilot to take control of the drone while another is in charge of gimbal movement. This feature can greatly reduce the hazards of doing power line inspection by not having a single pilot’s focus split between multiple tasks.

As you would expect from an enterprise-grade DJI drone, its biggest disadvantage is a hefty price tag. Between the drone and the payload options, you can expect to spend at least $10,000 for a Matrice 210 setup. It’s a serious price for the serious pro. 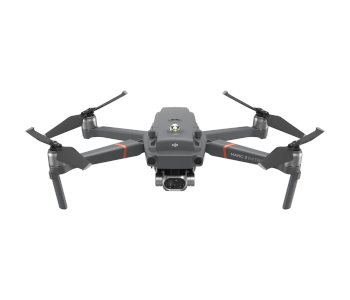 One of the more recent entries in the Mavic line of ultra-portable drones, the Mavic 2 Enterprise takes a huge leap in technology over its predecessors. In particular, the Enterprise Dual version combines a 4K camera with an IR thermal camera for dual imaging during power line inspection.

Protection against electromagnetic interference is provided by the upgrade OcuSyn 2.0 transmission technology, which DJI claims to be very stable even in challenging areas such as urban locations and along power lines.

Speaking of the size, it’s also great having thermal imaging technology in such a small drone. Carrying the Matrice 210 around, despite its foldable arms, can be a real slog because of its size and weight. That problem is all but eliminated with the Mavic 2 Enterprise.

Another advantage of the Mavic 2 Enterprise is that it’s much cheaper than the Matrice 210. The Enterprise Dual version was announced with a retail price of $2699 – not cheap, but much more palatable for many people. 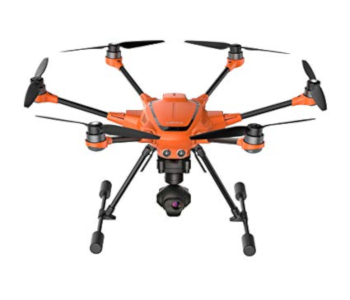 The H520 is Yuneec’s flagship enterprise-grade drone that features an interchangeable payload. While it was not designed specifically for power line inspection, it certainly seems like it’s up to the job.

The six-rotor design for which Yuneec has become quite famous for provides very smooth and stable flight performance, which is really nice to have when you’re flying near critical infrastructures. Since its landing gear is fully retractable, the payload camera is given full, unobstructed 360° range of rotation.

If you plan on using the Yuneec H520 for power line inspection, the best payload to go for is the CGO-ET dual thermal imaging and low-light camera. The thermal camera has an adjustable temperature range to better pinpoint heat anomalies, and the 1080p lens is 20 times better sensitivity in low light conditions.

One disclaimer we’d like to make about the Yuneec H520 is that it has not been deliberately designed for protection against electromagnetic interference. While Yuneec recommends that you fly under Manual mode when in the presence of high EMF, its warranty policy does not cover damage suffered due to signal interference.

The H520 drone with the CGO-ET thermal camera bundle costs between $3500 to $4000. It’s a bit more expensive than the Mavic 2 Enterprise but is still much cheaper than the Matrice 210. It’s a more versatile setup than an ultra-portable drone, though, which might be enough to justify the investment.

Power line inspection may be one of the most profitable things you can do with a drone, but it’s also one of the most difficult. Aside from the inherent risk of flying near power lines, crashing your drone near power pylons or on the lines themselves can put a huge liability on you. Thus, power line inspection is really only something that we’d recommend for the most experienced drone pilots. If you aren’t quite there yet, then we suggest taking the recommended training and certification courses as soon as you can.

Not only does it take a lot of skill to pull of power line inspection reliably, but it’s also going to require quite a bit of financial investment. None of the setups available for power line inspection are cheap. This is a field you’ll really need to seriously think about before going in. It’s really risky, but you know what they say about risks and rewards.