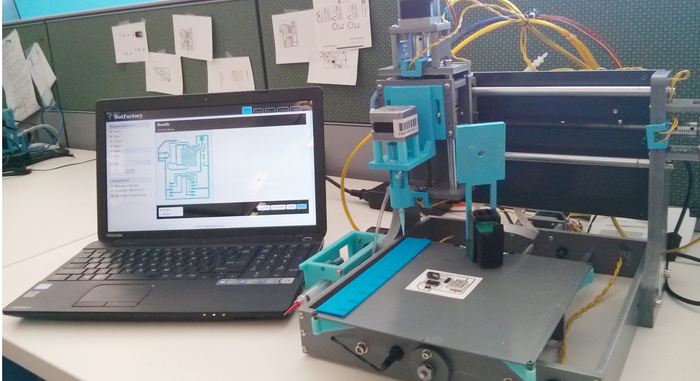 by Joseph Flynt
Posted on July 17, 2014
17 Shares
3D Insider is ad supported and earns money from clicks and other ways.

Homemade circuit boards can be produced in a variety of different methods, including acid etching, routing, laser etching and many more methods; however a company in Brooklyn, New York wants to simplify the process by bringing circuit board 3D printers to the market. 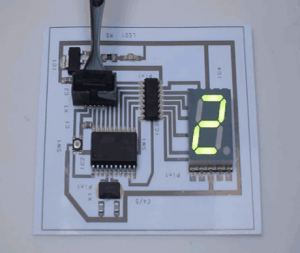 The Squink circuit printer uses a three step process to manufacture circuits. First, a conductive ink is applied onto a substrate, creating what BotFactory calls “silverboards”. The next step involves conductive glue that is applied where the pins of the components will be placed. Squink’s final process is the assembly phase of the operation. Components are picked up from a tray, aligned, rotated, and placed onto the glued parts of the circuit.

Squink was developed by a group of engineers at NYU Polytechnic School of Engineering. Their aim was to develop a tool that allowed people to immediately test their circuit design, rather than replacing traditional circuit manufacturing. “We really want to be a stepping stone – try it out really quickly and once you’re ready, then you crank out about 100 boards from a manufacturer,” said Nicholas Vansnick, robotics engineer at BotFactory.

Future additions to Squink could include the use of an insulating ink that would separate circuit layers. This would mean users could create complex, multi-tiered circuits. “There are positive results so far but it is still a work in progress. There would be no need to align-glue different layers. It would “3D print” a circuit.”

BotFactory has launched a crowdfunding campaign on Kickstarter and they are looking to raise $100,000. All early bird specials have been taken, however those looking to back the project can still purchase a Squink circuit printer for $2,999.