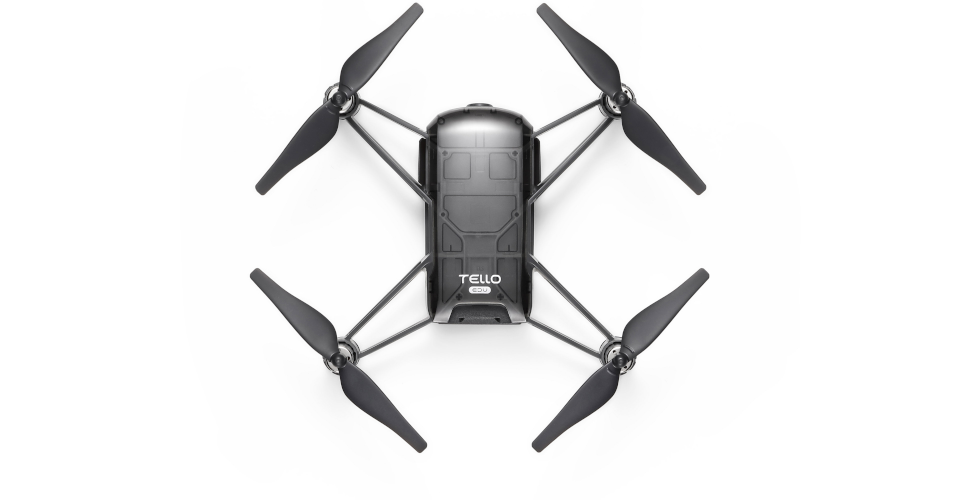 by Joseph Flynt
Posted on September 29, 2020
13 Shares
3D Insider is ad supported and earns money from clicks, commissions from sales, and other ways.

Some people may see drones as weapons used by the military, while others may see them as mere toys. However, the possible uses of drones have greatly diversified in the last few years. They are now used as tools in various industrial and commercial settings. Some forward-thinking institutions have also used drones as tools for teaching coding or for general STEM education.

In this article, we look at the best drones that can be used as fun and engaging tools for coding education. While not exactly top-of-the-line, these drones provide just the right tools and environment for students to learn the basics of programming.

How are drones used for STEM education?

For the past decade or so, many educational institutions have put a much larger focus on education in the field of STEM – science, technology, engineering, and mathematics. This has become more relevant as more and more industries move towards automation, data-driven decision making, and practices based on the hard sciences.

Building up proficiency in STEM, especially in the early stage of a child’s education, has been perceived as a great time investment for the learning development of children and will set them up to contribute to society in a more meaningful way.

Even within the field of STEM, there is still a large degree of diversity in learning technologies and strategies. This places educational institutions on a constant race to have the most cutting-edge STEM education strategies that are reflective of how industries evolve. In 2020, one technology that is still considered “cutting-edge” is drones.

Despite the growing prevalence of drones, they are still quite novel devices that will surely spark interest in young students. A drone for STEM education does not need to come with the latest features. A drone with a development kit for DIY programming would be very useful, as would one that requires the assembly of its individual components.

Any of the drones in this list can provide a fun and immersive learning experience for young students. They are also pretty cheap, making it possible for students to get creative with their own drones. Lastly, they are hardy enough to withstand a few bumps and crashes – something that’s inevitable when you have a room full of first-time drone pilots. 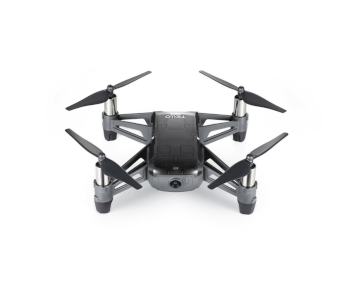 The EDU version of the popular Tello drone from Ryze and DJI comes with an updated SDK 2.0, support for block programming and other programming languages, and a set of Mission Pads. It is slightly more expensive than the standard Tello, but not by much.

With functions like object recognition, 3D tracking, computer vision, and deep learning, the Tello EDU can prove to be a great learning tool for young students. They can start with simple block programming and progress to the Swift programming language using the Swift Playground app. It’s fun, easy, and provides an engaging tutorial that follows a simple storyline. With enough skill, you can even program a swarm of drones from a single device.

The Mission Pads that come included with each set go a long way towards diversifying what you can do with this programmable drone. They can serve as both markers and triggers, telling the drone to change direction or perform tricks when they get detected by the drone’s sensors.

This upgraded version of the Tello comes with all the hardware of the original Tello. It has a 720p camera aided with digital stabilization, a 13-minute flight time, and a set of propeller guards to make them safe to fly indoors. In terms of overall quality, few drones at this price range can rival the Ryze Tello. 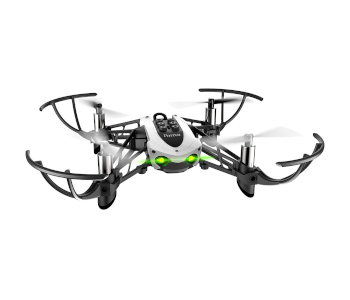 The Parrot Mambo Fly is the drone that perfectly complements the Parrot Education program, a movement by the drone brand to revolutionize education by bringing more drones to the classroom. A drone from the Parrot Mambo line is perfect for this purpose, as these mini-drones are among the most stable and easiest to fly in the market.

Parrot offers several options for coding the Mambo Fly. Beginners can start with the simple block-based coding app Tynker, which allows you to drag and drop pre-defined coding blocks to build an algorithm. They can then move on to the Swift Playground, which simulates text-based programming using Swift code. The Mambo Fly drone can even support programming via Python or JavaScript – two of the more useful programming languages used today.

With an array of sensors including a gyroscope, accelerometer, air pressure sensor, and an ultrasonic sensor, the Mambo Fly can detect objects and conditions in its environment and use them to trigger specific responses.

The Parrot Education program is the secret ingredient that sets this educational drone apart. Parrot offers discounted classroom bundles that include accessories, spare parts, and even an entire coding curriculum with the drone. This is a great deal for any educational institution that has no idea how to jumpstart a drone-based coding program. 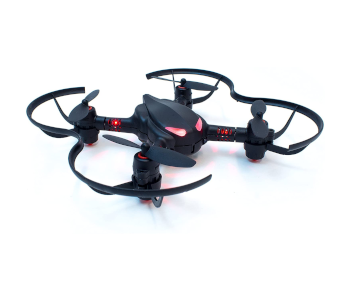 The CoDrone Pro from RoboLink may not enjoy the brand popularity of Ryze/DJI and Parrot, but it is one of the more well-developed educational drones around. The CoDrone Pro is the more advanced option, but users may also opt for the simpler CoDrone Lite.

Just a word of warning – the CoDrone Pro is going to require a bit of assembly. Every component and tool you will need is included in the package, but this is certainly not a ready-to-fly drone. This provides a great opportunity to learn about basic electronics and wiring on top of the lessons on coding that a student will pick up later on.

As a response to the current circumstances, RoboLink has started to offer virtual classes for students who need a more guided approach to coding education using their drones. 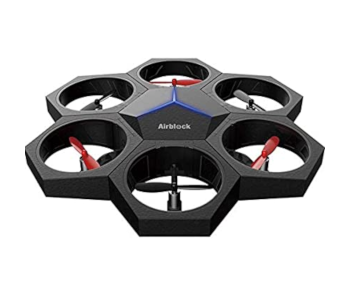 It just takes on look at the Makeblock Airblock for anyone to figure out that this is a truly unique drone. With a single core module and six removable power modules, the Airblock can be a good educational tool for both coding and real-world physics.

Programming is done mainly through the Makeblock app through a simple block-based interface. Although the programming environment is quite limited in that it offers no text-based alternatives, the versatility of the Airblock’s modular design more than makes up for this drawback.

Each of the drone’s power modules can be connected to the core module magnetically. There are several different ways to do this, allowing the drone to transform to a hovercraft, spider, or a triangular drone with just a few quick alterations. There isn’t even a need to stick to these prescribed forms, as the student is free to come up with their own creations. 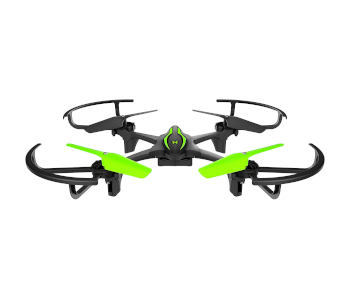 If you want students to experience the satisfaction of building their own high-performance racing drones, then the e1700 Stunt Drone Builder from Sky Viper will be an excellent choice. Every component of this drone comes separately – from the drone frame to the remote controller. Even with the instructions, assembling the drone and controller can take several engaging hours.

The key to the learning experience is the Sky Viper Builder app. Not only does the app provide step-by-step instructions on putting together the drone, but it also has lessons about how each component work and how they contribute to the drone’s capabilities.

Before flying, the student can take a quick tour through the app’s flight lessons that detail how the controls work and how specific functions, like trimming the controls, can be used to customize the flight experience.

All things considered, the Sky Viber Drone Builder does not provide as rich of a learning experience as the other drones in this list. Its most compelling value is that it teaches students about the basics of electronics, wiring, and aerodynamics. However, it does not offer completely programmable functions. If you’re looking for drones that focus on coding education, then you may need to look elsewhere.

Nowadays, just about every drone has some form of programmed algorithm built into them. In more expensive drones, this open-source nature allows experienced users to program drones to serve more sophisticated industrial or commercial needs. However, this capability can also be scaled down to make drones useful tools for STEM education, particularly in the field of coding, mechanics, and electronics.

With coding becoming an increasingly valuable skill in modern industries, there is little doubt that programmable mini-drones will increasingly become common elements in classrooms around the world.