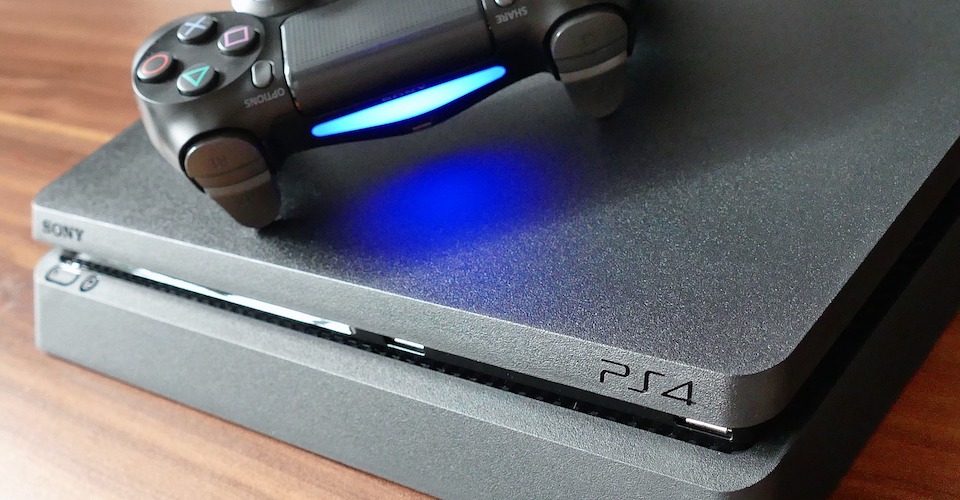 by Joseph Flynt
Posted on February 23, 2019
29 Shares
3D Insider is ad supported and earns money from clicks and other ways.

The PS4 is the undisputed leader in the home console race of this generation. With a powerful GPU, a remodeled DualShock controller, and a wide selection of exclusive, high-quality games, the PS4 generation has redefined today’s gaming standards. It’s not a perfect machine, though.

In as much as the Sony console is popular for its exclusive titles, it’s also equally as well-known for having a very loud fan. This problem has plagued many PS4 owners throughout the years and can disrupt your immersion as you swing around New York city with Spider-Man or wreak havoc on the Norse gods as Kratos. Is there a way to make this fan quieter? Why is it so loud anyway?

Why is the fan in the PS4 so loud?

The first thing you need to know is that a loud fan is not a problem that is unique to the PS4. The fat version of the PS2, as well as the original Xbox 360, also had fans that were even louder than the PS4. In neither of these cases was a loud fan an impediment to how the consoles performed. However, we agree that a loud fan can be a nuisance especially when you would rather hear the audio coming from your game.

One thing to keep in mind is that a fan gets louder the faster it spins. The cooling fan of the PS4 is meant to lower the temperature of its internal components. Unfortunately, modern games with their beautiful graphics tend to be more demanding of processors, resulting in consoles that heat up faster. Gamers are probably familiar with spending several hours on the PS4 with the fans getting louder and louder the longer they play. There are also accounts of PS4 consoles starting whisper-quiet and only getting louder after several months or years.

In all these cases, a loud PS4 fan can be traced to the fact that it has to spin faster. The cooling fan automatically responds to the console heating up, spinning faster and causing a louder noise. After several years of use, the vents of the PS4 can also have a buildup of dust. This is normally not a serious concern and will not affect the console’s internal components. However, dust buildup also reduces the efficiency of the cooling fan. This means that the fan will need to spin faster to achieve the same amount of cooling that could have been possible at a lower speed if there was no dust buildup.

Is there a way to lessen the noise?

Luckily for PS4 owners, developing a fundamental understanding of the source of the loud fan noise presents several easy solutions to remedy the problem. By helping keep the console cool or eliminating the dust buildup, you should be able to hear a significant improvement in your fan’s noise level.

The easiest solution is to ensure that your PS4 has enough ventilation. Don’t forget that the cooling vents of the PS4 are located on both its side and rear portions. The side vents are for air intake, and the rear vents are for exhaust. Make sure that these areas are free of any obstruction so that the cooling fan can get as much cool air circulated into the PS4 as possible. If you can, clear out the entire area around your PS4, so there is healthy circulation not just inside the console but also around it.

For many PS4 owners, their consoles essentially become integrated into their households. At times, this means that the PS4 ends up surrounded by clothes, bags, and book. Even if these objects do not directly cover the cooling vents, the whole PS4 does heat up, and this heat can accumulate faster if there are objects in contact with the console.

You should never place your PS4 console inside a closed cabinet, especially while you are playing it. This is a sure-fire way to heat up your PS4 quickly. Doing this will not just make your fan louder but will likely also end up causing permanent damage to your PS4.

Knowing that the PS4 heats up on its own while it’s running, playing in a hot room will not do it any favors. If possible, you should keep the PS4 in a room with a comfortable temperature. We have read accounts of PS4 owners experiencing loud noises when using their consoles inside rooms at a temperature of 82 °F. For best results, keep your PS4 running in a room with a maximum temperature of 73 °F.

Even if you perform all the measures to ensure that your PS4 has enough ventilation, dust will still inevitably build up in its vents and all of its small nooks and crannies. Without taking apart your PS4, the best way to get rid of this dust buildup is by using a can of compressed air. Before you do this, make sure that the PS4 has been shut down and unplugged.

Anytime that you are using compressed air, you need to make sure that you are holding the can upright, so you do not end up releasing the moisture that is inherently found in any can of compressed air. Start cleaning by blowing compressed air into the middle indentation of the PS4 and the USB ports. Try and avoid the slot where the disc is inserted. Do the same for all other ports on the back. Use the compressed air to clean off the surface and wipe with a microfiber cloth.

As for the vents, it’s possible to loosen up the accumulated dust using compressed air. This should result in some improvement in the fan’s performance, although there will inevitably still be some dust remaining inside. Unfortunately, there’s just no way to completely clean out the vents without opening up the PS4. Should you attempt to blow compressed air into the vents of the PS4, wait a few minutes before you turn it back on to allow the internal temperature to return to normal.

4. Use a vacuum cleaner

Although many PS4 owners have warned against the use of a vacuum to clean out the PS4 vents, the user manual itself states that this is viable and safe way. If you have a vacuum with a narrow nozzle attachment, you can simply stick this close to the rear and side vents to suction off some of the dust. Take note that even with the use of a vacuum, you are unlikely to clean off all the dust inside the vents without having to take apart the PS4. If you decide to use a vacuum to clean off your PS4, wait a few minutes before turning it on again to allow its temperature to normalize.

5. Open up the console

If you’ve done all you can yet the fan of your PS4 stills sounds like a jet taking off, then it’s time to do minor surgery on your console. Take note that opening up your PS4 voids its warranty. If your PS4 is more than a year old, then warranty violation is no longer something you need to be concerned with.

This is not a particularly difficult process, but it’s quite bothersome that the PS4 does not use standard screws. Instead, you will need to get a special screwdriver called a T8 Torx Security Bit.  This type of screwdriver has a very small dimple in the middle that matches a tiny protrusion on the middle of the screws that the PS4 uses. Before taking apart the PS4, shut it down completely and unplug it.

After removing the three screws, you need to turn the PS4 upside-down. You will need to remove the plastic bottom cowling. This cover should pop off without much effort. Just take it slowly and be gentle so that you do not cause any damage to your PS4. After removing this cover, the fan should be completely visible. You can clean the whole fan, including the grills, with compressed air. Again, make sure to hold the can of compressed air upright, so you don’t blow moisture into the fan.

After you’re satisfied with your cleaning efforts, leave the fan uncovered for 15 to 30 minutes. This is a safety measure just in case you inadvertently sprayed any moisture on the fan. You can then carefully replace the cover and the screws.

Does this problem persist in the PS4 Slim and PS4 Pro?

The thing about fan noise is that it is unavoidable, whether it’s for the launch PS4 model or on the later PS4 Slim and Pro releases. No console is immune from poor ventilation and dust buildup, especially when they are used in less than favorable conditions.

There have been mixed reports on whether the PS4 Slim or PS4 Pro is quieter than the PS4. Feedback has been mostly favorable, though, with owners of these consoles reporting that the newer releases are whisper quiet compared to the original. User experience will likely vary based on the environment and the games being played, so there probably won’t be a universally-agreed consensus on this matter. If fan noise is a deal-breaker to you, then you should be satisfied with either a Slim or a Pro

The original PS4 was launched in 2013. It seems a little long in the tooth, but the marginally improved PS4 Slim or PS4 Pro versions have managed to keep the console fresh. A slew of high-quality and well-reviewed games have also kept the PS4 relevant despite its age.

The problem of loud fan noise is one that has plagued the console gaming industry ever since games started to be more GPU-demanding. Considering that gaming consoles are not likely to convert from air cooling to water cooling, fan noise will probably continue to be an issue even in the next generation of consoles. Still, fan noise is unlikely to stop any gamer from spending several hours lost in their gaming world. With a little maintenance and the proper environment, fan noise is but a small issue that could be easily managed.