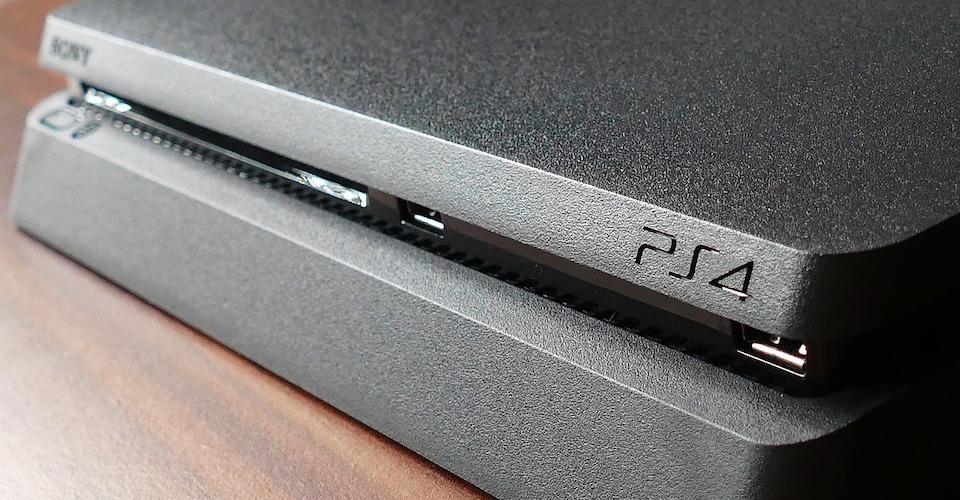 by Joseph Flynt
Posted on February 23, 2019
25 Shares
3D Insider is ad supported and earns money from clicks and other ways.

In just a single year, Sony has managed to keep their latest generation of gaming consoles fresh by releasing marginally improved versions of the original PS4. Both the PS4 Slim and PS4 Pro were released in 2016, each one boasting of unique features that enhance the gaming experience in different ways. Two years after, the question of whether to get a Slim or a Pro is still one that pops up quite often. Which console should you get in 2019?

The difference between the two models that is easiest to see in their designs. As its name implies, the PS4 Slim is much smaller and lighter than the original PS4. It’s shorter and thinner, making it easier for the PS4 Slim to find a good spot beside or under your TV.

Each PS4 console has cooling vents on both the sides and the rear portion, so you’ll need to make sure that there you can provide ample space for ventilation. A PS4 with poor ventilation will tend to overheat, resulting in loud fan noise and may run the risk of permanent damage.

By default, the original PS4 came with a 500 GB HDD. This capacity sounded huge at the time of its release. Six years down the line and more than 1,800 titles after, PS4 owners regularly find themselves having to delete old games to make space for new ones. Although a PlayStation Plus subscription provides cloud storage for extending your storage options, it would still be much more convenient to save your games locally.

A standard PS4 Slim comes with the same 500 GB HDD. This isn’t a surprise, considering the size and the price of a PS4 Slim. As with the original PS4, you have the option of upgrading the console’s HDD to any hard disk of your choosing.

The PS4 Pro takes things up a notch by coming with a 1TB HDD by default. This upgrade was greatly appreciated by the gaming community back when the Pro was first released. Larger storage capacity has been particularly important nowadays, as longer games with higher-quality graphics tend to require more storage.

If you are the type of gamer who likes to play several games in parallel, then the larger storage space of the PS4 Pro might be very useful for you. Having to delete your old games and save files is always a heartbreaking process, no matter what console you have. If you find that the storage space that comes by default with your console is no longer enough, then you can always augment it with an upgraded HDD or an external HDD.

The original PS4 came with two USB 3.0 ports, an Ethernet port, an optical audio output, and an HDMI 1.4 port. Newer releases of the PS4, as well as the PS4 Slim, no longer had an optical audio output, choosing instead to stream audio exclusively through the HDMI port. This is not a problem if you only want audio output on your TV. However, if you wanted to share the console’s audio to an external device, such as a soundbar or headphones, then you had to get an HDMI adaptor.

Likely due to negative feedback on the removal of the optical audio port, the feature returned in the PS4 Pro.

Both the PS4 Slim and PS4 Pro upgraded their USB ports to 3.1 from 3.0. Not only does USB 3.1 double the data transfer speed to 10 Gbps, but it also has a faster power delivery of up to 100W. This means faster charging of DualShock controllers, as well as the fancy PlayStation Move controllers for PlayStation VR.

There’s a key difference, though: The Pro has three USB ports, while the Slim only has two. If you only shuffle between two controllers, then this discrepancy shouldn’t be much of an issue. However, the third USB port of the Pro can be very useful if you use have the PlayStation Move controllers. The pair of controllers will hog another two USB ports while charging.

Both the PS4 Slim and Pro have upgraded to Bluetooth v4.0, a faster version of the v2.1 found in the original PS4.

The last key difference is while the Slim inherits the HDMI 1.4 port of the original console, the Pro features an HDMI 2.0 port. This is a critical upgrade to support the 4K capabilities of the PS4 Pro (which we shall discuss in detail later).

The biggest difference that will set the Slim and the Pro apart is what lies under the hood. The PS4 Slim has essentially the same hardware like the PS4, albeit it has been packaged in a lighter and more compact design. On the other hand, the PS4 has been upgraded in all performance areas. To better illustrate this, the table below summarizes how the hardware of each console differs.

In addition to having a more powerful CPI and GPU, the PS4 pro has an additional 1GB RAM dedicated to non-gaming activities. This means that watching NetFlix and YouTube videos on your PS4 Pro will no longer share the same resources as your games.

Another huge upgrade of the PS4 Pro is its support for 4K gaming and media streaming. Newly released games, as well as many streaming channels, have started to roll out content in 4K resolution. This opens up a whole new world of high-resolution gaming, as the original PS4 and the PS4 slim were only capable of 1080p video output. PS4 Pro owners have the option to activate 4K at 30 fps or 1080p at 60 fps.

If you are the type of gamer who will appreciate the jump in graphics quality from 1080p to 4K, then the PS4 Pro is a worthwhile console. It should be mentioned that to take full advantage of the 4K upgrade of the PS4 Pro, you must have a 4K or Ultra HD TV. However, this does not mean that the upgrades of the PS4 Pro are completely invalidated by the lack of a 4K TV.

Most games that have released patches specifically for the PS4 Pro boast of a sharper image, higher framerates, or other subtler improvements. Even games with no Pro upgrades can benefit from the Pro’s Boost Mode, which improves the framerate of selected titles

Now that we’ve listed down all the benefits of owning a PS4 Pro, it’s time to pull back the reins a bit and show that these upgrades come at a price. If you’re conscious about how much power you’re consuming in a month, then we’ve got bad news if you’re leaning towards getting a PS4 Pro.

At 310W, the PS4 Pro consumers nearly twice as much power as the 165W of the PS4 Slim. Even compared to the 250W of the original PS4, the decrease in power consumption of the Slim is huge. If you spend several hours per day gaming, you will surely feel an increase in your power bills once you decide to get a PS4 Pro.

The biggest selling point of the PS4 Slim and the reason why it has become massively popular is its price. At less than $300, it’s almost unbelievable that you can get a premium gaming console at such a low price. Even the 1TB upgraded version of the PS4 Slim only costs slightly less than $300.

On the other hand, the PS4 Pro retails between $400 to $430. Despite the upgraded hardware, the stiff price of the PS4 Pro may be too much for many people. If you don’t have an Ultra HD TV, then you might have to get one just to make the most out of your new PS4 Pro. A brand-new Ultra HD TV will set you back at least $250, to perhaps more than $1000.

The choice of which console you should get is a matter of which elements you prioritize while gaming. If you feel that the jump from 1080p to 4K and the improved framerate will greatly enhance your experience, then go ahead and get the PS4 Pro. However, the Pro is much larger and heavier than the Slim. If you have limited space in your entertainment nook, then perhaps the Slim will be a much better fit.

Our advice: if you have the budget, then go for the PS4 Pro. The subtle upgrades, even if you don’t have a 4K-enabled TV, are worth the additional cost. We also anticipate more games coming out with more Pro patches, resulting in a greatly enhanced gaming experience.

If the PS4 Pro is slightly out of your budget, then don’t worry. The PS4 Slim is still an excellent machine that can play all the great games available in the Sony console. You also gain the benefit of having a smaller and lighter machine, making it the type of console you can pack up and bring into parties, much like the older days of gaming.

Whichever console you decide to get, you are not likely to regret your purchase. The quality of the games in this generation are top-notch, many of which will be considered classics and will continue to entertain in the years to come.