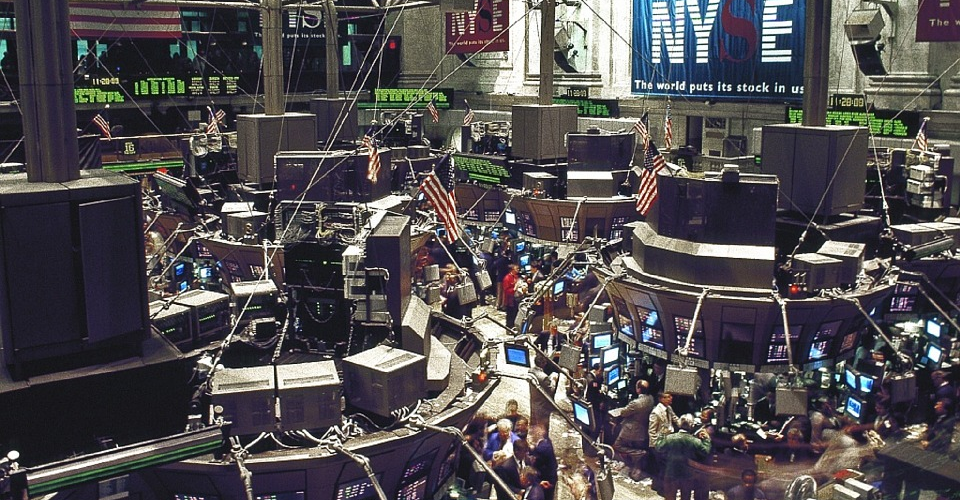 by Joseph Flynt
Posted on March 19, 2019
13 Shares
3D Insider is ad supported and earns money from clicks, commissions from sales, and other ways.

3D printing might be a great hobby for desktop-scale creators, but let’s not forget that industrial-scale 3D printing has also been the foundation for a lot several successful businesses and corporations. In fact, some of these corporations have gotten so big that they can afford to offer partial public ownership. In case you’re interested in buying stocks and sharing in the success of the industry, then we have compiled a list of the top publicly listed 3D printing companies.

Why are 3D printing stocks so successful?

When we look at 3D printing at the scale of the desktop FDM printers, it’s hard to imagine how they can be used to build multi-million dollar corporations. However, 3D printing technology is bigger and farther-reaching than we can imagine.

Right now, some of the world’s largest companies have turned to 3D printing for rapid prototyping and manufacturing solutions. 3D printing has the distinct advantages of being able to create highly-detailed parts at much lower costs and at higher precision compared to traditional manufacturing methods. Huge companies that operate across several different industries such as Nike, Audi, and Airbus, have been increasingly dependent on 3D printing technology as an essential step in their manufacturing process.

Despite the seemingly huge potential of 3D printing, the stocks of 3D printing companies are still way below the highs that they experienced back in 2014. This was a period of intense hype for the 3D printing industry, which proved to a be a little too extreme and unrealistic. However, this only means that these stocks can be bought at discounted prices now.

According to the Boston Consulting Group, the 3D printing industry could explode to a $15 billion market value by 2020. Some analysts have even gone as far as saying that buying the right stocks on 3D printing companies now is akin to buying stocks of Microsoft or Apple back in 2002. Determining whether these projects are realistic or not will require a much deeper level of analysis. Right now, we’re just going to come up with a shortlist of the 3D printing stocks with the highest potential.

In coming up with the list, a very basic fundamental analysis of each stock was done. We would like stress that we are not financial advisors or stocks analysts. Before you pour thousands of dollars into any stock, take the time to do your own due diligence. All figures quoted here are accurate as of March 18, 2019.

One of the oldest 3D printing companies, 3D Systems has the advantage of experience and a long history of reliability. Being an old company, they are also holders of some of the most crucial pieces of intellectual property and continue to innovate compelling new technologies. They have run into management issues in the past, but there’s no reason to believe that they won’t remain a strong presence in the market moving forward. With clients across several industries including transportation, healthcare, manufacturing, design and engineering, 3D Systems seems to be one of the most robust companies that you can rely on to endure the ongoing downturn of the industry’s stock price.

The Minnesota-based Proto Labs is a relatively young company that has only gone public since 2012. The company is not a pure play in the 3D printing industry as it relies on three additive technologies: stereolithography, selective laser sintering, and direct metal laser sintering. The more diverse offerings of Proto Labs make it a safer bet, in case 3D printing does not prosper at the rate that is forecasted.

A huge competitive advantage of Proto Labs is their turnaround time. The company bills itself as the fastest digital manufacturer of prototypes worldwide and this reputation is enough for them to gain clientele from all over the United States, Europe, and Japan. With the expansion of its manufacturing facilities last year, Proto Labs has perhaps one of the highest potential for growth in the rapid prototyping industry.

Stratasys has been in the 3D printing game since 1988 and has one of the largest footprints globally. With more than 18,000 clients the world over including the biggest name names in automobile and aircraft manufacturing, Stratasys has to be one of the most conservative plays in the 3D printing industry. They have also established a firm foothold on the technology since they own a 25% share in industrial 3D printing and have more than 600 granted or pending manufacturing patents.

The subsidiaries under Stratasys are some of the most recognized names in the 3D printing industry: MakerBot, RedEye on Demand, Solid Concepts, and GrabCAD. 2019 seems to be a breakout year for Stratasys, as their stock price has just recently reached a 52-week high of 28.67.

Materialise is a Belgian-based company that specializes in developing 3D printing software and on-demand 3D printing services. Unlike other big players, Materialise does not manufacture their own 3D printers. Instead, they focus on software and services mainly for clients in the healthcare industry. They have a sizable technology base with more than 95 approved patents and 165 more that are pending.

Materialise has made a couple of big moves in the past few years. In 2017, they were able to secure FDA clearance for their 3D printed radius and ulna osteotomy guides. They have also worked together with HP to produce the HP Jet Fusion 3D 4200 technology and to create customized 3D printed shoe insoles.

If there’s one thing that’s working against Materialise, it’s the fact they are currently over-valued. With a very high P/E ratio, buying Materialise stocks right now is something we can only recommend to investors with high risk appetite.

Nano Dimensions is far from the level of popularity and market capital as the previous entries in the list but is worth looking at for the meantime. This company has mainly focused on 3D printings of electronics and nanotechnology-based ink products. The DragonFly 2020 3D Printer, their flagship product, can print high-resolution circuit boards in just a few hours.

In 2018, the company established the Nano Dimensions HK to expand their reach to the Asia Pacific market. Together with their local partner, Shandong Guohui Investment, the company is hoping for enhanced market growth through joint scientific work.

The stock has performed poorly for most of the past year, massively dropping in value from a high of 2.84. Depending on the results of their expansion, this stock could be due to rebound soon. Even if now is not the time to buy into Nano Dimensions, this is a stock you should be keeping on your watch list.

ExOne is another relatively smaller 3D printing company that specializes in customizing 3D printing machines and products according to the needs of their customers. The company uses the proprietary Binder Jetting technology to manufacture complex engineering parts using a unique heatless technology to bind together industrial-grade materials such as metals and ceramics. Although they have a wide range of prototyping abilities, the client base for ExOne is not yet large enough to stimulate significant growth.

In terms of stock performance, ExOne still seems to be undervalued and is poised to experience further growth. With a stronger fundamental performance from the company, this stock seems to be waiting just for the right moment to break out.

HP is already a little too big to be still considered a 3D printing company, although their contribution to mainstream development of the technology cannot be discounted. It developed the Multi Jet Fusion technology which has enjoyed mainstream acceptance. 3D printing seems to be a field that HP will continue to focus on, especially since CEO Dio Wesler has announced that they will start development on the technology to 3D print metal objects.

Aside from coming up and releasing innovative technologies for 3D printing, HP seems to be committed to educating and training people to be proficient in 3D printing. In 2017, HP unveiled the first state-of-the-art laboratory that aims to help organizations develop and test the next generation of 3D printing applications. HP also owns one of the biggest 3D printing facilities in Guangdong, China, leveraging its location to take advantage of a massive Chinese manufacturing sector.

As a stock, HP might be one of the safest and diversified companies you can pour your cash into. At its current price, the stock is heavily under-valued. The stock has reached a 52-week high of 27.08, which translate to a huge upside.

The success that 3D printing companies have enjoyed at a global scale have proved that 3D printing technology is not a gimmick and has practical, real-world applications in some of the most important industries today. Of course, these companies operate at a scale that will dwarf that desktop 3D printer you have in your garage.

It’s very interesting to see how 3D printing technology continues to play an increasingly bigger role in the business and manufacturing fields. While this success isn’t likely to trickle down into desktop-scale 3D creators yet, buying stocks in one of the top companies is a good way to share in the benefits. Just remember that the technology is still young and far from established, and you may have to suffer through several ups and downs as a stockholder.