by Joseph Flynt
Posted on June 20, 2014
19 Shares
3D Insider is ad supported and earns money from clicks and other ways. 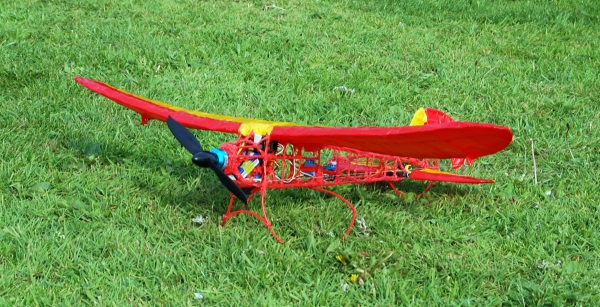 The 3Doodler was a massive success on Kickstarter last year, raising over $2.3 million; however we haven’t really seen anything amazing or practical created by one, until now. UK based designer, Matthew Butchard from SAS International in the UK has produced the world’s first functioning RC plane with a 3D printing pen.

Butchard has been working on various projects with his 3Doodler since the start of the year, but his latest creation, the RC plane is the most impressive. All the plane’s structures and some of the components were printed via the hand operated 3Doodler.

The design of the plane was modelled on a balsa wood model from Butchard’s childhood. “I originally chose this design as it has special meaning to me from my childhood when my father gave me similar balsa wood plane that I never quite finished but remember with great fondness,” wrote Butchard. 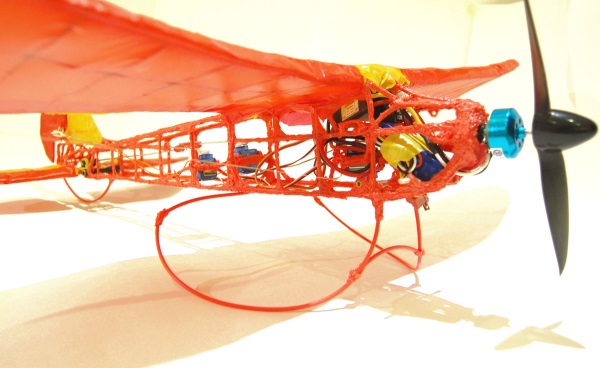 After installing all the servos and electronics, Butchard covered the plane with a material called Litespan, which was held in place with PVA glue. He also had to rebuild the plane a number of times due to excess weight.

According to Butchard the main advantage of a 3D printing pen is the ability to easily repair damaged components and quickly change the design. “With the 3Doodler you just do it. If you’re not happy with it then cut it out and do it again. It really is sketching in 3D, your first draft, your idea made reality to see how it works, how you can improve it before you progress into detailed design.”

Watch the video below to see Butchard’s printed RC plane in action. Head over to his blog to find out more about his design and check out some of the other creations he’s made with the 3Doodler.