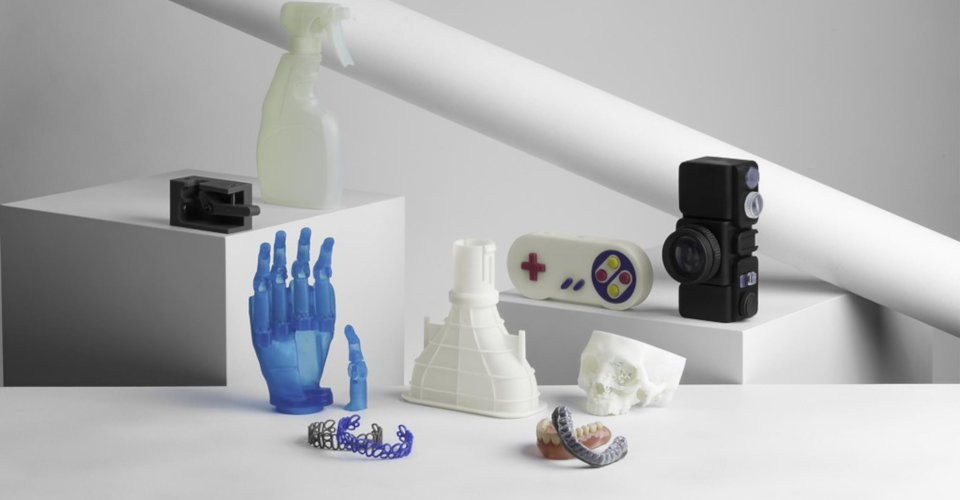 The Pros and Cons of Resin-based 3D Printing

by Joseph Flynt
Posted on February 6, 2020
17 Shares
3D Insider is ad supported and earns money from clicks, commissions from sales, and other ways.

3D printing has become so common that we have now reached a point where we have the luxury of choosing between alternative technologies. While filament-based FDM 3D printing still dominates the casual 3D printing market, it’s only a matter of time before resin-based 3D printing technology also becomes accessible.

What is resin-based 3D printing? 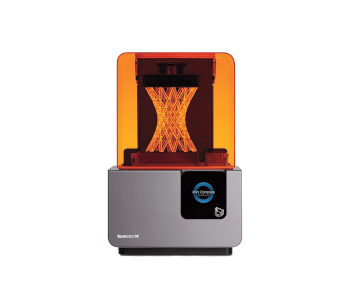 As its name implies, resin 3D printing uses plastic resin as the raw material, in contrast to the filament used in FDM technology. The liquid resin used in 3D printing is typically composed of either epoxy or a combination of acrylic and methacrylic monomers. When exposed to UV radiation, these monomers quickly form molecular bonds with each other and turn into a solid polymer.

3D printing using resins is also an additive process, just like FDM printing. This means that the process relies on a layer-by-layer building process where one layer forms molecular bonds with the succeeding layer. This process repeats until the whole model has been recreated.

In the current context of 3D printing, there are two predominant technologies of resin-based 3D printing: Stereolithography (SLA) and Digital Light Processing (DLP). Both technologies rely on the controlled emission of UV radiation on a vat of liquid resin, turning into a solid polymer according to a pre-defined model loaded into the slicer software.

SLA is the oldest form of 3D printing, and its process has been virtually unchanged since its development in the 1980s. It works by directing a laser at the UV frequency towards the vat of liquid resin. The point of emission is controlled by a mirror galvanometer. The laser moves along a single layer of the resin until the layer is completed, after which the build platform moves to allow for the fresh resin to be exposed to UV radiation.

The process for DLP is very similar except that it projects an entire layer at a time using an array of micrometer-sized mirrors, each of which can rotate to control the point of emission of UV radiation. However, more modern DLP printers have made the switch to using a panel of LED lights instead. This has made them cheaper and easier to maintain.

For both SLA and DLP printers, printing can be done at either the bottom-up or top-down orientations. The major difference between the two is the location of the light source. Bottom-up printers are much simpler and cheaper. However, they are very limited in the build size that they can accommodate, making them most suitable for desktop-scale 3D printing. For professional use, top-down printers are more preferred simply because they can create bigger projects.

In both cases, some amount of post-printing curing will be necessary to achieve optimal durability for prints made with resin. This can be done via a special UV chamber or simply by exposing the finished print to sunlight. 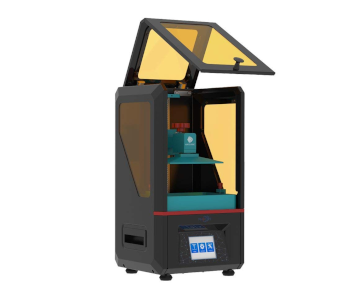 The number one reason for why you would want to print with resins instead of filaments is that resin-based 3D printing simply looks better. Where the resolution of FDM printing is limited by the size of the nozzle extruding the filament, resin-based printing is only limited by the size of the laser being emitted into the liquid resin. This allows resin printing to reproduce very fine details in its models. Moreover, prints made with resin come out with a satisfyingly smooth finish that can only be achieved in FDM printing if there has been some post-processing involved.

It’s worth mentioning that FDM printing technology has been making huge strides to bridge this gap. Nowadays, 10-micron FDM printers already exist, although these are still very expensive and are only used in industrial settings. It may not be long before resin-based printers end up conceding this advantage.

The process of printing with resin is considerably faster compared to printing with a filament. In an FDM printer, the extruder needs to move around the print bed to deposit the molten filament along the specified patterns. This is a slow process because of the weight of the extruder and the controlled manner in which the filament has to be extruded.

Resin printers have no such issues. In SLA printing, a single rapidly reorients to point the laser to the liquid resin along pre-defined patterns. DLP printing is even faster because it cures a whole layer in a single step. For this reason, fast-paced industries prefer using resin printers.

One of the major weaknesses of FDM printing is that its finished products exhibit strong anisotropy – or that their mechanical properties are not equal along all three axes. In particular, filament prints are weak against shear stresses acting along the direction of the layer lines because of the inherent weakness of the layer-to-layer boundaries.

The curing process allows for stronger layer-to-layer adhesion in resin-based printing, resulting in finished projects with mechanical properties that are much more uniform across all axes. Because of this property, prints made from resin are preferred for engineering components and functional parts. 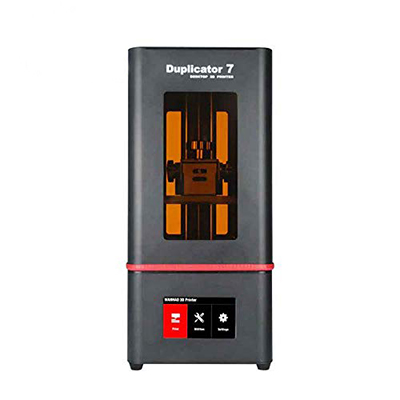 Printing with resin is more expensive, both in terms of the printer and the raw materials. While you can buy a desktop-scale FDM printer for about $300, the cheapest resin printer you can get today will still cost more than $1000. If you want to go for one of the more popular models, you’ll have to fork over close to $3000.

The cost of the liquid resin is also substantial. You can get a cheap spool of PLA or ABS filament for $5, but that amount will only be enough for about a liter of liquid resin. Depending on the printer model, you might need several liters to fill up the resin vat.

The problem of printing with resin is that you need to fill the whole resin vat every time you start a project. Although the emission of UV radiation to the resin vat is highly controlled, it’s still not a perfect process. Inevitably, some of the unused resin would have gone a process of premature curing. This limits the degree of recycling that can be done with the unused resin.

2. No option for composite prints

High-end FDM printers can have multiple extruders, making it possible to create prints made with a combination of different filament materials. This can prove really useful if you’re printing a model that requires support structures, as some materials are simply more suitable for support. For instance, PVA filament can be removed simply by soaking the finished print in water.

Resin-based printers do not have this advantage. A project has to be printed in a single vat of resin, so the material will be uniform all throughout. This is quite limiting in terms of design opportunities, but also makes post-processing just a little more complicated.

In both FDM and resin-based printing, post-processing is necessary if you want your prints to have that professional-grade finish. Support structures have to be removed, imperfections sanded or polished away, and the suitable paint applied.

Removal of support structures is much easier in FDM printing because of the option for composite printing. Although the surfaces of prints made from filament have a lot more imperfections, the sanding and polishing process is pretty simple. There’s going to be a lot of elbow grease involved, but it’s clean and is certainly no rocket science.

The biggest turn-off in the post-processing of a resin print is how messy it is. If you’re removing support structures, you’re going to have to do it before the post-curing step. At this stage, the supports are still soft and easier to remove. You’ll also need to remove the excess resin on the surface of your finished print with some isopropyl alcohol. You’ll want to wear some gloves while doing this and have your workspace lined with plastic sheets. The huge mess that the process makes can prove to be very discouraging.

Despite being the first 3D printing technology that has been developed, resin-based printing has become vastly overshadowed by FDM printing. With a large userbase and a thriving community, filament-based printing continues to attract more hobbyists, organizations, and industries. This early success has fueled its continuing popularity, making desktop-scale FDM printers very cheap. There’s also a seemingly endless variety of filaments available today, from standard PLA and ABS to more exotic ones like carbon fiber and wood-filled.

In contrast, the community of resin printing enthusiasts is much smaller. There aren’t many desktop-scale resin printers, and what’s available is still pretty expensive. Without a large market, the selection of liquid resins is dwarfed by the variety of 3D printing filaments. Simply put, the world of resin-based printing is pretty small, and it has been that way for a few decades.

If you’ve ever seen the quality of a finished product of resin-based 3D printing, you would also wonder why it hasn’t quite caught on. Resin products look amazing, even fresh from the printer. They don’t have the visible layer lines that are characteristic of filament-based printing. Not only are they more detailed, but they are also mechanically stronger.

As we’ve outlined in this article, printing with resin also has its setbacks. It’s messy in post-processing and has no option for composite printing. Most importantly, resin-based printing is much more expensive than printing with filaments. It also doesn’t have the advantage of the huge community that has been built behind FDM printing.

With desktop-scale SLA printers becoming more common, perhaps it is only a matter of time before resin-based printing hits mainstream popularity. However, we believe it’s always going to be a niche market. There’s still room for the technology to grow, but resin printers are never going to achieve the same footprint as FDM printers.