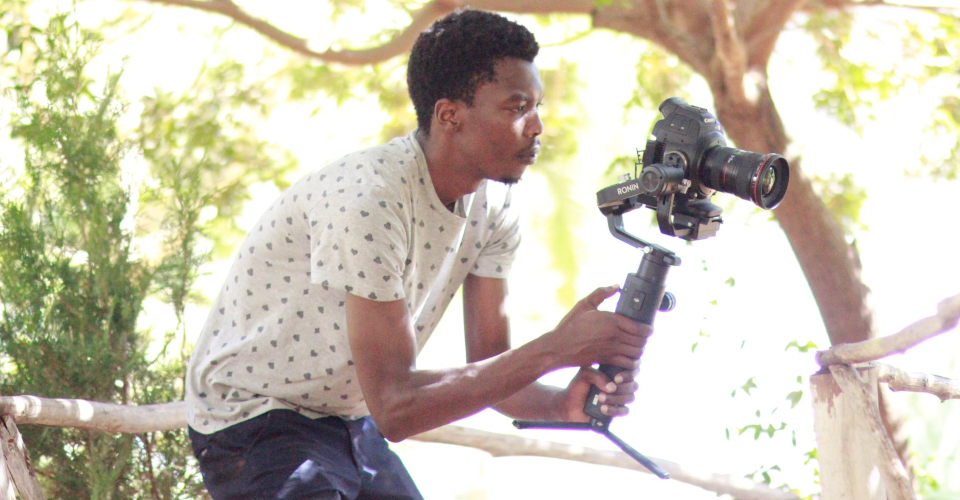 The Ronin-S vs. the Ronin-SC: Which One Should You Get?

by Joseph Flynt
Posted on August 10, 2019
21 Shares
3D Insider is ad supported and earns money from clicks, commissions from sales, and other ways.
DJI has just released the Mavic Air 2. See all of the specs here.

Nowadays, any professional photographer worth their salt has to work with a handheld gimbal. Even the most advanced digital stabilization algorithms cannot compete with the real mechanical stabilization that a gimbal can offer.

In the field of handheld gimbals, the DJI Ronin-S has been long-established as a reliable and excellent product. More recently, this position has been threatened by another gimbal from the same brand: the Ronin-SC. How do these two models stack up to each other? If you do any sort of professional photography or videography, which one should you get? 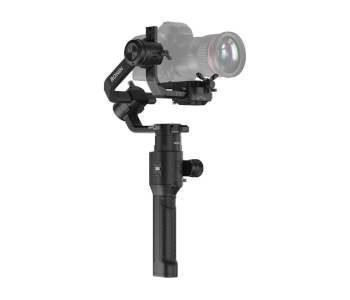 The Ronin-S was released only less than a year ago, quickly becoming one of the most popular handheld gimbals among professional photographers. It was basically a single-handed version of the much bulkier Ronin-M, retaining many of the same features in a much more compact and efficient form factor. The Ronin-S was lauded mostly for its ease of use without compromising on performance. With some clever engineering and a wide set of features, the Ronin-S easily made its mark in the photography and filmmaking industry – even in a market that was already pretty crowded.

The Ronin-SC, announced only a few weeks ago, has instant appeal just on the basis of its smaller and lighter build. The C in Ronin-SC stands for “Compact.” This is a handheld gimbal that will make long shoots more tolerable, not to mention that transporting and carrying around the Ronin-SC is much easier. Moreover, the mere fact that the Ronin-SC is newer means that it comes with more advanced features and intelligent modes.

It’s clear enough that the Ronin-SC is a great product, but is it good enough to completely displace the Ronin-S? Let’s find out.

The most obvious difference between the two models and perhaps one of the most important for most buyers is their weight and size. The Ronin-SC is about 40% lighter and is significantly smaller than the Ronin-S. Considering that you could end up holding these gimbals for hours on end, the reduction in weight in the Ronin-SC is probably a welcome feature for most buyers.

The handle of the Ronin-SC is about four inches shorter without losing out on any of the functions that made the Ronin-S so excellent. The size reduction may not sound like much but it greatly helps in packing the gimbal down for when you have to be on the move. If you’re the type of photographer who’s constantly on the go, then this enhanced portability is a welcome relief from having to lug around all your heavy photography equipment.

Versatility was one of the key selling points of the Ronin-S. It was an impressively strong gimbal capable of payloads that were effectively half the weight of the gimbal itself. The reduced size and weight of the Ronin-SC meant that its payload capacity was also reduced by about 40%.

The reduced payload capacity severely limits the cameras that can be used with the Ronin-SC. In fact, DJI recommends the Ronin-SC for mirrorless cameras, with the heftier Ronin-S instead being more suitable for DSLR cameras.

While you don’t necessarily need to follow such a distinction, it’s probably better to think of the Ronan-SC as being a handheld gimbal meant for a completely different class of cameras. If you’re planning on using heavier cameras such as the Canon EOS-1DX, or lenses similar in size to a 70-200mm, then you’re probably better off sticking to the Ronin-S.

Both the Ronin-S and the Ronin-SC have batteries incorporated into their bodies, giving them a sleek and streamlined look. Concessions had to be made to keep the Ronin-SC lighter, though, resulting in a battery life that is about 2 hours shorter. Considering that you can hot-swap these batteries anyway, the 2-hour deficit isn’t really much of a loss.

More important is the fact that you can no longer use the battery of the Ronin-SC to charge your camera or any accessory. This was a pretty nice feature in the Ronin-S, with the gimbal’s battery effectively providing back-up power to your DSLR camera. We imagine that the reduced size of the Ronin-SC simply left no room for the four-pin connector that used that was used in the Ronin-S to connect power to an external accessory.

Ease of use and performance

In terms of image stabilization, there isn’t really much of a difference between the Ronin-S and Ronin-SC. That’s not a bad thing at all, because the Ronin-S is still considered best-in-class in terms of stabilization performance. The Ronin-SC pretty much has all the same buttons and interface as the Ronin-S, thereby also inheriting the ease of use that made the Ronin-S massively popular. The joystick of the Ronin-SC does feel slightly more rugged, which wins it a point.

There’s a key difference in the Ronin-SC, though. The gimbal component of the Ronin-SC features locks on each of the three axes. This gives the Ronin-SC a degree of control and freedom that the Ronin-S does not have. With these locks, you can restrict the movement of the Ronin-SC ton only panning or twisting, depending on the effect you’re going for.

On a more practical perspective, the lock on the three axes also means that you can more safely store and transport the Ronin-SC.
Making it easier to change camera rigs easily is the new quick-release plate that mounts into the positioning block with a single-click screw. If you need to swap out camera setups on the fly, then you’ll really appreciate this new feature. It also makes it much easier to move your camera forward, backward, or side-to-side along the positioning block. 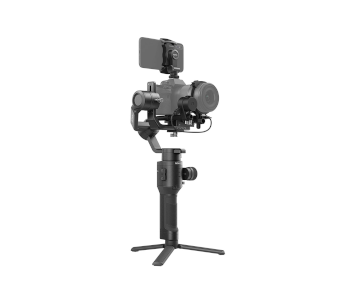 All the intelligent features that came with the Ronin-S are also present in the Ronin-SC (Panorama, Motion Control, Timelapse, and Motionlapse). However, the Ronin-SC offers two additional modes, and these are perhaps what will make this smaller gimbal outshine its big brother.

The first of the two new modes is ActiveTrack 3.0, a marriage of the Ronin handheld gimbals with the ActiveTrack technology that DJI has mastered in their camera drones. The Ronin-SC comes with a mount for a smartphone which you’ll need to pair with the gimbal through the redesigned Ronin app.

With the phone in place, the Ronin-SC can accurately follow the movement of a chosen subject. The feature is intelligent enough to locate the subject even when it disappears from view momentarily. Just keep in mind that there’s a limit to how fast the Ronin-SC can rotate in each axis, so tracking fast-moving subjects may not work.

The second of the new modes is called the Force Mobile and is just about one of the coolest things we have seen a handheld gimbal do. When Force Mobile is activated, the gimbal moves along with how your smartphone is moving, creating a whole new dimension of filmmaking. You can even fine-tune the sensitivity and movement speed of the gimbal under this mode. So far, we haven’t seen an example of this feature being fully utilized, but it’s really fun and we’re sure that someone could use it creatively eventually.

Despite the advanced features of the Ronin-SC, its smaller and lighter build means that it’s still cheaper than the Ronin-S. To be honest, it’s pretty surprising that a handheld gimbal of the same caliber as the Ronin-SC costs less than $500. At this price point, the Ronin-SC is a really good buy.

We may seem like we’re all praises about the Ronin-SC, but we are certain that the Ronin-S still has a place in the market. For its higher payload capacity alone, the Ronin-S is still recommended for the professional photographer with more extensive camera setups. If you use a large camera or use a zoom lens frequently, then your best bet is still the Ronin-S.

On the other hand, photographers who always find themselves on the move can benefit greatly from the smaller and lighter Ronin-SC. If you’d like to bring your handheld gimbal to a lot of trips, use it for vlogs, or for shooting in dynamic settings, then the Ronin-SC will give you top-notch performance at a more user-friendly package. Just take note that the Ronin-SC is very limited in its payload, so it’s really best for use with mirrorless cameras.

We’re glad to see that, even with the success of the Ronin-S, DJI has managed to come up with a new handheld gimbal that smaller, lighter, and equals (if not surpasses) the quality of the Ronin-S. With camera technology evolving at a similarly rapid pace, we may see the era of two-handed gimbals end soon.

There are a lot of things that DJI did right with the Ronin-SC. The lock on each axis was great, as well as the more streamlined user experience. The new modes are also really fun, although the jury’s still out on their usefulness.

For future iterations of the Ronin line, we’d like to see a model that combines the best features of the Ronin-S and the Ronin-SC: a simpler workflow, locks on each axis, more intelligent modes, power support for accessories, and higher payload capacity. That doesn’t seem like it’s too much to ask for – we’re pretty sure plans are already on the pipeline.