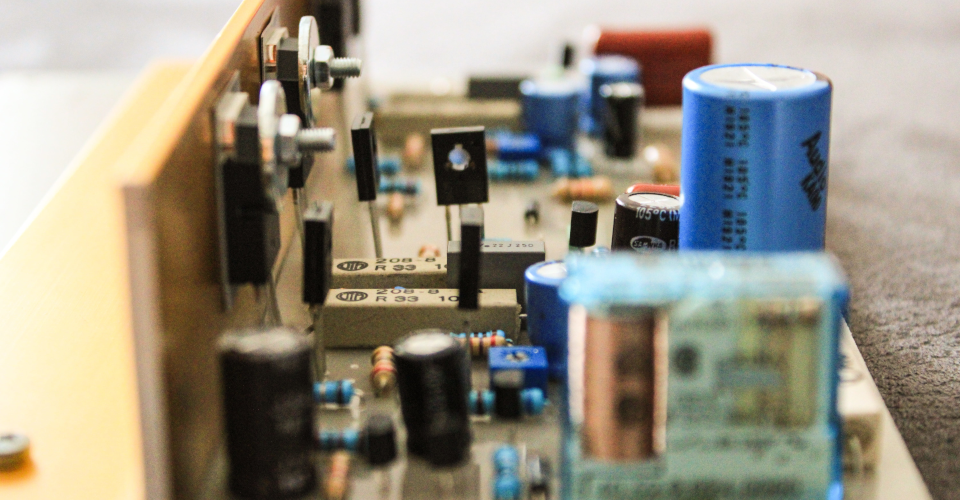 Rotary Encoders – What They Are, How They Work, and Their Applications

by Joseph Flynt
Posted on June 15, 2020
25 Shares
3D Insider is ad supported and earns money from clicks and other ways.

Automated systems are a wonder of the modern manufacturing era. By allowing intelligent control systems to take control of the manufacturing process, companies have been able to produce higher volumes with less manpower and at a higher level of precision.

What are rotary encoders? 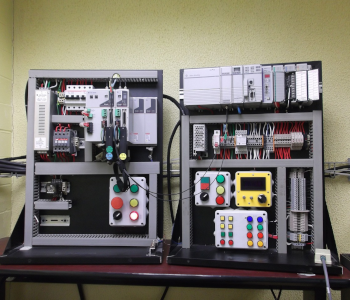 A rotary encoder is a type of sensor used to detect the angular position or movement of a rotating shaft. The goal of the sensor is to convert the rotational motion of the shaft into analog or digital signals, which are then transmitted to the central PLC system. This information is then processed through the PLC’s algorithm to come up with a suitable response.

Rotary encoders use a variety of sensor technologies, the suitability of each is determined by its particular use case. In both industrial and commercial designs, rotary encoders are considered highly essential parts of automation. Rotary encoders can be found in settings as large as radar platforms to those as small as photographic lenses and optomechanical trackballs.

The rotary encoder itself isn’t a particular type of sensor but an assembly that works toward achieving the objective. They can be classified either by the type of sensor technology they use or the level of detail of the data they provide.

There are three major sensor types used in rotary encoders:

In a mechanical rotary encoder, contact brushes located along the rotating shaft generate signals by coming into contact with a circumferential copper track on the stator component. This setup provides a quick and simple mechanism for determining the speed and direction of rotation of a shaft, as well as for counting its total number of revolutions.

Mechanical rotary encoders are common mainly because they are so cheap and easy to implement. However, the necessity of metal components coming into contact with each other at rapid speeds will inevitably result in mechanical wear. This means that they are the most demanding of maintenance out of all other types of rotary encoders.

The most common type of rotary encoder, a rotary encoder relies on a photosensor panel that generates electrical signals when it gets hit by light. To induce the photosensor to generate signals at predictable intervals, LED lights are mounted on the rotating element.

Depending on the frequency and pattern of the beams of the incident light, the data from an optical rotary encoder can be interpreted to indicate the absolute position of a rotating element as well as its speed and direction rotation.

The advantage of optical rotary encoders is that they are highly versatile and customizable. The positioning and density of LED lights can be adjusted according to the desired level of data resolution that a process requires. However, the components of optical rotary encoders are a bit fragile, making them unsuitable for highly rugged applications.

Magnetic encoders rely on the concept of Coulomb’s law, stating that an electrical current can be generated by a changing magnetic field. To achieve this effect, a magnetized disk with several poles around its circumference is attached to the rotating element.

As the magnetized disk rotates, the constant magnetic flux creates an electrical signal around a magnetoresistive sensor. The signal takes the form of a sinusoidal wave, the properties of which can be interpreted to deduce the speed of rotation and the number of revolutions that the disk has made.

The resolution of magnetic encoders can be customized by changing the number of magnetic poles around the disk. Magnetic encoders are also particularly robust and are often the go-to technology for heavy-duty applications that experience strong impacts and vibrations. Since the method uses non-contact technology, it remains robust without the danger of early mechanical wear and tear.

Magnetic encoders are exceptionally suitable for tracking the speed of rotating shafts and disks. However, they cannot be used to generate data for absolute positioning. This severely limits the use cases for a magnetic encoder.

Different sensor technologies have different sets of limitations and strengths, making each of them suitable only for selected applications. There is another consideration to be made before deciding on a rotary encoder technology – whether you need absolute positioning or incremental positioning data.

In an absolute encoder, the data reported by the encoder indicates the absolute position of the rotating element. It does not need a fixed reference point and thus does not need to be constantly calibrated to determine position accuracy. In more concrete terms, absolute encoders can provide data on speed, position, and direction by outputting discrete bits of data instead of a continuous data stream.

Generally, the benefits of absolute encoders are that they are capable of higher data resolution and that they have better start up performance since they do not need to be calibrated periodically. However, they are also more complex to implement, modify, or troubleshoot.

Absolute encoders are suitable for high-precision applications or any industrial use where position is critical. Examples include the opening of automatic doors, the positioning of machining tools used in CNC equipment, or the continuous motion of a robotic arm used in manufacturing.

In contrast to absolute encoders, the data recorded by incremental encoders need to be reported relative to a reference point. The common applications of incremental encoders use them as a means to record and measure changes in the system. Instead of discrete bits of data, incremental encoders typically produce a continuous data stream. A classic example is a sinusoidal wave generated by magnetic rotary encoders which are used as a means of determining rotational speed.

Incremental encoders cannot record absolute position. However, they are excellent choices for providing speed and distance feedback. They use fewer sensors than absolute encoders and thus are cheaper and easier to implement. The simplicity of incremental sensors also gives them a higher degree of versatility.

Another common, albeit outdated, example are the old-fashioned mechanical mice. The trackballs of these mice are connected to two incremental encoders – one each for the horizontal and vertical directions.

Applications and use cases of rotary encoders

Rotary encoders are so well-ingrained in various industrial and commercial processes that coming up with a list of all its applications would be near impossible. Instead of doing that, here are just some of its more grounded use cases: 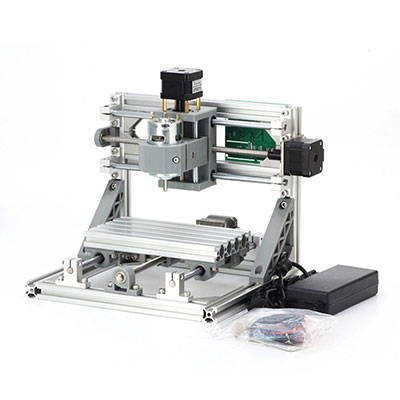 Absolute encoders that can provide positioning data are critical elements in CNC machines. In these applications, the rotary encoder can be positioned at the shaft or the motor of an actuator. A complete set of actuators and rotary encoders are provided for each axis of motion, allowing for accurate positioning of the machining tool in 3D space.

Incremental encoders can also be found in CNC machines, especially for those that have rotating tools like mills and drills. In these cases, a rotary encoder is typically more suitable as a means for speed control. Control of spindle rotation plays many critical roles, such as in optimizing the machining process with due consideration of energy consumption and tool wear.

The positional accuracy of rotary encoders lends them well to medical processes that require a high level of precision. For instance, diagnostic tools like MRI or CT machines rely on the accurate positioning of the patient relative to the scanning machine. Any inaccuracy can result in a false test. These tests are neither comfortable nor cheap, so repeat tests are something that medical professionals would like to avoid.

At a smaller scale, rotary encoders can also be found in automatic sample processing tools in medical laboratories. Examples include automatic pipettors where several samples are placed inside a carousel and processed automatically. In such a case, accurate positioning is tantamount to the accurate identification of the samples.

You’ve probably heard of or seen an automated manufacturing facility where many of the critical tasks are done by robot arms. This is likely the next era of manufacturing technology where the versatility of robotics can be used to enhance the reliability of older automated systems.

Robotic arms have a lot of moving parts, and doing their job properly relies on very accurate position. This is where rotary encoders come in – by controlling the speed, direction, and positioning of any rotating parts.

Aside from the capability of accurately monitoring rotational speed and position, an added requirement of encoders used in robotics is that they need to be very low-profile. Robotic arms tend to be put in spaces that are only exactly as large as their range of motion needs. For this reason, the space-saving characteristic of simple mechanical encoders has made them the preferred solution.

If the PLC was the brain of an automated process, then the sensors act as its eyes and ears. By continuously gathering data on performance metrics and feeding them back to the PLC, sensors ensure that the system is working as intended.

A rotary encoder is simply an assembly that combines a sensor with a rotating element, such as the shaft of a motor the disk of an actuator. The choice of the sensor can vary according to the use – conductive, optical, and magnetic sensors are the most common. With its time-tested reliability and highly versatile design, rotary encoders will remain relevant as manufacturing industries continue their shift towards automation.