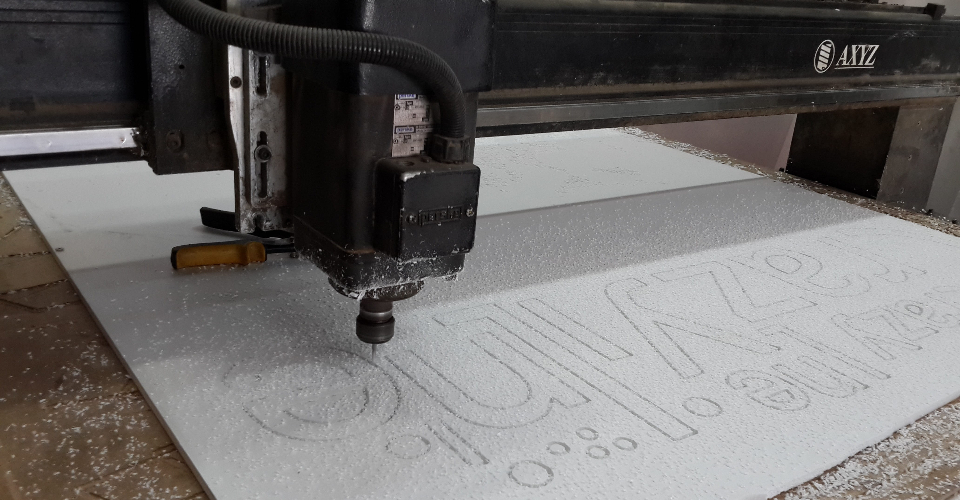 Rotary Engraver vs. Laser Engraver: Which Method is the Best?

by Joseph Flynt
Posted on June 30, 2020
21 Shares
3D Insider is ad supported and earns money from clicks, commissions from sales, and other ways.

Engraving on goods serves many functions. It can be used to personalize or customize an item at the point of sales, but it can also serve as a tool for documentation or traceability in the production floor. It’s even possible for products nowadays to have engraved bar codes or QR codes as a way to embed them permanently with digital data.

Until a few decades ago, engraving work had to be done manually in an old-fashioned workhorse. We have more automated choices nowadays that are much more reliable. Two methods have risen to prominence – rotary engravers and laser engravers. What’s the difference between the two and which of them is better? 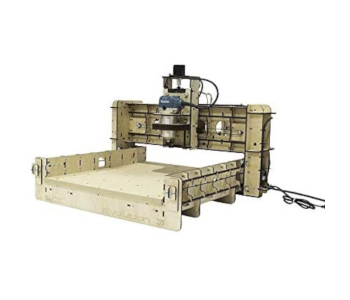 Rotary engravers rely on computer numeric control (CNC) technology. More specifically, a rotary engraver is a CNC mill. The cutting tool is mounted on a rotating spindle that moves in the x, y, and z axes via stepper motors through a computer-aided algorithm.

The choice of material for the cutting tool depends on the type of material being worked on, but there is a wide range of options available from carbide to diamond. Carbide tips are used in rotating tools and are preferred for creating cuts with greater depth and a wider tool path. Diamond tips, on the other hand, simply only glide across a surface to produce more subtle marks with minimal dust and a narrow tool path.

When rotary engravers were first introduced, they quickly revolutionized the industry of marking and engraving. No longer did craftsmen need to use a copyslide as a template for manually tracing characters. Text and designs were instead inputted into computer software which automatically directed the movement of the cutting tool. With less time and labor requirements, rotary engravers drastically increased the output of traditional engraving processes.

Despite representing a massive jump in technology, the mechanism of a rotary engraver is actually pretty simple – a rotating tool simply cuts away some of the material in a highly controlled manner. This makes rotary engraving a suitable technique for virtually any material. Although rotary engravers are typically used in coated and non-coated metals, applications on wood and plastic are also common. Unlike laser engravers, rotary engravers do not require the use of special plastics or acrylics.

Rotary engravers will inherently require more frequent maintenance than laser engravers. After all, its cutting tool comes in direct contact with the workpiece, resulting in gradual wear and tear. However, the maintenance of a rotary engraver is typically simple and straightforward. In most cases, all it takes is a sharpening of the cutting tool or an outright tool change. This is a quick operation that does not require a lot of skill.

Nowadays, CNC technology is so common that even small businesses and hobbyists can buy desktop-scale CNC machines. Rotary engravers have also benefitted from the democratization of this technology. The relatively lower cost of investment needed for a rotary engraver has kept it relevant even in the face of more advanced alternatives like laser engravers.

While rotary engravers are much easier to use compared to the pantographs of the olden times, its user-friendliness still cannot hold a candle to laser engravers. Rotary engravers still require a significant level of skill and training that can be intimidating for rookie craftsmen.

Not ideal for small text or intricate designs

The text or design that a rotary engraver can produce can only be as detailed as the size of its cutting tool will allow. Even the smallest cutting tool cannot achieve the level of detail that laser engravers routinely provide. Thus, rotary engravers are typically only used for designs that involve large text, limited fonts, and basic shapes.

Item needs to be clamped down

When the cutting tool comes into contact with the workpiece, the energy of its rotating motion can easily transfer to the workpiece and cause it to rotate or vibrate. This means that the workpiece needs to be clamped in place. Not only does clamping take up extra time in setting up a workpiece, but the added stress of clamping can also result in damage to fragile items. Processes that require rotary engravers can normally be expected to have a higher number of defects. 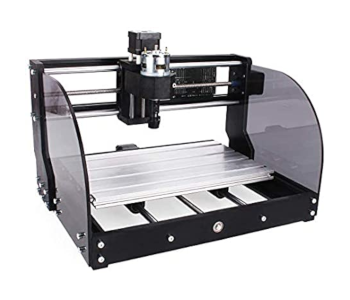 As its name implies, a laser engraver relies on a laser – a narrow beam of focused light – to deliver a large amount of energy to the workpiece in a highly controlled manner. The movement of the laser is also software-driven and follows a pattern aided by computer design.

There are two mechanisms by which lasers can create clean and permanent marks on any workpiece – ablation and annealing. Ablation refers to the removal of a very small amount of the material on the surface of the workpiece by heating it to the point where it evaporates or sublimates. On the other hand, annealing only results in a color change on the surface of the material via oxidation. No material is removed in annealing.

The size of a laser beam can be as small as 0.001 inch. This means that laser engraving can also create clean and crisp marks at this level of detail. In terms of resolution, this translates to between 500 to 600 dpi.

The resolution of laser engraving has made it the go-to technique for extremely intricate details. Modern laser engravers are even capable of photorealistic designs.

Operating a laser engraver hardly takes any sort of special skill. As long as the design has been set up, all an operator needs to do is to input the laser parameters, make sure that the workpiece is in place, and start the machine. It’s fast, simple, and needs minimal training. With so little user input, a single person can operate several laser engravers simultaneously.

While rotary engravers are magnitudes faster than manual methods, laser engravers still hold the edge. This is especially true for highly complex designs. Laser engravers do not rely on the motorized movement of a cutting tool. Instead, the beam of laser is only redirected to the spot where it needs to be. The speed of laser engravers has made them very easy to integrate with existing industrial processes.

Workpieces marked with laser engravers do not need to come into contact with any cutting tool. This means that they do not need to be clamped down, nor do they have to withstand the erosive effects of the impact and vibration caused by mechanical cutting or milling. This makes laser engraving particularly suitable for fragile electrical components such as printed circuit boards.

Probably the biggest hurdle to the adoption of laser engravers is the fact that they are relatively expensive. A basic desktop-scale can set you back at least $8000. For comparison, a similarly sized rotary engraver can go for about half that amount. Laser engraving is also a much more power-intensive process, so craftsmen and industrial facilities can also expect a bump in power costs when making the switch to laser engraving.

Laser engravers do not need to be maintained as frequently as rotary engravers. After all, its non-contact nature means that its parts do not suffer heavy wear and tear.

However, the maintenance needs of a laser engraver are much more complex. Its sensitive components will have to be taken apart for cleaning, its laser tube needs to be recharged periodically, and the laser needs to be aligned again after assembly. This is a process that takes a considerable level of skill and will likely cost more.

When to use on or the other

As you can see, both alternatives offer benefits while unavoidably also having unique drawbacks. Despite laser engravers being the more technologically advanced option, there are still a few things about rotary engravers that have kept them relevant even in rapidly evolving industries. If you still need to choose between the two, then these are our recommendations:

Use rotary engravers if…

Use laser engravers if…

Marking or engraving has always been an essential part of the manufacturing process. This isn’t always just a vanity requirement, as with the personalization of finished goods like jewelry. In some cases, products need to be marked permanently and legibly as a means of traceability or documentation. Whatever the case may be, the two technologies of rotary engraving and laser engraving just about cover the entirety of industrial marking needs.