by Joseph Flynt
Posted on September 9, 2013
13 Shares
3D Insider is ad supported and earns money from clicks and other ways. 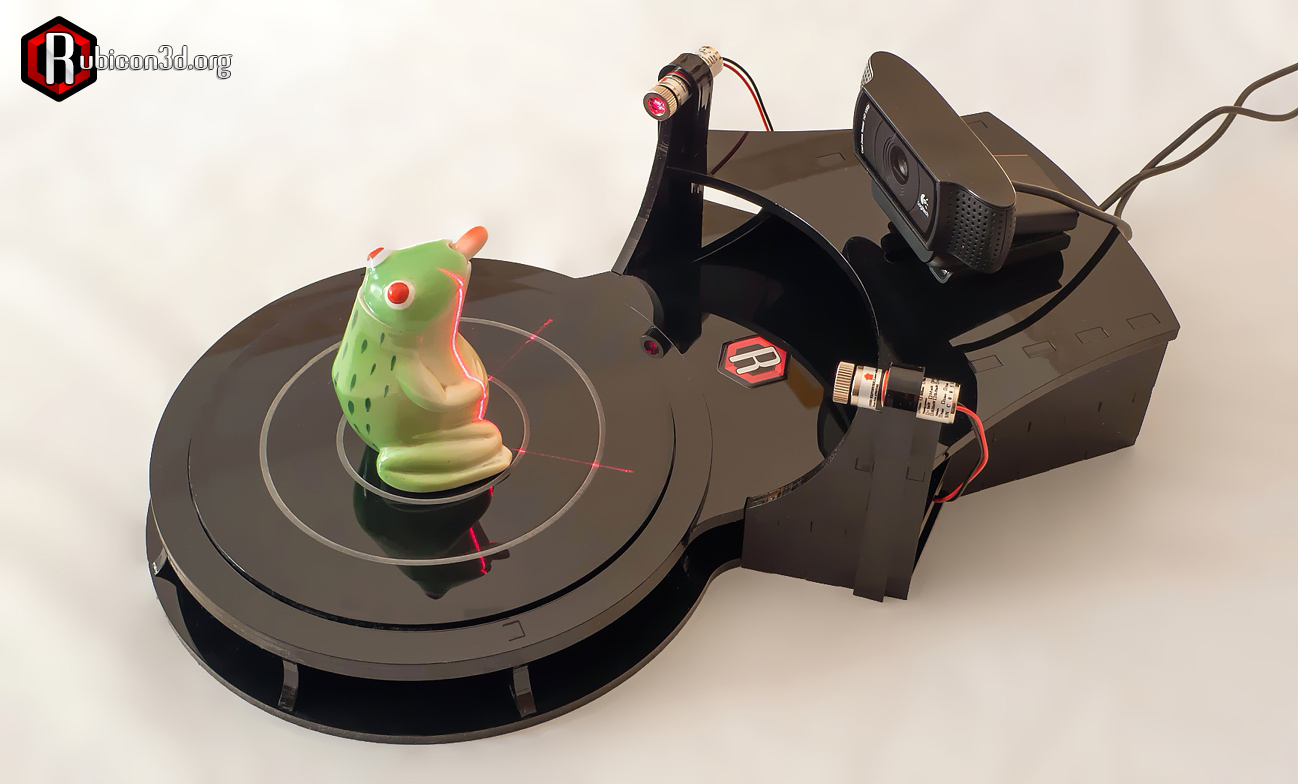 3D Scanners such as MakerBot’s new Digitizer scanner can be expensive, but a new startup 3D scanner from Riga, Latvia might be just the ticket for the more cost conscious consumer. Robet Mikelson’s Rubicon 3D scanner uses a webcam and an Arduino to control two lasers and a stepper motor, while being simple to use.

The Rubicon works by using the webcam to take a picture of an object on the turntable with both lasers on and off, then the software looks for differences in those pictures to detect the shape of your object. After that the turntable turns 0.45 degrees and the process repeats. 800 steps for a full 360° revolution of the object.

Once scanning is complete, you will be able to export either a raw hi-polygon mesh or have it structured and optimized. The 3D scan can then be 3D printed or edited.

Mikelson is looking for $25,000 in funding for the Rubicon which is offered fully assembled plus software for a price of $199. Colour options are available for the scanner and the funding will go towards his own custom made PCB for the scanner. Delivery will hopefully be around December if all goes according to plan.

Check out the indiegogo page for Mikelson’s Rubicon scanner here.