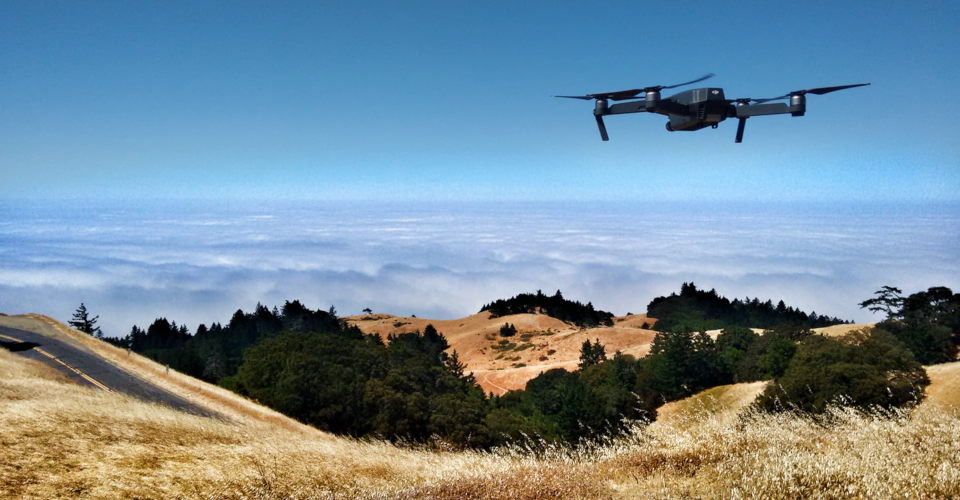 How Have Drones Been Used for Search and Rescue?

by Joseph Flynt
Posted on April 3, 2020
19 Shares
3D Insider is ad supported and earns money from clicks, commissions from sales, and other ways.

Drones and search and rescue teams is a combination that simply works. In a scenario where every second counts and speed of response can make the difference between life and death, the mobility of drones certainly comes in handy. The use of drones has been very successful so far, with data showing that more than 300 lives have been saved by drones in search and rescue scenarios since 2013.

Are you an aspiring drone pilot who’s still looking for your calling? Check out these success stories of drones used for search and rescue – you just might find the inspiration you’re searching for.

What are the benefits of using drones for search and rescue?

A drone can cost a few thousand dollars and operating it for search and rescue can take a few dozen hours of training. Is all this investment worth the benefits? Here are a couple of ways in which a drone could benefit search and rescue teams.

An aerial search unit covers ground much faster than search teams on foot – there’s no question about that. Before drones were common, helicopters were the staple tools for aerial search and rescue. However, flying a helicopter was also a complex matter that required long startup procedures and lots of airspace clearance. When every second counts, any amount of time that can be cut down can improve the chances of recovery and survival.

This is where drones shine. Unless you’re flying in controlled airspace, you don’t need to secure any clearance at all to fly a drone. Even if you were in controlled airspace, the FAA has made it possible to get airspace authorization in just a few minutes. Drones can be deployed at a moment’s notice – no refueling needed, and no complex startup procedures.

When you’re doing a search in heavily vegetated areas or in areas with rough terrain, the safety of the search teams will always be at risk. The danger becomes further magnified if they have to continue searching into the night.

Drones have no such limitations. They do not expose anyone to the hazards of having to walk outdoors and can even continue searching in darkness.

If you absolutely need to augment your search team with aerial capabilities, then flying a drone is magnitudes cheaper than flying a helicopter. For the same cost of a helicopter, you can have an entire fleet of drones scouring a search area.

Drones aren’t some one-trick pony that are useful because they are basically flying cameras. If you can invest in a high-end model, you can explore more possibilities of what you can do with drones.

Some drones can be outfitted with a spotlight or a speaker, which can act as a flying beacon to draw the missing people. If a search needs to be done in darkness, some models also have a provision for swapping the optical camera for a thermal imaging camera. This highlights high-temperature anomalies and can even penetrate through vegetation.

Lastly, the versatile payload capabilities of drones mean that they can be used to deliver essential supplies to people are stranded and cannot be rescued yet.

In Byron, Minnesota, local police were able to find able to locate a missing 84-year-old man after he got lost while scouting a hunting spot. He left their home at 3:45 PM but had not returned by 6:41 PM, prompting his wife to make a call to the Sheriff’s Office.

The Olmsted County Sheriff’s Office contacted the Rochester Police Department to ask for their help via the drone piloted by their officers. Although the man’s vehicle had already been found about a mile off the road, the man himself was still missing. The search proved to be challenging as the sun started to set.

Finally, at about 9:38 PM, the man was found about 250 yards from his vehicle. He was soaking wet and unresponsive. The drone’s infrared camera made short work of the search, easily identifying the man’s heat signature on such a frigid night.

Commenting on the role that the drone played, Capt. Scott Berns of the Sheriff’s Office called it a “life-saving tool.” The man was found in a marshy area that was not visible from the road and difficult to traverse by foot. The Minnesota State Patrol helicopters were also grounded because of weather conditions that night.

In Grimsby, UK, a drone was deployed after the Lincolnshire Police received reports of a car flipping on its side along the A16 highway. Witnesses saw a man walking away from the crash, probably in a daze.

What made the scenario challenging was that it happened at 2 AM on a snowy night. Not only did this make visibility poor but searching by foot for an extended period was also out of the question because of the freezing temperatures. This also meant that time was of the essence – not finding the victim could mean that he could end up succumbing to hypothermia. Sunrise was still a few hours away.

Fortunately, the Lincolnshire Police had a drone with thermal imaging capabilities. It only took the drone a few minutes of scanning to find the missing man via the signature of his body seat, lying inside a deep ditch 160 meters from where the car crash happened. Through the instruction of the drone pilot, the officers on the ground were able to find the man. The man was able to recover with a slight case of hypothermia.

This was a case where the quick deployment of the drone, paired with the officers’ quick thinking, was able to save the life of a missing person.

In the Blue Mountains in Oregon, two hunters had to spend the night in the forest after getting stranded by a swelling river. To get them through the night, the local Sheriff’s Office used a drone to deliver jerky and cookies to them.

The two hunters crossed the river in Umatilla Forks Campground after shooting a bear. The wounded animal fled down the ridges of the mountain and across the river, forcing the pair to cross the river themselves to track it. After dressing their kill, they decided to hike along the river to get back to their vehicle.

At the point where they had to cross, the hunters found that the river was much too deep and that the water was too swift to make a safe crossing. They called for help, eventually making contact with the local sheriff’s office. The local search and rescue head made it to the location at around midnight to find the pair cold and hungry but in otherwise good condition.

Since crossing the river in the darkness was too dangerous, the pair was told to hunker down for the night. The search and rescue drone was then deployed to fly across the river to deliver some food for the hunters. With the food and a fire that they starter, they were able to make it through the night.

A swift-water rescue team arrived by the next morning to extract them. By noontime the next day, the pair were safely rescued.

Even if the use of a drone doesn’t result in a completely happy ending, they still have value in keeping the first responders out of harm’s way. In the Renfrew County in Ontario, emergency responders quickly deployed a drone after receiving reports of a snowmobiler falling through thin ice.

The conditions were as challenging as expected. Aside from the threat of the responders falling through the ice themselves, the high winds and near-white out conditions made for poor visibility. Since the hole was located more than a kilometer offshore, the responders opted to deploy the drone first for reconnaissance.

According to the county’s chief paramedic, he believed that the use of a drone certainly prevented the death or injury of a first responder on that day.

In cases where the drone can no longer help in search and rescue, it can at least help provide closure. In Port St. Lucie, Florida, a drone was used to help locate the body of a missing 4-year old girl.

According to the police, the girl was last seen at 10 PM on December 2. The girl had autism, making her prone to wandering and getting lost, especially at her young age.

Although the police force had no drone, a local resident volunteered his own to help in the search and rescue efforts. Flying through the immediate neighborhood, the drone’s camera caught sight of a discolored figure in a small pond near the girl’s home.

A dive team deployed to the pond failed to find the girl, but a kayak team finally found the girl’s body submerged in a retention pond. The body was found on December 3.

This story may not have a happy ending, but the drone was able to bring a close to it as quickly as possible. With the use of a drone, a survey of the immediate proximity of the girl’s house had been done in just a few minutes. The bird’s eye perspective that the drone provided also proved instrumental in locating the girls’ body, even when it was already submerged in water.

All around the world, search and rescue teams have recognized the value of getting drones for quick response situations. To prove this point, DJI even releases a semi-regular report on how many lives have been saved by drone use in search and rescue – 59 lives in early 2017, and 65 lives from mid-2017 to 2018. Clearly, this is one field where drones can make a real difference.

If you’re an emergency responder, then you only need to look at the stories here for concrete examples of how drones can save lives. Just keep in mind that not all drones are made equal. The best drone for the job depends on exactly what type of job needs to be done.