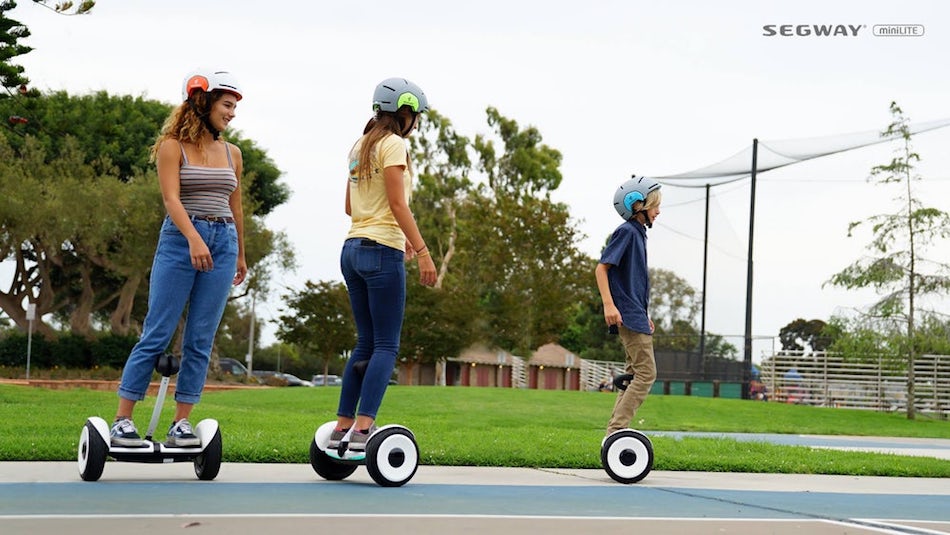 by Amada Pearson
Posted on November 30, 2017
11 Shares
3D Insider is ad supported and earns money from clicks and other ways.
Sale

Cyber Monday is over but it’s still Cyber Monday Deals Week on Amazon. Segway has partnered with Amazon to offer the Segway miniLITE as the ‘Deal of the Day’. The miniLITE hoverboard is selling for 38% off its retail price for today only.

The miniLITE hoverboard has a retail price of $399. It is selling for $249 until midnight tonight. That’s a potential savings of $150. Segways are renowned for their quality. They were one of the first players in the space and have been the leading company ever since.

The miniLITE has a range of up to 11 miles and a max speed of 10 MPH. This hoverboard is UL certified to have a safe fire and electrical design. It has big 10.5 inch pneumatic tires that are large enough to ride over many obstacles. They provide a smooth and stable ride that you will enjoy.

A lot of hoverboards have engines with only 250 watts of power. The miniLITE takes this up a notch with a 700 watt motor. It has a built in safety light so you ride day or night. There’s even a mobile app to control the hoverboard with and to engage an anti-theft system.

Another big difference between the Segway miniLITE and other hoverboards is that it is designed with a comfortable knee pad that makes riding longer distances less fatiguing.  You get a ton of bang for your money with the miniLITE, especially at its limited time sales price.

Segway has earned a world-class reputation and they rarely discount their prices. Now is your chance to pick up a hoverboard from the world’s most well known name for a fraction of its normal price. Hoverboards will be one of the hottest Christmas gifts this year because of increased safety and lower prices. They are a lot of fun to ride around and adults even use them to get around in big cities like New York.

Amada Pearson
I've always been interested in tech and I've been writing about it for 6 years. I love reporting on what is new and sharing it with you.
0 comments
Share now:
11 Shares
YOU MAY ALSO LIKE
SEE MORE