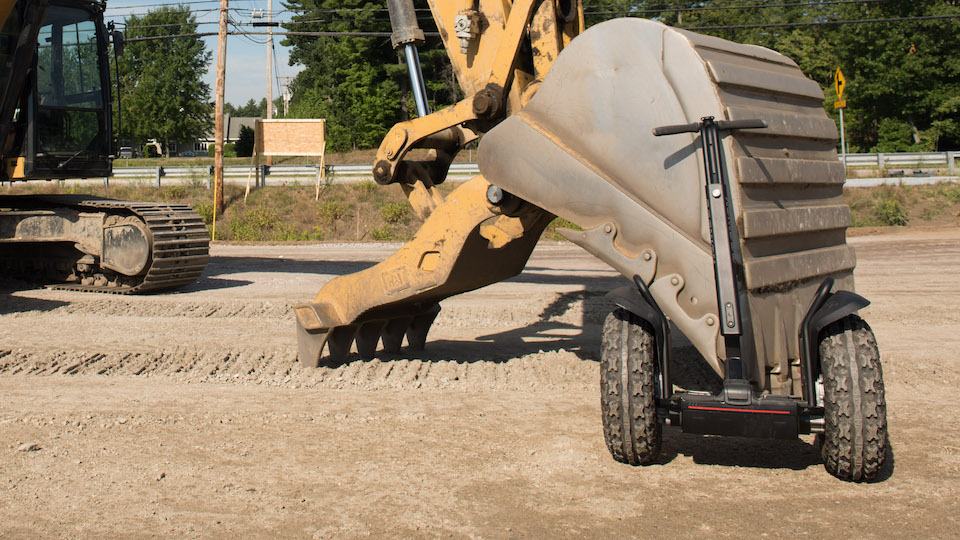 Going Off-Road: A Review of the Segway x2 SE

by Joseph Flynt
Posted on February 8, 2019
19 Shares
3D Insider is ad supported and earns money from clicks, commissions from sales, and other ways.

Segway has been a perennial leader since it entered the market for personal transporters back in 2004. Although they became the face of the industry by being one of the first brands to release high-quality personal transporters, they have managed to maintain their position by coming out with more innovative and versatile products. One of their latest offerings, the Segway x2 SE, is also one of their most powerful and rugged models. Is the Segway x2 SE worth it? Who should consider buying the Segway x2 SE?

Its wide base platform gives it a level of stability that no other Segway device offers. The 21-inch deep-tread, ATV-style tires are the biggest we have seen on any personal transporter and allows it to navigate through the roughest and most uneven surfaces. Scratch-resistant mud flaps protect you from debris, mud, and water spatters. The fenders that sit above the wheels are also connected to over-sized cargo handles that can be used to mount payloads and other accessories.

Some assembly will be required when you receive the Segway x2 SE, as you’ll need to attach the LeanSteer frame and the handlebars to the main body. Take note that you will need a torque wrench and a hex wrench, both with 3 mm bits, to complete the assembly process. These tools are not included with the device. The handlebar can be easily adjusted to fit the height of any rider.

At 119 lbs., there Segway x2 SE is far from being portable. You likely won’t be carrying it around, but the handlebars and LeanSteer frame can be detached for easy storage. When disassembled, the individual components are compact enough that you can pack them inside a hatchback trunk or on the back of a pickup truck.

It no longer looks like something that only tech geeks would be interested in. It’s a real head-turner

True to its all-terrain design, the Segway x2 SE is equipped with every powerful 4000 W motors. This level of power is highlighted by a staggering 260-lb. maximum payload. This is more than enough for most adults, leaving just enough room additional payloads. At 12.5 mph maximum speed, the x2 SE is also faster than most hoverboards and personal transporters.

The battery allows approximately 12 miles of range, which may vary according to movement speed and terrain. The first time you boot up the Segway x2 SE, the battery will need to be charged for a full 12 hours before it can be used. For all succeeding uses, the x2 SE will only need to be plugged in for 8 hours to charge it from 0% to full.

The motors and the sensors of the Segway x2 SE were specially designed for high capacity movement. It is not designed for kids. Segway recommends that only riders that weigh more than 100 lbs use the x2 SE. Any lighter than this and the sensors might not be able to pick up how the rider’s weight shifts.

A unique feature of the x2 SE that is not found in many other Segway models is the InfoKey digital controller. This small electronic module plugs into a dock located between the x2 SE’s handlebars. It is a compact controller with a central LCD and four buttons located around its circular edge. The InfoKey must be within 15 feet of the Segway x2 SE to control it.

The InfoKey Controller essentially takes the place of mobile app connectivity found in its consumer-grade models such as the miniPro and the miniLite. Using its array of buttons, you can easily scroll through several controls, modes, and data displays.

To start, the InfoKey Controller is needed to power the x2 SE on and off. It can be used to scroll through all the relevant information such as the time, data, current speed, average speed, trip distance, and the odometer. The InfoKey controller can also be used to active Beginner mode, which reduces the movement speed and the sensitivity of the LeanSteer frame.

If you need to step off the x2 SE for a while, you can use the InfoKey to active the riderless Balance mode. This keeps the x2 SE stable in an upright position even without a rider.

Aside from providing easy access to controls, the InfoKey Controller plays a big part in enhancing the safety and security of the Segway x2 SE. It can be used to activate the Security Alarm, which locks the wheels of the device and notifies you if someone attempts to move it. The display of the InfoKey can also be used to check the battery status while also providing various alerts and warnings should the sensors of the x2 SE detect any faults or errors.

The Segway x2 SE is probably one of the smartest personal transporters available today. With a motherboard that is equipped with ten microprocessors, the x2 SE can detect unsafe riding conditions and react accordingly. The x2 SE is pre-loaded with three safety features:

The Speed Limiter ensures that the x2 SE does not go above the 12.5 mph prescribed speed limit. Should you push the device to go near the speed limit, the x2 SE compensates by pushing back on the LeanSteer frame. This tactile feedback lets you know that you need to slow down.

The Stick Shake Warning is a slightly more severe version of the Speed Limiter that is activated when the x2 SE detects when you are in danger of falling. This is typically triggered when riding over steep slopes, over large obstacles, or when the sensors detect abrupt acceleration or deceleration. A critically low battery level or a damaged battery can also trigger a Stick Shake Warning.

The automatic Safety Shutdown is typically activated when the battery gets depleted beyond its safe limit, ensuring that it does not suffer permanent damage. Should the x2 SE detect any faults or errors in its critically systems, it will also initiate a Safety Shutdown. When at auto shutdown is imminent, the visual display of the InfoKey will show an angry face. From this point, you have 10 seconds before the x2 SE comes into a complete stop.

The Segway x2 SE is one of the most stable and reliable personal transporters available today. With its large tires and wide platform base, it can safely navigate through uneven terrain such as hiking trails or on the beach with ease. Although the x2 SE shines when used in off-road conditions, there is no reason why it cannot be used on city streets and not be equally excellent.

The provision of the LeanSteer frame and the handlebars make the x2 SE a full-fledged personal transporter. This is a huge upgrade to the miniPro and miniPlus lines, which can be considered a middle ground between personal transporters and hoverboards. With more intuitive controls, the riding mechanics of the x2 SE are much simpler and easier to learn.

We’ll say it outright: the Segway x2 SE is very expensive. Its standard retail price ranges from $6000 to $6500. At this price, the x2 SE is even more expensive than a 4-wheel all-terrain vehicle.

The high cost of the x2 SE means that it was not designed to appeal to the casual hoverboard or electric scooter users. It’s not all bad, though. Almost everyone who has ever used a Segway x2 SE has professed that its level of quality is more than enough to justify such a high price range.

Before you even ask if it’s worth it to get the Segway x2 SE, perhaps it’s best to ask first: can you afford it? Obviously, the Segway x2 SE was not made for casual or recreational users. In fact, Segway is marketing the x2 SE as one of their professional personal transporters.

The key characteristic of the Segway x2 SE is its all-terrain capability. They are especially suited for commercial uses in large construction sites or manufacturing facilities. Perhaps they can be considered as transportation solutions for personnel who need to move around a lot over large and unpaved areas. As an example, the x2 SE has been deployed for security personnel in nature trails and RV parks to great success.

With its price tag, the Segway x2 SE is certainly not an entry-level personal transporter. The high cost could be intimating and prohibitive for many customers, but the level of quality and reliability of this model is unequaled. It is also equipped with several safety and control features that cannot be found even in other Segway models.

To maximize the value of the x2 SE, it needs to be used in off-road conditions. If you need a professional-grade personal transported in paved surfaces, then you will be better off getting the slightly cheaper Segway i2 SE.