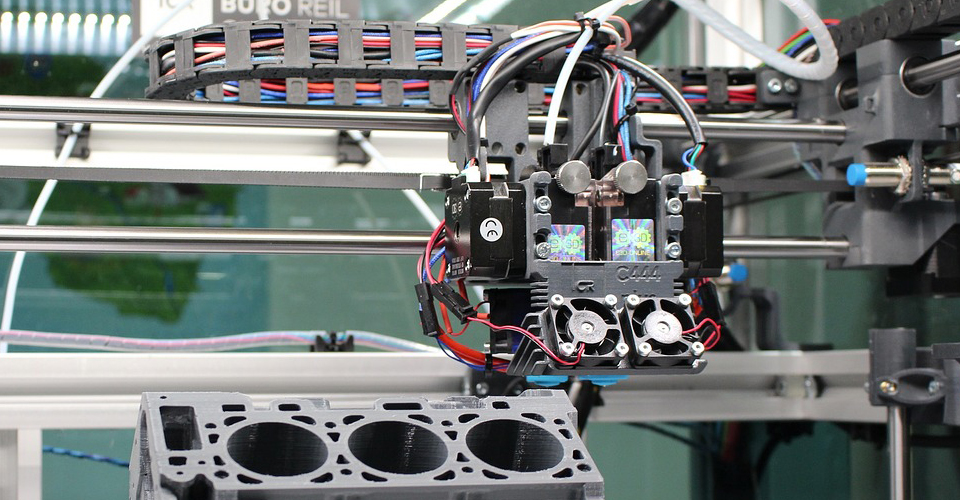 Why is 3D Printing So Slow and How Can I Make It Faster?

by Joseph Flynt
Posted on March 9, 2019
27 Shares
3D Insider is ad supported and earns money from clicks, commissions from sales, and other ways.

If there’s one thing that has held back the potential of 3D printing to be a completely revolutionary and practical technology, it’s speed. This is particularly problematic in the case of Fused Deposition Modeling printers, which is by far the most common form of 3D printers used today. Depending on the size of the build and the level of quality you’re aiming for, an FDM print could take 12 hours or more to finish. With such a timeframe, FDM printing simply fails to put the “rapid” in rapid prototyping.

Why are FDM printers so slow? What’s limiting them from printing faster? Is there a technology that can make 3D prints faster than FDM printers?

How fast is 3D printing?

In terms of how fast the extruder assembly can lay down the filament on the build platform, most 3D printers have a maximum setting of about 150 mm/sec. However, this depends on the quality of 3D print you want and the type of filament you are using.

Some filaments need to be heated at higher temperatures before they can be melted, such as Nylon, which means they need to spend more time in the hot end nozzle. With these limitations, you can set your printing speed within the 80 to 100 mm/s range.

For extremely high precision builds or prints that need to be very durable, printing at low speed gives individual layers time to solidify and bond to each other. If resolution is top priority, you can choose to sacrifice time and print at extremely low speeds. Most 3D printers allow printing speed settings to go as low as 40 mm/s.

Knowing these printing speed settings are useful for when you’re setting up your 3D printer, but they are still quite abstract, and it’s hard to imagine just how fast a “fast” setting is. To put it in more practical terms, printing a standard phone case at an acceptable, but not excellent, level of resolution should take at least 3 hours. If you want to print a highly-detailed figurine of a character from your favorite TV show, a 10-inch model will take between 10 to 12 hours to finish.

These estimations do not include the time it takes to look for a good model, adjust its dimensions, load it into your slicer software, set up the 3D printer, feed the filament to the printer, apply adhesives to your build platform, level your build platform, and troubleshoot any potential problems. All in all, it’s easy to see how time-consuming the whole process of 3D printing can be.

What other factors limit printing speed?

Another factor that plays a crucial role in determining how long a print takes to finish is the travel speed of the print head. The print head is a bulky piece of equipment that houses the extruder, heating element, and nozzle. It travels along the build platform, laying down the filament at the coordinates dictated by the 3D printer software.

With all the components contained in the print head, you can imagine that it moves around with a significant weight along the build platform. The weight itself isn’t the issue since the stepper motors that move the print head around are pretty powerful and are capable of moving them very quickly. However, when moving around hefty objects, we need to consider the effect of momentum and inertia.

It’s easy to imagine how something exceptionally moving around at high speed carries with it a lot of momentum. Even when the force making the object move is taken away, its momentum carries it forward before other forces (such as friction) cancel out its residual momentum. For a real-world application, you can probably imagine how a trailer truck traveling at 100 mph will travel a pretty good distance even after the driver hits the brakes.

This very same concept also applies to the print head of a 3D printer. The print head receives commands from the software that say how far it will travel before it starts laying down filament again. It carries out the command but has no idea if it landed in the correct position. When a print head moves too fast, its momentum tends to make it overshoot from its target position and lay down the filament where it shouldn’t.

The worse thing about the print head missing its target destination is that the error carries over – its next move command will start from a wrong position and will make it end up in another wrong position. Now, imagine this happening throughout your 3D print. You’ll end up with an unrecognizable blog with filaments extruded all over the place.

Are there ways to make 3D printing faster?

With speed being one of the biggest limitations of 3D printing technology, various manufacturers and modders have seemingly made it their mission to help speed up 3D printers. If you’re interested in marginally decreasing the time it takes to finish your print, then here are some options:

1. Use a Bowden extruder

A Bowden extruder removes the weight of the hobbed gears away from the print head and instead lengthens the path that the filament has to travel from the extruder to the hot end. The result is a print head that is slightly lighter and able to travel at faster speeds without developing too much of a momentum. It’s hard to tell how much faster you can set the print head’s travel speed – it will likely depend on the particular Bowden extruder you get.

A persistent problem that Bowden extruders have always encountered is in handling flexible filaments. With such a long travel path between extruder to hot end, any pressure buildup due to incompatible printing speed and heating will result in the filament getting deformed. This can result in the gear hobs stripping the filament and eventually jamming the nozzle. Bowden extruders are also a little more difficult to take apart when you need to do a nozzle unclogging session.

2. Use a different slicer software

Another way for you to potentially speed up the printing process is by printing with lower fill settings. This is only applicable when weight and durability are not so important in the build you are creating.

While most slicer software are pre-loaded with different fill settings and options, more modern versions have come up with more efficient and fill strategies that cut down on both the amount of filament needed and the printing time. We can see how any gains due to more efficient fill settings can become more significant with bigger models.

3. Get an SLA printer

This sounds like cheating because it’s no longer within the realm of FDM printing, but we seem to be in an era where desktop SLA printers can start to become popular. Instead of laying down filament on a build platform, stereolithography (SLA) printers rely on the polymerization of a resin solution by exposure to a laser. With this technology, each layer can be built in one go, instead of having a print head move around to build it. SLA printers also produce much thinner layers, resulting in more durable prints.

As you can expect, the biggest drawback of SLA printers is that they are expensive. Budget SLA printers can cost at least $500, a huge jump in cost compared to premium FDM printers that you can get for less than $300. However, even with the associated high costs, we cannot imagine SLA printers getting a stronger foothold in the 3D printing industry, especially if speed is the name of the game.

It’s easy to see why FDM printers became so popular in the past couple of years. It’s cheap and easy to use and have driven a lot of creators’ imagination to come up with their very own 3D models. A few years down the road, we are faced with the realization that FDM printers may not be the future of rapid prototyping after all.

FDM printers can take between 12 to 20 hours to finish printing huge and complex designs. Of course, FDM printers are not immune from faults, so you’ll probably spend a few more hours tinkering with the printer’s parts and the software’s settings. If you have a short fuse, FDM printers will really test your patience.

As we have seen in this discussion, we’re not likely to see any huge improvements in terms of FDM printing speed. The mechanics by which its printing head moves around the build platform severely limits how fast it can move, especially if you’re interested in creating a print that even remotely resembles your model.

Is desktop SLA printing the future? It can be argued that it’s already the present. The speed and accuracy of SLA printing have made it extremely attractive for professional 3D printers, and it has caught the attention of many. At this point, the biggest hurdle that desktop SLA printers are still facing towards mainstream popularity is their relatively higher cost. However, we don’t see how small improvements in technology can make it just as affordable as FDM printers in the near future.