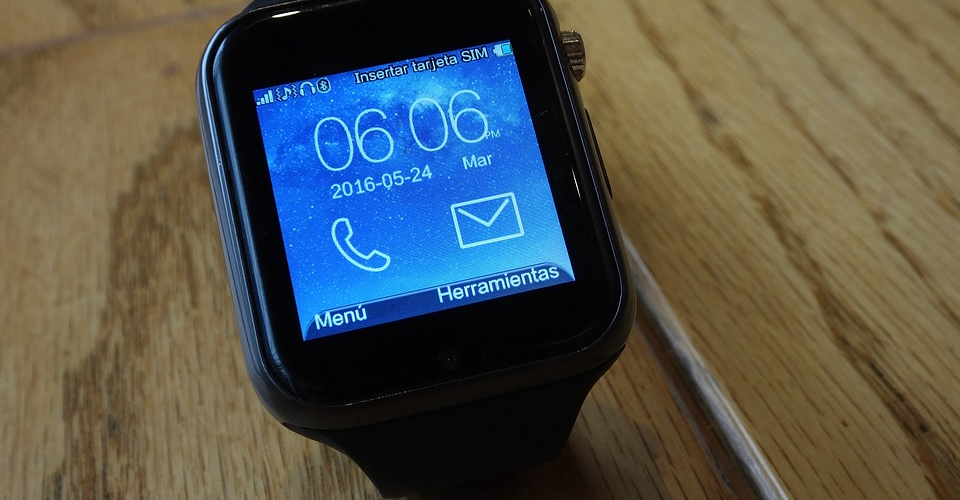 Can You Play Games on Your Smartwatch?

by Joseph Flynt
Posted on July 22, 2020
15 Shares
3D Insider is ad supported and earns money from clicks, commissions from sales, and other ways.

Those old enough to remember the Game & Watch devices developed by Nintendo (and all its knock offs) back in the 1980s can probably understand the appeal of playing games on a smartwatch. After all, the smartwatch seems to be well in the way of being the new smartphone – a device that practically everybody owns and uses.

To answer the question posed by the title of this article – yes, you can play games on your smartwatch. Whether on the Apple Store or the Google Play Store, there are already probably several hundred games that were developed for the smartwatches. Are these games any good?

Before we go ahead and list down a few nice games that you can download for your smartwatch, let us preface the list by saying that the gaming experience in a smartwatch is severely limited. In a way, gaming on a smartwatch will probably take you back to how games in smartphones looked like more than 10 years ago.

Any devices the size of a smartwatch probably doesn’t have much hardware in it. For the most part, the features of a smartwatch rely on it being paired with a much more powerful smartphone.

For standalone apps like games, developers have stripped them down to the most basic features to make them compatible with the limited processing power of smartwatches. With the abundance of inexpensive gaming consoles nowadays, even a kid would not be blown away by the graphics of a smartwatch game.

The tiny screen and limited buttons of a smartwatch mean that games designed for them need to have deliberately basic controls. For this reason, most smartwatch games are either puzzle-based or are fitness apps disguised as games. Save for a few exceptions, none of these smartwatch games are action-packed, nor do they require quick reflexes.

Developing a game for a smartwatch is tough because of all its limitations. It comes as no surprise that the online market for smartwatch games remains very small, despite the growing popularity of smartwatches. A smartwatch can only evolve so much while still retaining its compact and lightweight build, so we don’t expect smartwatch games to evolve beyond simple games soon.

With the current technology, don’t expect to play a game with MMO capabilities or an engaging story on your smartwatch. These games are mostly designed to pass some time while you’re waiting or to stave off boredom. After all, you most likely will have your smartwatch with you wherever you go. It’s also a little more accessible than your smartphone.

Despite the limitations of smartwatch games, it would be remiss of us to leave you with no recommendations for some good games. You can only install so many games on your smartwatch – better make sure that you install the good ones. 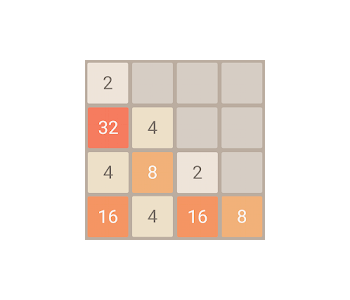 The classic puzzle game which has you combining similar-numbered tiles until they add up to 2048, this is an entry that is perfectly suited to the simple controls of the smartwatch. Playing 2048 only requires swiping in any of the four directions. You can choose between different board sizes – from 3×3 to 8×8 – so there’s enough variety in the game to keep you interested for a couple of weeks.

Despite the simplicity of 2048, its smartphone version was massively successful. This is a puzzle game that’s challenging but never frustrating, always encouraging you to try and try again should you not make it to the mythical 2048 figure. This addicting factor translates well to the smartwatch version. If you’re looking for a game that you can keep on your smartphone for a long time and not get tired of, then we suggest downloading this one right now. 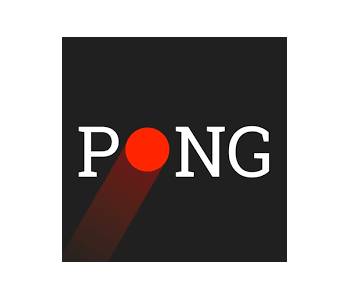 We’ve said it before – the environment of a smartwatch is perfect for basic games. What could be more basic than Pong? The original video game makes a comeback on the Apple Watch, with the paddle controllable by simply rotating the crown on the side of the smartwatch. Everybody knows how to play Pong, so this is pretty much a no-brainer.

If there’s a persistent complaint about the smartwatch version of Pong, it’s the fact that your AI-controlled opponent does not provide much of a challenge. Some people, however, might look at this in a good way. Despite the simplicity of the game, losing to a good AI opponent might make the game a little too frustrating. 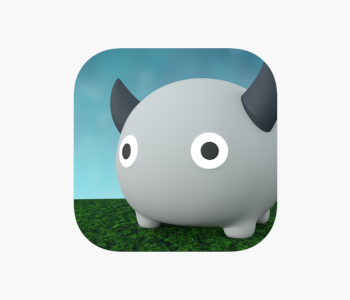 Depending o who you ask, sitting down is often considered to be either the new smoking or the new cancer. The point is that spending too much time in a seated position is bad for your health. Standland is basically a gamified fitness app that encourages you to stand up more through the help of a cadre of cute animal-like creatures, all lovingly rendered in 3D.

Basically, the creatures mimic what you do. They stand up when you do but can fall asleep when you sit down too much. They are much happier when you move around. If that’s not incentive enough, then you can even unlock additional creatures by hitting specific movement goals.

The minimum goal of the game is to have you stand up at least once or move around for at least one minute for every hour. The game takes note of how many times you stood up per day and records all the stats in weekly and monthly calendars. If you spend a lot of time seated down during the day, then this app and its cute animals may be what it will take to have you move around regularly. 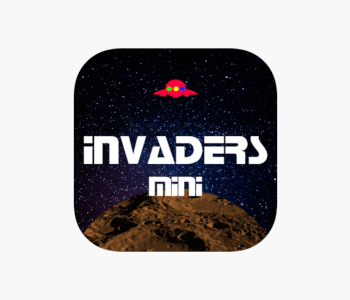 While we’re on the topic of nostalgia, just the appearance of this app should entice just about any retro gamer to download it. Invaders Mini is a smartwatch game heavily inspire by Space Invaders, considered one of the original video games to have hit the mainstream. By simply swiping and tapping on the screen, you can have your spaceship move around and gun down virtually endless waves of colorful aliens.

The game is fairly challenging, if only because controlling anything on such a small screen is never easy. As you progress in the game, the aliens will get faster and stronger, pretty much ensuring that you will lose and will need to start over. The old-fashioned and simple mechanics make the game infinitely appealing, especially for those who remember the original game from their childhood. 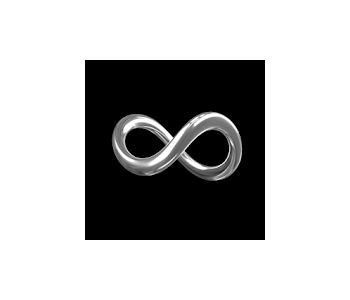 One of the most downloaded games for smartwatches, Infinity Loop consists of a series of puzzles with a singular objective – connect everything. This may sound simple, but as you’ll find, there are highly complex ways in which this concept can be used.

Aside from being logically challenging, there is also a certain “zen” quality to this game that has made it so popular. It’s a great way to relax if you’re having a stressful day at work. Ironically, a game about connecting has proven to be excellent for disconnecting from the rigors of the real world.

Infinity Loop is free to play for the first 100 levels, beyond which you’ll need to pay a small amount. By the time you reach level 100, you should have a pretty good idea if this game is worth paying for. 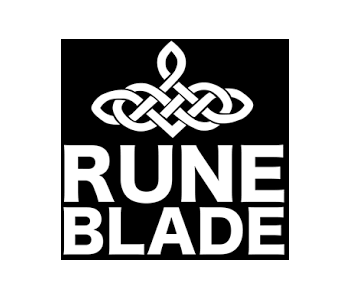 Can you imagine playing an entire story-drive role-playing game on a smartwatch? That’s exactly what Runeblade is offering. One of the deepest and most complex smartwatch games, Runeblade has all the trappings of a classical RPG – riveting characters, sprawling quest, magical artifacts, and legendary monsters to beat.

Told through simple but gorgeous art, Runeblade is just as addicting as any other RPG. Despite the simple controls, you’ll find yourself itching to get that next upgrade to your weapon or to complete the next quest. If anything, this game might be a little too addicting – especially if you can play it on a smartwatch that you can pull out at literally any moment. 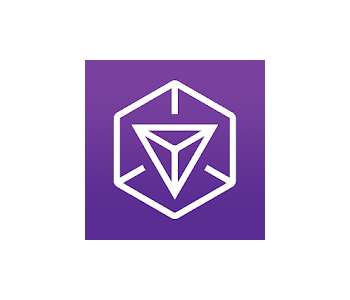 If you can still remember the craze of Pokemon GO that took over the world a few years ago, then you might be thinking that a smartwatch port is something that the concept desperately needs. You need to wonder no longer, as Ingress Prime is the perfect smartwatch-compatible game that will encourage you to walk around the town.

Just like the original Ingress, Ingress Prime is an augmented reality game that encourages you to find portals on a map based on the real world. You then have to walk up to these portals and “claim” them for your team. This deceptively simple concept is an exceptionally good match for a smartwatch, as you can afford to be more subtle while walking around playing this game.

The convenience with which smartwatches allow people to access new life-essentials such as messages and e-mails have pretty much guaranteed that they will remain relevant to modern life. This also means that smartwatches need to be valuable for more than just providing the essentials – they also need to be useful for entertainment.

To be honest, a smartwatch-based game would be hard-pressed to impress anyone. In terms of graphics and gameplay mechanics, games on smartwatches are severely limited in what they can do. Their real value is in being tools for passing the time – while waiting for food or falling in line at the bank.

This is no fault of the smartwatch. It’s simply too small, and the gaming industry has grown too much for any new piece of technology to catch up with. These games don’t diminish the value of a smartwatch at all.