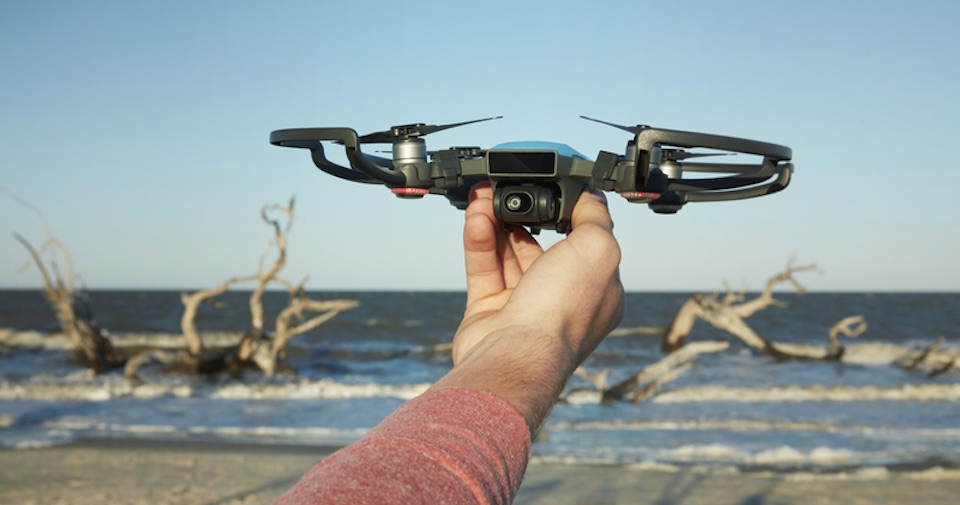 by Joseph Flynt
Posted on March 11, 2019
206 Shares
3D Insider is ad supported and earns money from clicks, commissions from sales, and other ways.
DJI has just released the Mavic Air 2. See all of the specs here.

It’s been a while since the DJI Spark 2 rumors did the rounds. This latest update looks at where we’re at today. Moreover, we need to know if we’re any closer to seeing this much-anticipated launch.

Everyone sits up and takes notice whenever there’s a rumor about a new DJI drone. It’s the same response when there’s an announcement for a major upgrade to an existing model. We’ve seen it with the Mavic 2 Pro and Zoom, the DJI Phantom 5, and now with the DJI Spark 2. Many fans wonder what a newer Spark could offer on top of what it already has.

What’s Wrong with the Original Spark?

There’s nothing wrong with the original DJI Spark per se. It was—and continues to be—a revelation in the world of camera drones. The Spark reached out to a much wider audience. It delivered good looks, simplicity, and ease of use. Heck, gesture controls and palm landings are still its major attractions. This little quad is novel and practical on so many levels.

Still, the DJI Spark left plenty of room for improvements despite its popularity and broad appeal. These may not be obvious to the novice, but they’re glaring to the experienced pilot who demands more. It’s possible that we will get a Spark Pro before we get the Spark 2. The Spark Pro may be a modified version of the existing Spark with a longer flight time and a 4K camera.

Drone technology continues to evolve, and that means there’s always room for product enhancements. It also means DJI is forever in pursuit of the perfect craft. That in itself is a never-ending feat but a fascinating journey. It certainly keeps enthusiasts of unmanned aerial vehicles (UAVs) on the edge of their virtual pilot seats. It also keeps rivals competitive, and that’s always good news for consumers.

Few things go according to plan when it comes to new technology. Some of the hype and delays may be deliberate—done to keep DJI fans talking. Other hitches are unavoidable and often due to production snags. DJI doesn’t actively plant rumors as far as we know. Permanent discounts on current models can be a good indicator that the next generation is on the way.

A lot of speculation comes from industry insiders. These are guys who talk about what they think will happen rather than what they know to be true. Some of them have excellent track records too. That’s why we sit up and listen whenever they have something to say. Delayed product launches are often the result of production snags. That can also be a good thing as it suggests significant updates.

Leading Up to the Spark 2

The original DJI Spark was released in May 2017. The company marketed this little quad as a budget-friendly drone with high-quality photo, filming, and flying capabilities.

The standout features of the DJI Spark original look like this:

The current model is an excellent travel and selfie drone and super-easy to use. So why the Spark 2?

Below are 6 areas for improvement we’re likely to see on an all-new Spark 2. The list further down looks at less likely—yet still possible—upgrades. What we know about DJI, though, is that the company can still surprise us. It knows how to keep secrets hushed up until the very last minute.

Let’s now look at how the anticipated updates above can make such a difference.

WiFi connection is great—when it works. We all know that WiFi is notoriously unpredictable. And there have been many complaints about the unreliability of the Sparks WiFi connection. A USB cable connection from the remote to a mobile device guarantees a much better relationship.

Internal storage is a convenience that can save a lot of fuss, yet it’s not something all drones have. The current DJI Spark doesn’t have it, but there’s hope that the new Spark 2 will.

Spark 2 should have a 3-axis gimbal

The current DJI Spark has a 2-axis stabilized gimbal. Without getting too technical, a 3-axis gimbal would directly improve video stability and therefore quality. That’s because a 2-axis gimbal only stabilizes on two-axis (pitch & roll). A 3-axis gimbal works on 3-axis (yaw, pitch, and roll). The third motor helps to reduce jittery horizontal movements called the jello effect.

One of the big disappointments with the DJI Spark was its 1080P camera. There’s nothing wrong with 1080p High Definition (HD) video as such. The quality is near perfect on smaller smartphone screens. Many camera drones nowadays—even cheaper models—have 4K Ultra High Definition (UHD) as standard. UHD results in much better quality when viewed on larger screens, so it’s a big deal.

So, everyone expects 4K-video to be a top priority on any new DJI Spark 2.

There are lots of public drones out there that don’t have any obstacle avoidance. The DJI Spark does, but it could be better than it is. The current Spark’s avoidance system uses infrared sensors. The DJI Mavic Pro uses RGB cameras which is a much better setup. Improving the Spark’s avoidance sensors would please a lot of pilots. The addition of side and rear sensors would save a lot of branch collisions. It would also be useful when flying in more advanced modes like “circle” and “helix.”

Everyone loves the DJI Spark’s innovative gesture control capability. It’s not only magical—it’s highly practical for short range flying. It means there’s no need to use a remote controller (RC) or mobile device with an app to fly the craft. The gesture control has room for improvements, though, as with all new-fangled technology. The hope is to enhance the drone’s sensors to make it even more efficient.

The current gesture control requires a fair bit of practice and precision. The pilot must be close enough to the craft—but not too close—so that it can recognize gestures. An improved sensor would be more accurate and thus have some leeway in the case of slight human error.

Here are some other areas for “potential” enhancement, though less likely than the above:

The Spark is already light at 300g. There are suggestions that the Spark 2 will only weigh 250g or less. We expect the design to be similar with perhaps a few minor updates, cosmetic or otherwise. Voice commands are a nice idea, but it feels more of a novelty than a must-have feature.

The flight times of some drones don’t even make double numbers. And no camera drone ever reaches triple digits. The measly 16-minute maximum flight time of the DJI Spark was a major letdown. Spare DJI batteries are expensive too. Worse still is that their drones don’t accept cheaper, third-party batteries. The hope is that DJI will award us with an improved flight time of around 25 minutes.

DJI’s Spark has a max range of just 100 meters if you use the app. The range extends to 1.2 miles using the optional controller. That’s extremely low compared to the DJI Mavic Pro’s 4.3 miles.

The DJI Spark is already tiny, lightweight, and incredibly luggable. But imagine if those arms could somehow fold into or tight to the body. That would make it the most portable mid-range drone bar none. The Mavic Pro already has a foldable design, but it’s bigger and has more room for such developments. But surely the team at DJI could come up with something for the Spark?

Final Thoughts on the DJI Spark 2

It’s easy to see how there’s room for improvements when you look closely at the current Spark. Some updates on this page won’t happen. After all, DJI must maintain a difference between the Mavic Pro series and its Spark 2. The upgrades mentioned here are the most talked about and thus the most likely. We can expect to see at least some of these things materialize, so watch this space.

Joseph Flynt
I love diving into the latest and greatest in emerging technologies and seeing what they can do. I enjoy running when I'm not thinking about tech.
21 comments
Share now:
206 Shares
YOU MAY ALSO LIKE
SEE MORE