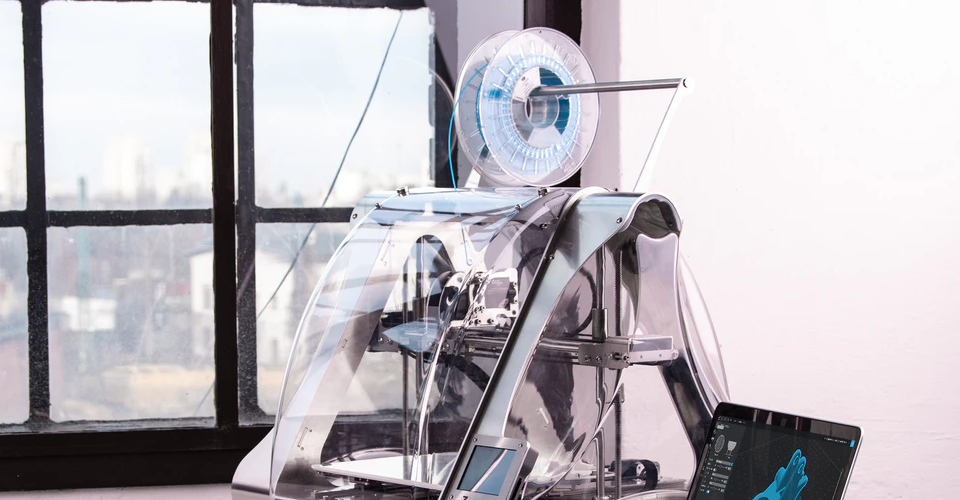 How to Avoid Getting your 3D Printing Filaments Tangled

by Joseph Flynt
Posted on May 22, 2021
19 Shares
3D Insider is ad supported and earns money from clicks, commissions from sales, and other ways.

Why does filament get tangled?

Contrary to popular belief, it’s very unlikely that the knot that caused your 3D printing project to fail came with the spool. Filament spools, for the most part, are reliable when it comes to winding. This is because manufacturers use industrial equipment that maintain good tension on the filament during winding to prevent knots. These are heavily used and have a very low probability of failure.

In most cases, filament entanglement is a result of user error. When a spool of filament ships out, its endpoint is typically secured via a clip or a hole along the spool. This helps the filament maintain tension and prevents it from entangling.

This does not disregard accounts of users getting filament spools that already have tangles. This is likely more common in cheap spools of filament or those coming from less popular brands. There are also spools of filament that do not have their loose end secured when shipped. When you see something like this delivered to you, then you can expect to do a bit of troubleshooting to remove the tangles.

As soon as you release the loose end, the filament instantly loses tension along a large segment. With the filament slack, it then becomes possible for the filament to go underneath another coil. This can be barely noticeable even when you wind the filament again tightly. However, this snag will almost certainly cause a problem when you start 3D printing. 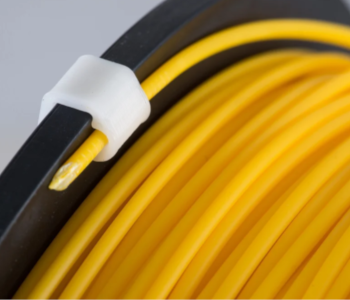 Knowing now what causes a filament to get tangled, we also know that the key is maintaining the tension in your filament. Tangling usually happens when it’s time to change over to a new filament or when you’re putting your filament away for storage. At these moments, the short period when the filament goes slack can be enough to introduce a knot into your spool.

Filament tangles are pretty easy to avoid as long as you know what causes them. When loading or unloading a spool, it is important to hold on to the loose end and try to maintain tension in the filament.

NEVER put a filament back in storage without securing its loose end. This is fairly easy to do if the spool of your filament has holes where you can weave the filament through. If not, then you can 3D print a basic filament clip that can be attached to the edge of the spool.

Keeping control of the loose end of a filament spool is easier said than done. This can be particularly problematic if you’re working with a brittle filament. If your filament happens to snap midway, then you instantly have a huge portion of slack filament. When this happens, take some time to check for tangled sections before resuming your print.

How to untangle your filament

As easy as it is to entangle a filament, it’s still something that happens. If you’re lucky, you might still catch it before it ruins the rest of your print. Whatever you do, DO NOT unwind your entire spool of filament just to remove a knot. Without an industrial winding machine, you will probably end up with a more problematic spool.

The reason why knots are so hard to detect is that they don’t disrupt a printing project right away. The knot can transfer further down the filament as you print, getting tighter and tighter until it can no longer be pulled by the feeder. You can’t really tell when a knot gets so bad that it can be problematic. It can be five or ten hours down the line, so it’s best to address it as early as possible.

What you want to do is to give the filament just enough slack that you can pull it off the side of the spool. When you do this, you might end up with the filament coming from three different directions. This is the indicator that there’s a knot somewhere down the filament that you haven’t unwound yet.

Keep on doing this until you end up with just a single strand of filament coming out of the spool. This means that the knot is no longer in the spool but is now in the segment of filament that you have already removed. Hopefully, you did not have to unspool a huge amount of filament.

At this point, all you have to do is to re-spool the unwound filament manually, making sure that you maintain tension and don’t create any tangles. Admittedly, the method is a lot easier to do if you do not have to unspool several meters worth of filament.

Tangled filament, as mundane it may seem, can be the thing that can ruin your 3D printing project. It can be particularly frustrating to find a project that has been printing for several hours has stopped just because of a tangle in your filament. For this reason, it is always a good idea to check your spool for any obvious signs of tangling before starting with a print.

The golden rule to follow here is to never allow your spool to lose too much of its tension. This means holding on to the loose end of the filament and securing it in place if needed. If you don’t want massive headaches with your filament, make sure to buy one from a brand or supplier that you trust. A well-made spool of filament should not ship out with any tangles.