by Joseph Flynt
Posted on August 22, 2013
25 Shares
3D Insider is ad supported and earns money from clicks, commissions from sales, and other ways. 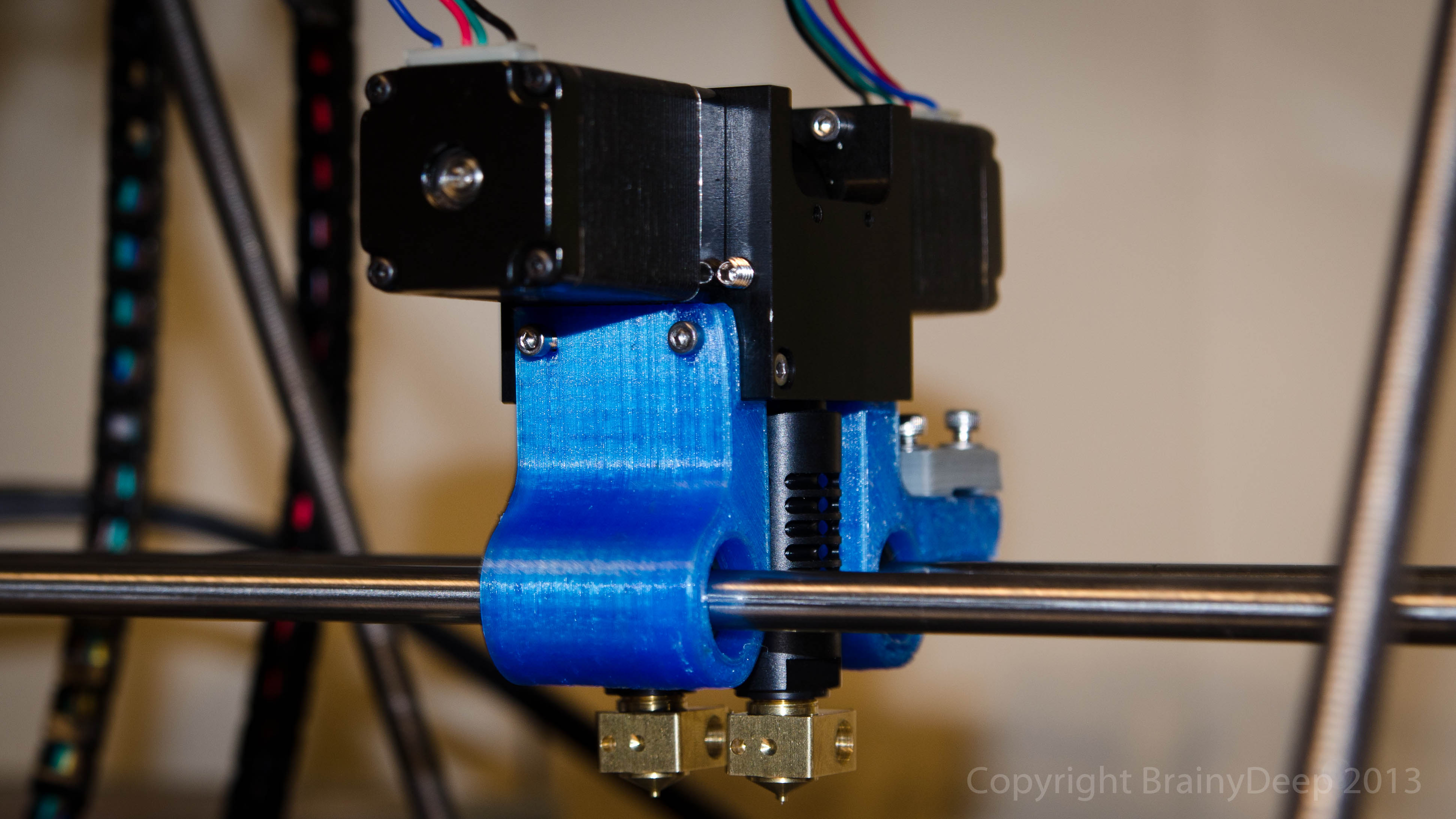 Australian based start-up BrainyDeep claims their Kraken Dual Pinch Wheel Extruder is the first of its kind and is also the smallest duel nozzle extruder available. They believe that their extruder is the best extruder in the world and can even rival some commercial machines.

The Kraken’s duel pinch wheel mode uses both motors on the Kraken to drive one filament line. This allows greater control and grip on the filament over conventional extruder’s. It also reduces the chance of stripped out filament and increases the extrusion force which can be achieved. 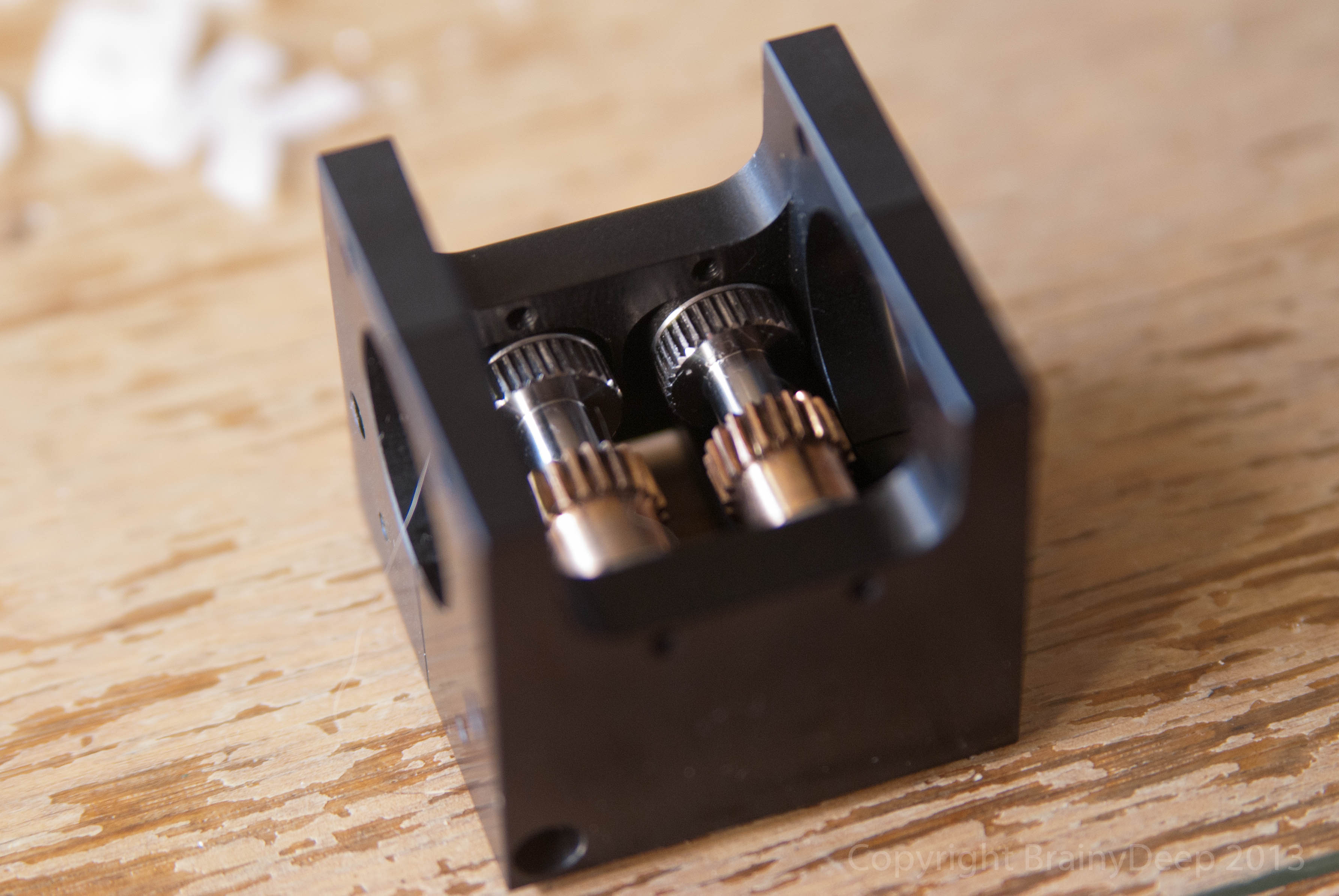 Kraken’s extrusion rate has been clocked at 900mm/s with no filament slip. The higher forced extrusion rate means that the extruder can operate at lower temperatures for faster material setting times and less warping.

Another feature of the Kraken is its duel nozzle extruder. At only 40mm wide, the Kraken is the smallest duel extruder on the market and you can have 4 nozzles in less than the size of one Wade’s Geared extruder. The nozzles are located closer to each other so each nozzle can reach more of the build platform. One nozzle can print up to to 26x20cm, 23x20cm with two nozzles and up to 15x20cm with four nozzles on a standard build Prusa Mendel.

The price for a Kraken starts at $350 and they should be shipped around March 2014. Check out the Indiegogo page for more info.

We must say that the Kraken looks incredible enticing if all what is claimed is true. Time will only tell but so far it looks great.