by Joseph Flynt
Posted on April 13, 2014
15 Shares
3D Insider is ad supported and earns money from clicks and other ways. 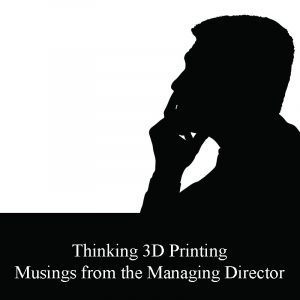 “Mind blowing stuff!” It would be nice to think that our accountant’s observation was about the prose and syntax delivered to readers at 3D Printer Plans. Yet we suspect it is more about the Pauline revelation as to what this emerging technology is capable of.

3d printing is indeed “mindblowing” and not just for the fact that the means of production – from making a simple pizza to a complex pelvic reconstruction is being devolved and democratized. It is “mindblowing” because of its potential implications for the tax-base – something with which accountants have an intimate association. Their job, of course, is to minimize tax whilst the state’s job is to maximize it. Somewhere, although inexorably more in the state’s favour, is found some sort of compromise.

We might expect politicians, with all their drivel about democracy and community to welcome 3dprinting with open arms. The more enlightened thereof might well do so but the “political class” (with their snouts buried deep) may have something very serious to worry about – and we do not mean 3d printed guns. 3D printing technology is effectively portending a revolution in the means of production and such revolutions can have powerful deflationary implications. The work by 19th Century British Parliamentarian Sir Hebert Maxwell Bart, to celebrate Queen Victoria’s Diamond Jubilee, powerfully attested to this (Sixty years a Queen – Eyre & Spottiswoode, Royal Publishers). He was able to comprehensively demonstrate, with the help of analyst Mr W.H. Mallock, that the period from 1837 to 1897 had delivered a remarkable increase in real incomes, particularly for the working class;

“Mere quotation of figures will not make clear the increased share of the national wealth which now finds its way into the pockets of the working classes, because the unprecedented cheapness of all the necessities of life and many of the luxuries of life (intoxicants alone excluded) has raised the buying power of wages in a degree which cannot be estimated”. He continues; “the income of the working classes in 1881 was about equal to that of the whole nation in 1851, with largely increased purchasing power owing to reduction in prices”.

Note Sir Herbert’s point that a powerful reason for such a rise in real incomes was the growing “cheapness” of things. What was a key contributor to that cheapness? It was of course dramatic advances in the means of production as technology – unthinkable when the Duke of Wellington defeated Napoleon at Waterloo in 1815 – became increasingly ubiquitous. This was the industrial revolution in full swing immortalized by the “dark satanic mills” which William Blake had foreseen when he wrote Jerusalem.

Potentially we now have the best of both worlds, for 3d printing offers the prospect of a second industrial revolution without some of the human and environmental nightmares associated with the first one. We may be able once again to enjoy true inexpensiveness (not just things that are cheap because they are rubbish) and thus arrest the inexorable post 1970s decline of working and middle class “real” (adjusted for inflation) incomes.

Hold on though because London, Washington, Brussels, even Wellington in New Zealand – “we have a problem”. Why? Because politicians have so successfully turned us into mere units of consumptive account with a nice tribute taken on much of what we buy. New Zealand is an offender “par-excellence” in this regard even levying 15% Goods & Services Tax on medical devices and essentials like food. Now 3d printing threatens a deflationary bias. In other words it may not just be filament that we see melting but the tax base as well because if products become cheaper and more affordable there is less share for the government to take as tribute.

When the political class finally get round to understanding their trough is threatened expect to see more emphasis on the “security risks” posed by 3d printing and the need for controls and legislation. Expect such attempts to impede progress to fail – just as the Luddites failed in their attempt to hold back the first transformational Industrial revolution.