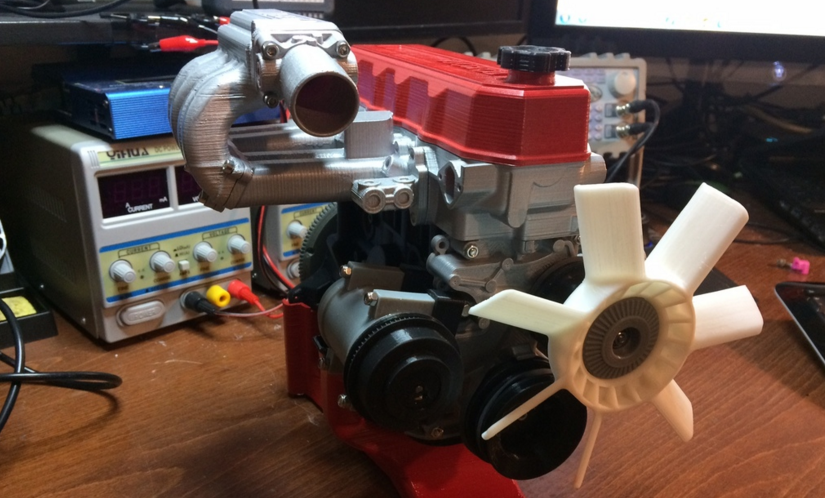 by Joseph Flynt
Posted on April 19, 2016
17 Shares
3D Insider is ad supported and earns money from clicks and other ways.

Toyota has made some excellent engines over the years and some would argue their best were during the 80’s and especially the 90’s. Toyota have been known as some of the most reliable, if not the most reliable vehicles on the road. While the Toyota 22RE 4 cylinder engine is not the most exciting engine it was found in some of their best cars; including the Celica, Hilux, the Corona and even made its way into the Volkswagen Taro. Eric Harrell (ericthepoolboy) has reversed engineered a 22RE he had lying around and has created a fully printable working model.

Eric said “Completely reverse engineered Toyota 22RE 4 cylinder engine. Can completely print a fully rotating model. Working crank, pistons, and valve train. The valves open and close!!!. It may not be the most exciting engine but it’s the only one I had in my garage. Great if you want to learn about engines and how the moving parts in them work. All parts are printed except for a few bearings and fasteners.” 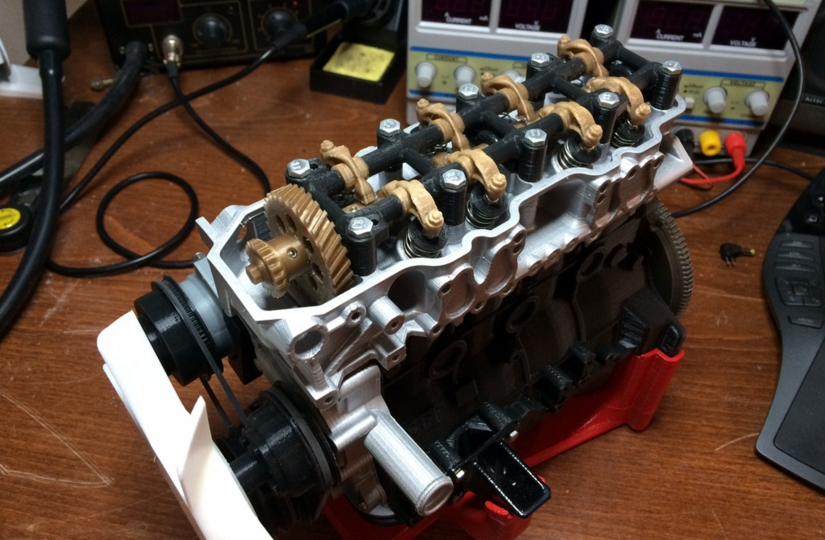 Apparently it took over three days to print, with the engine block taking around 34 hours, while the head took 23 hours and the valve cover and oil pan took 10 and 14 hours respectively. The model was printed at 0.2mm and Eric uses an original Prusa as his main printer of choice. Solidworks was used to create the model, which was scaled to 35% of the actual engine size for printing. All up, there are 80 printed parts in this model.

This would certainly make a good demonstration model, although remember you’ll need a fairly well calibrated printer to print this. This file can be found on Thingiverse.