Thunderbolt 3 vs USB-C: What is the difference?

by Joseph Flynt
Posted on December 15, 2018
17 Shares
3D Insider is ad supported and earns money from clicks and other ways.

There is one topic in the tech world that consumers continue to scratch their heads over and that is the difference between USB-C and Thunderbolt 3. The confusion often stems from the assumption that both cables use the same connector, however, this isn’t completely accurate as one of them isn’t really a cable at all.

This guide looks at both USB-C and Thunderbolt 3, explaining the differences between the two technologies and which is best for different types of users.

If you look around your home you will likely find a number of items that use a USB (Universal Serial Bus) connection. When it comes to peripheral devices, USB is the most successful connection type in the world with around three billion USB ports shipped worldwide each year.

In short, USB-C is simply the latest iteration of the USB. However, unlike its predecessors, it has addressed many of the issues that have plagued USB connectors over the years, which is one of the reasons why the new connector has been getting so much hype from tech enthusiasts.

For example, users have been crying out for years, for a USB connector that can be used either way up. It may seem like a small issue but it has become a running joke that users will often need up to three attempts to insert a USB cable correctly and USB-C has solved this problem with a design that allows the connector to be inserted on the first attempt, every time. This is not only more convenient but better for the connector as traditional USB-A connectors can become damaged when being forced into a port the wrong way round.

Another problem that is now being addressed is the fact that users would often need multiple types of USB cables for a range of different devices. USB-C is slowly becoming the industry standard for most devices and peripherals, meaning that eventually the other types could be phased out completely. This has never happened before as each previous iteration of USB has had its own set of pros and cons, meaning none of them were good enough to take over completely from the previous generation. This led to users needing multiple different connectors, at any one time, creating a mess of cables that can now be cleared up and replaced by the USB-C cable.

USB-C also brings with it more speed. This will vary depending on which generation you are using but with a Gen1 connection, users can expect speeds of up to 5Gbps, and with Gen2, up to 10Gbps. On top of this, it can also deliver a power output of up to 100W, meaning it is now possible to charge certain devices through a USB connection. 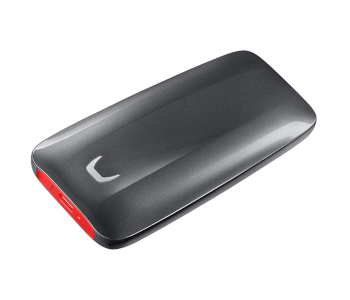 Unlike USB-C, Thunderbolt 3 isn’t a type of cable. Instead, it is a superset of capabilities that runs on USB-C connectors and cables. Thunderbolt 3, therefore, is essentially the technology that brings Thunderbolt to USB-C.

One of the main features of Thunderbolt 3 that often turns peoples head is its speed. Thunderbolt 3 is capable of delivering speeds of up to 40Gbps, making it the fastest connection available. This amount of speed means that Thunderbolt 3 can be used for a whole host of different purposes including outputting 4K video to up to two devices and allowing users to make use of devices such as external GPUs.

Thunderbolt 3 is also bidirectional and provides four lanes for PCIe Gen3 and eight lanes of DisplayPort 1.2. You can also daisy-chain up to six devices so that they share a single Thunderbolt port, although, each USB device will need to connect via its own cable to its own port. eGPUS are taking full advantage of this, using Thunderbolt 3 to provide users with desktop-level graphics performance without requiring a desktop.

Another great thing about Thunderbolt 3 is that it cannot only connect to Thunderbolt-aware devices but also older protocols such as HDMI and FireWire via adapters. It can also connect to USB devices.

When it comes to specifications, Thunderbolt 3 is clearly the winner as it offers far higher speeds and more versatility when compared to USB-C. This isn’t the only thing that matters though, and there are still many reasons to opt for USB-C only cables over Thunderbolt 3.

USB-C is far more commonly used on devices, with only the most high-end devices using Thunderbolt 3. This means that the average consumer might not even have a device that uses the technology, at least not yet. Some of the most popular devices that use Thunderbolt 3 include the latest MacBook Pros and eGPUs such as the Razer Core.

Thunderbolt 3 cables are also far more expensive than regular USB-C cables and there really isn’t any need to pay the extra if you aren’t using a device that supports the technology. This is because even though Thunderbolt 3 can provide speeds of 40Gbps, this speed is still partly dependent on the devices that are connected.

Should you invest in Thunderbolt 3?

It really depends on each individual as to whether Thunderbolt 3 is a necessary investment. As good as the technology is, it isn’t really needed by everyone and casual users will get far more value for money from simply using a regular USB-C connection instead. For example, those you use a computer to browse the web, send emails, write documents, and watch the odd movie will likely not need Thunderbolt 3 as USB-C will allow them to do all of those things easily.

Those who use a computer for more power-intensive tasks, can benefit greatly from the technology though and will likely see it as a worthwhile investment. An obvious use case is gaming, where a user may want to output to multiple displays. Although most games are still played at 1080p, the industry is certainly heading in the direction of 4K gaming and a Thunderbolt 3 connection will help make this possible thanks to its super-fast bandwidth.

Thunderbolt 3 is also very useful for those who use high-performance storage systems. Thunderbolt based storage systems are incredibly fast and those who work with very large amounts of data on a consistent basis will reap the benefits of the 40Gbps provided by Thunderbolt 3, as they will be able to transfer data between devices very quickly.

Those who use a docking station will also benefit from Thunderbolt 3. A good way to think of a Thunderbolt dock is as a port breakout box. It essentially takes all of the ports supported by Thunderbolt and makes them available in one external box. This is great for users who have multiple devices and peripherals as they can simply connect everything to the dock and use it as a hub for all of their devices.

In short, it is up to each user as to whether they need to make the jump to Thunderbolt 3. It is a great technology that provides many benefits to the end user, however, there are still plenty of people who don’t use a computer for anything more intensive than browsing the web and for those people, USB-C is the way to go.