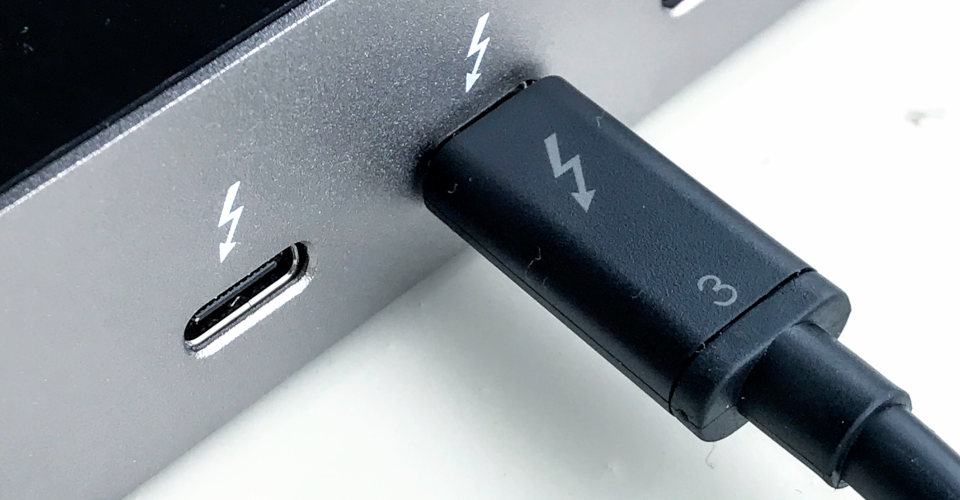 Thunderbolt 4 Speculation: What Will It Include?

Thunderbolt 3 has been around for a few years now, so it is only natural that speculation about the next iteration of the technology has started to surface. Thunderbolt 4 can’t be too far away and there are a number of different things we can expect, from what will undoubtedly be a ridiculously fast connection-type.

Why Thunderbolt 4 can’t be far away

The main reason Thunderbolt 4 could be just around the corner is because of the growing popularity of eGPUs. These devices allow you to connect an external graphics card to a laptop via Thunderbolt 3 in order to improve the overall graphics performance of your laptop.

Depending on the GPU you use, this can potentially turn your average laptop into a gaming machine capable of running AAA titles, which is something desired by many people. The issue right now, however, is that with Thunderbolt 3 there is a reported 30% drop in performance compared to housing the GPU inside a desktop.

With games getting ever more complex and 4k titles starting to hit the market this presents a problem as Thunderbolt 3 is only going to limit you more and more as other technologies improve. For this reason, Apple could push the release of Thunderbolt 4 forward in order to allow eGPUs to keep up with the modern demands of gaming.

The other reason for all the Thunderbolt 4 speculation is that Apple has been teasing a new Mac Pro for some time now and we have been told to expect a major revamp. This could be a hint that Apple plans to make the new Mac Pro their first device to feature the new technology.

USB4 is also just around the corner and will be dropping in 2021. It will offer the same speeds as Thunderbolt 3, making the latter potentially redundant at that time. This could be another incentive for Apple to release Thunderbolt 4 as soon as possible, as they will surely want to keep ahead of their competitors.

What to expect from Thunderbolt 4 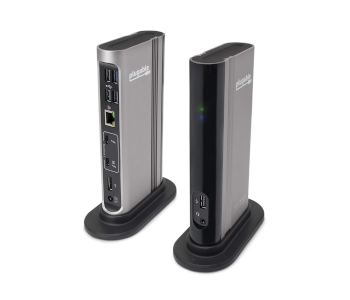 This would certainly reduce the performance drop in eGPUs and it could mean that they will finally offer an almost identical level of performance to a desktop GPU.

This faster speed will also pave the way for higher resolution video transmission, and there is a good chance that Thunderbolt 4 will support dual 8k video and possibly even higher formats. Thunderbolt 3 is said to be receiving its own support for 8k video, but if Thunderbolt 4 is able to output this resolution to multiple monitors, it will blow its predecessor out of the water.

Thunderbolt 4 will also likely offer greater power passthrough, making it even easier to charge devices through the port. This could give us the option of charging multiple devices at the same time using only one connection which would be super convenient although this sort of functionality will likely be limited to smartphones and possibly lightweight laptops.

This will also mean the functionality of docking stations will likely improve as well as Thunderbolt 4 will be able to power even more peripherals than the current technology. Docking stations are already very versatile though so this feature is arguably less important.

External storage devices will also benefit from the new technology as large volumes of data will be able to transfer across devices even faster. With software becoming increasingly complex, the size of files are also steadily increasing and this means that the desire for greater storage capacity is increasing as well.

Having more storage is all well and good but if you can’t move your data quickly then it will feel like you are living back in the 00’s. Thunderbolt 4’s increased speeds will address this issue and keep your data transfers fast and smooth for years to come.

What needs to happen first

Before we get Thunderbolt 4 though, we need to wait for PCIe 4. This is the technology that will allow our devices to work with Thunderbolt 4. Without it, our computers simply won’t know that it is even there, rendering Thunderbolt 4 completely redundant.

PCIe (peripheral component interconnect express) is an interface for connecting high-speed components. Every desktop motherboard has a number of PCIe slots that can be used to add GPUs, RAID cards, Wi-Fi cards, and SSD add-on cards. Given that the current iteration, PCIe 3, is needed to support Thunderbolt 3 cards, it is safe to assume that Thunderbolt 4 will require a PCIe 4 interface.

This interface is set to be released later this year and considering Intel’s reliability when it comes to early adoption of technology, this is a fairly safe bet. Once it drops, Thunderbolt 4 shouldn’t be far behind and hopefully within the next year or two, Thunderbolt 4 will finally be making its way onto our devices.

Joseph Flynt
I love diving into the latest and greatest in emerging technologies and seeing what they can do. I enjoy running when I'm not thinking about tech.
6 comments
Share now:
15 Shares
YOU MAY ALSO LIKE
SEE MORE