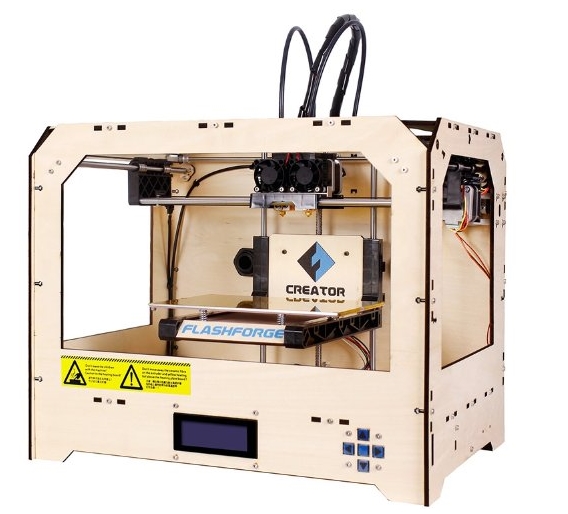 A couple of weeks ago we posted about our “best three 3D printers under $500”, which consisted of the Solidoodle 2 Pro, XYZ Printing’s Da Vinci 1.0 and the PrintrBot Simple Maker Edition Kit. This week, we’ve made a list of our top three printers between $500 and $1,000.

As always, we’ll just make a note that there is a whole range of different 3D printers on the market and we know that you can build one with as good or even better specs than the printers below for the same price. These printers represent what we feel give the best range of usability, support, printer specs and customizability. 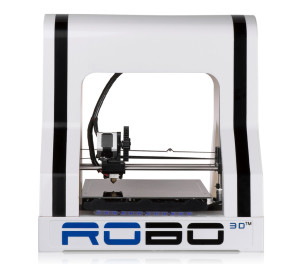 ROBO 3D has been around since 2012 and they launched a successful Kickstarter back in early 2013 for their ROBO 3D Printer. The company has quickly become a favourite among the 3D printing community and their printers put much more expensive machines to shame with their great specs and features.

The R1 is the next iteration of the original ROBO 3D Printer and is more of an evolutionary step than a complete shack up. New features include automatic calibration, SD card printing capabilities, upgraded hardware (rods, bearings, etc.), a six month parts replacement warranty and multiple material printing capabilities.

All the new features on the R1 are a nice addition; however it’s the basic specifications like the large 10x9x8 inch (254×228.6×203.2mm) build volume that sets the R1 apart from the competition. Additionally, the ROBO 3D R1 can print at a consistent 100 micron layer resolution and the printers come fully assembled with a nice, rugged enclosure. 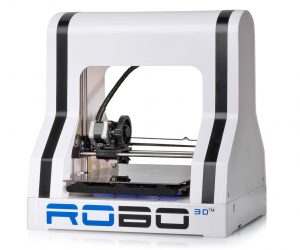 As with most printers performance out of the box seems questionable, although most of the complaints are laid at the earlier ROBO 3D printer. The new R1 fixes most of the issues with its new automatic calibration system and re-engineered print head that supports both ABS and PLA, along with a multitude of other materials.

The R1 is priced at a reasonable $799, which along with its great specs makes for an awesome printer. In addition to the great specs and price, ROBO 3D have a very informative forum which is always willing to give a fellow ROBO 3D owner a hand.

YouTube user Barnacules Nerdgasm has a number of videos explaining and showing off his original ROBO 3D. 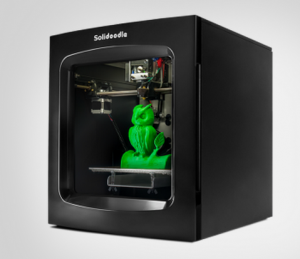 Solidoodle returns to our list this week with their Solidoodle 4 3D printer. When the Solidoodle 4 was announced late last year it came as a bit of a disappointment. The initial price of $1000 wasn’t really worth the $200 to $300 over the Solidoodle 3 for a few extra features like the new enclosure and built-in filament spool holder.

Fast forward to today and the Solidoodle 4 represents great value at just $599. The price has been dropped a number of times, with the most recent coming when the company announced their new printers earlier this month.

Solidoodle’s fourth generation 3D printer shares many of the same specifications as the Solidoodle 2 Pro that featured in our ‘Three best 3D printers under $500’ article, although with a few additions. The build volume has been bumped up from 6 inches cubed to 8 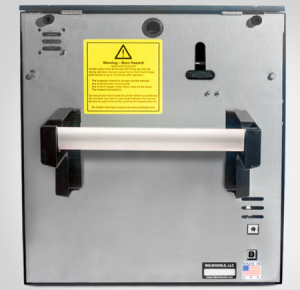 inches cubed (203.2 x 203.2 x 203.2 mm) and the new black powder coated enclosure provides a quieter printing experience that also reduces the warping issues that previous models experienced. Additionally, Solidoodle have upgraded the 4 to their all metal extruder that improves upon the troublesome Acrylic one. Print resolution is still 100 microns and the print speed is fairly similar to the Solidoodle 3.

At $599 you really can’t go wrong with the Solidoodle 4. Yeah sure you’ll probably find setting it up harder than other 3D printers, but the Solidoodle community is great and is always quick to respond. If you’re willing to put up with a few failed prints and quite a bit of tinkering the Solidoodle 4 could be the printer for you. Hit up Amazon to find out more. 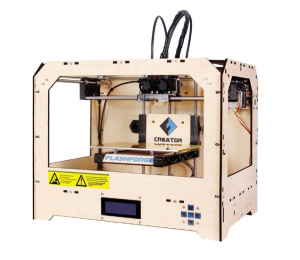 FlashForge is one of the first Chinese enterprises to professionally develop and produce desktop 3D printers. The team at FlashForge cooperate with the Tsinghua University to develop 3D printing technology and the company is the vice president of the Zhengjiang 3D print Union.

The company have a number of 3D printers available but today we’re going to talk about their Creator Duel-Extruder 3D printer. Being the only dual-extruder 3D printer on our list, the Creator brings a new set of features and skillsets to the table. You’ll be able to print in two colours at once which can be beneficial in a number of circumstances.

Unfortunately, the Creator has the smallest build volume of the three printers listed at 225 x 145 x 150mm, although most of the time you probably won’t use the entire build volume of 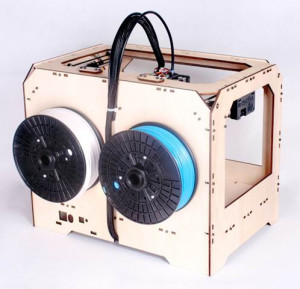 Unlike ROBO 3D and Solidoodle, FlashForge don’t appear to have a well-established community; however there are a number of other forums like the 3DPrintBoard that have sections dedicated to the printer. Reviews also suggest you don’t have much to worry about with Amazon showing 4.6 out of five stars for the Creator.

The $977 price tag is a tad higher than the other two printers; however if you think the dual extruders are worth it the Creator is the printer for you. FlashForge others pretty good support and setting up the printer appears to be easier than the Solidoodle 4.

These printers represent what we think are the best three printers under $1,000 at the time of writing. There are a number of 3D printers on the horizon like the XYZ Printing Da Vinci 2.0, 3D System’s new Cube 3 and Solidoodle’s new offerings that could offer better ban for your buck if you’re willing to wait a while. Still, if you need a 3D printer right now we believe these are the best three best 3D printers under $1,000 currently.