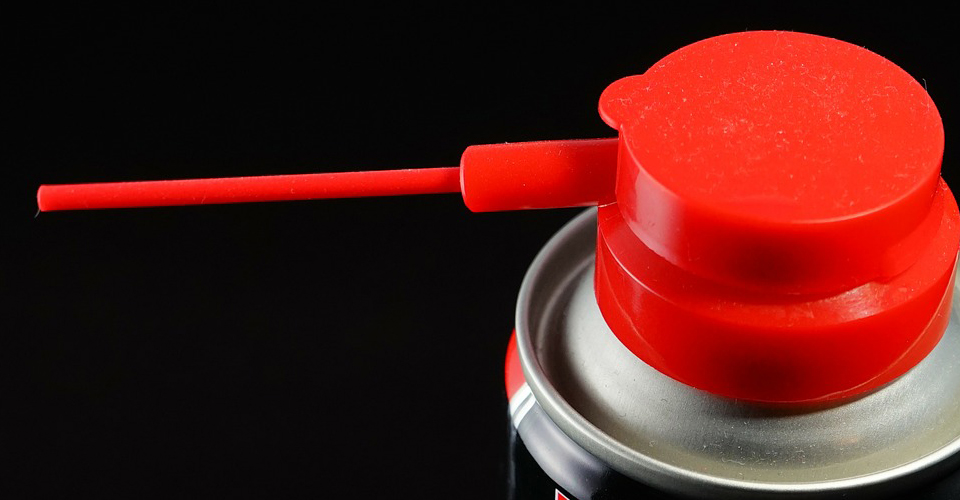 by Joseph Flynt
Posted on March 9, 2019
17 Shares
3D Insider is ad supported and earns money from clicks and other ways.

Some of the main functions of lubricants are:

Lubricants that are considered good or high-quality will normally possess the following properties:

Based on the molecular structure of the lubricant material as well as its shear strength, lubricants are classified as follows:

The durability of solid lubricants is increased by coating the binders along with lubricating pigments. These bonded coatings provide greater film thickness and increase the wear life of the lubricant and the surface on which the lubricant is applied. The popular applications of bonded coating of solid lubricants are cylindrical brushes, separator cage of rolling bearing, and electrical brushes.

Solid lubricants can be further classified into four sub-types, namely polymer, metal-solid, carbon and graphite, and ceramic and cermet.

Polymers are one of the largest groups of solid lubricants. They are suitable for use with light loads. They have a lower thermal conductivity which the amount of heat that they are able to dissipate. There are three main polymer solid lubricants, polytetrafluoroethylene (PTFE), Nylon, and synthetic polymers.

Polytetrafluoroethylene is a polymer which is derived from ethylene. All the hydrogen atoms in an ethylene molecule are replaced by fluorine atoms to give polytetrafluoroethylene. It is more popularly known as Teflon, a trade name given to PTFE by the famous company Du Pont. It is commonly used as a solid lubricant because of its low friction, its chemical stability, its low surface energy, and its greater chemical inertness. PTFE also happens to be non-toxic and hence is suitable for use in industries such as food and pharmaceuticals.

For all the plus points of polytetrafluoroethylene, there are some downsides as well. Firstly, it has a relatively high rate of wear. Secondly, it has high thermal expansion and low thermal conductivity which makes it less desirable for use in high-temperature environments. Lastly, it has low load capacity.

However, many of these disadvantages can be addressed through the use of synthetic polymers. Synthetic polymer lubricant can be prepared by mixing glass and carbon-based fillers with PTFE. Impregnating PTFE with metal structures such as bronze or lead is also an option. This modification also allows the synthetic PTFE to withstand higher loads and improve the wear rate.

Carbon graphite seals are used as solid lubricants. They have desirable properties such as high-temperature stability, high oxidation stability, and sustainable performance in high sliding speed applications. Graphite as a material has low friction and can withstand moderate loads. Graphite, however, is prone to corrosion and does not work very well in vacuum. The lubrication performance of graphite actually increases with an increase in temperature. However, beyond 500 degrees Celsius, the incidence of corrosion increases.

Ceramic and cermet coatings are used as lubricants in situations where a lower wear rate is more important than low friction. Ceramic/cermet coatings can be used at high-temperature ranges of around 1000 degrees Celsius. A 0.5mm thick coating of ceramic/cermet material offers a low-cost way of utilizing its wear resistance. The coating can be sprayed using a detonation gun, plasma spraying, or electrolytic deposition using an electrolyte that contains ceramic particles.

Grease is considered to be one of the most versatile forms of lubricants. It can be used in a wide range of environments across various temperatures, load conditions, or speeds. Be it a dry or wet environment, dusty or clean environment, or even corrosive environment, grease finds use in all sorts of applications.

Grease is a type of pseudo-plastic fluid. One of the most significant properties of grease is consistency. Consistency is nothing but the relative hardness or softness of any material. Grease consists of lubricating oils which have low viscosity and are thickened by finely dispersed solids known as thickeners. Grease is made up of the following:

Some of the advantages of using grease as a lubricating material are its water resistance, its binding strength to the surface where applied, lower frequency of application, its ability to reduce noise and vibration, its ability to seal against contaminants, and its usability with vertical/inclined shafts.

Some of the disadvantages of using grease as a lubricant are its poor heat dissipation, its vulnerability to being contaminated by dust, and the inability to filter out contaminants from the grease.

Mineral-based lubricants are extracted from crude oil. Mineral oil lubricants are of four types. The first type is paraffinic oil. It has good resistance to oxidation. It exhibits good thermal stability, is less volatile, and has a high flash point.

The third type of mineral oil lubricant is multigrade oil. It is made by adding polymers in mineral oils, thus enhancing the viscosity index of the lubricant. These lubricants have different grade levels whereby a specific grade of lubricant oil can offer optimal performance in low temperatures or in high temperatures.

Lastly, synthetic oil is another type of mineral oil lubricant. This type of lubricant was created to withstand harsh operating conditions. Jet engines use synthetic lubricants. These lubricants are expensive but they can withstand high levels of heat and stress. Some commonly used synthetic oils are esters, silicon, polyglycols, perfluoropolyalkylether, and perfluoropolyethers.

Gases like nitrogen and helium are used as lubricants in applications where film thickness between tribo-pair is ultra small. The advantages of using gas lubricants are large temperature range, no sealing required for lubrication, very low friction due to low viscosity, no vaporization, no solidification, and no decomposition.

The downsides of using gas lubricants are low load capacity, lower tolerance for any errors in load estimation, and the need for a specialist designer in creating smooth surfaces with low clearance.

Selection of the right lubricant

You may know the different types of lubricants as well as the pros and cons of each type. However, you ultimately have to be able to pick the right kind of lubricant for the job at hand. The major factors that one needs to look at when selecting lubricants are load level, speed, sealing requirements, and environmental parameters.

One also needs to look at the coefficient of friction, the operating temperature, the area of contact, and the thermal conductivity. Once you have studied these metrics and have a good idea of the environment in which the lubricant is to be used, you will be able to select the right kind of lubricant.