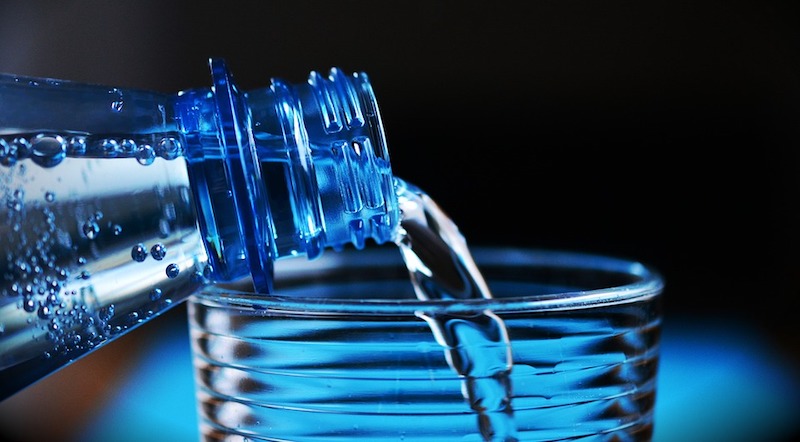 Guide to the Most Common Types of Plastic

By now, we are willing to bet that most of our readers have a better than average familiarity with different types of plastics. From the more popular ABS and PLA to the slightly more exotic PETG and HIPS, plastics have become a definitive part of 3D printing and other popular hobbies.

With their low cost and ease of manufacturing, plastics have replaced more traditional materials in various industries such as packaging, plumbing, medical devices, automobiles, furniture, and toys. In this article, we dial back on the complexity to give you a more fundamental view of plastics: what they are, how they are used, and the most common types. Lastly, we discuss how we can all use plastics more responsibly in everyday life and specifically in 3D printing.

The term ‘plastic’ can be used to refer to a number of synthetic or semi-synthetic materials, commonly organic compounds. They are usually made of organic polymers. Polymers are composed of long molecular chains of repeating units, called ‘monomers’, which in this case are composed primarily of carbon atoms. Connected to the main backbone of the polymer are various ‘pendant’ groups, which may be composed of other elements (such as sulfur or oxygen) or other carbon-based molecules. The nature of the molecular bonds and pendant groups, as well as the length of the polymer chain, play a big role in determining the properties of the resulting plastic.

Being composed of long carbon chains, the base raw material of most plastics is crude oil. Crude oil is a complex mixture of thousands of different compounds which need to be separated and distilled in an oil refinery. After processing, crude oil is separated into different carbon-based products that have distinct molecular structures and sizes. One of the products, called naphtha, is the crucial ingredient in the manufacture of plastics. The different base monomers used for plastic manufacturing, such as ethylene and propylene, are derived from naphtha.

How have plastics been used?

Plastics have become the material of choice versus more traditional materials (such as wood or metal) due to some very important properties. Manufacturing and working with plastics is much cheaper and much easier. Plastics are lightweight but can exhibit comparable strength and durability. They are impervious to the effects of moisture and organic decay.

One of the most important properties of plastics is its malleability, allowing it to be molded to any number of shapes. For most applications this is done by the application of heat. It is important at this point to define the difference between thermoplastics and thermosets.

Thermoplastics are materials that can be molded multiple times by the application of heat. They do not undergo any chemical changes during heating and can be used again and again. The most common 3D printing filaments, such as ABS, PLA, HIPS, and TPE, fall under this category.

Thermosets are distinctly different in that their chemical composition is significantly altered by the application of heat. Heat application to such materials may result in a product with more desirable properties but can no longer be re-molded by subsequent application of heat. This makes thermosets the preferred material for products that are designed to retain strength and durability even when subjected to high temperatures, such as automobile parts and tires.

One of the more modern developments in plastics is the use of biodegradable plastics and bioplastics. In contrast to traditional plastics, biodegradable plastics can be broken down by natural elements such as sunlight, water, bacteria, enzymes, or wind abrasion. On the other hand, bioplastics are made from non-petroleum derived raw materials, such as cellulose and starch. The popular PLA is a common example of a bioplastic. These new types of plastics have been developed with the goal of making plastic products more environment-friendly.

What are the most common plastics used today?

You have probably encountered plastic products (mostly food and drink containers) that are marked with a single-digit number, usually on the bottom side. This is the International Resin Identification Coding System, which was developed by the Society of the Plastics Industry to facilitate the recycling of the plastic items. The number, enclosed by triangle of chasing arrows, refers to a distinct type of plastic. Listed below are these common plastics, the numbers that correspond to them, and their most important characteristics.

PET is the most widely produced plastic in the world. It provides an excellent moisture barrier, making it one of the best plastics for food packaging. PET is also very light and durable and has a high threshold for impacts. It is most commonly found in bottles for food and drink containers, such as those bottled water, soft drinks, juice, jams, and peanut butter. PET is also widely used for containers of household cleaning products such as bleach and detergent.

PET has the property of also being used as a fiber. This PET fiber, more commonly known as polyester, has been used to create textiles such as fabric, rope, insulation material, tarpaulins, and tire reinforcements.

Although PET is widely recycled, most applications resort to a process called “down-cycling”. This means that subsequent uses of PET are of lower quality than the original, eventually leading to disposal of PET in a landfill. Moreover, research has shown that prolonged use of PET leads to the release of carcinogenic compounds such as antimony and phthalates, especially when PET is exposed to high temperatures.

HDPE is an extremely versatile material, and is popular due to its simple chemical structure, thereby making it relatively simple to manufacture. It is composed of very long polymer chains with virtually no branching, allowing it to pack and align in a very ordered manner. This results in a very stiff and strong plastic which exhibits excellent resistance to moisture.

HDPE is a cheap and easy to make plastic for low-value applications such as grocery bags, garbage bags, yogurt tubs, medicine bottles, cereal box liners, shampoo bottles, and opaque milk and juice containers. It is a highly recyclable material, and can be repurposed for non-food applications, such as plastic crates and fencing.

The popularity of PVC has waned in the previous years over concerns about its toxicity and the difficulty in its disposal. However, it remains in common use due to its cost-effectiveness and durability. Aside from its excellent strength and durability, PVC can be combined with numerous compounds to create resins of different properties. As such, PVC has been used for diverse applications.

Rigid PVC is most popularly used as piping or plumbing material, but it has also been used for clamshell packaging, credit cards, and other construction materials such as window frames and lawn fencing and decking. On the other hand, soft PVC has been used clear food packaging (e.g. clear take-out packages, cling wrap), squeeze bottles, shower curtains, medical tubing, blood bags, and wire insulation.

The flexible nature of LDPE makes it an excellent choice for film applications such as grocery bags, sandwich bags. plastic wraps, coating for beverage cups, squeeze bottles, container lids, and wire insulation. Due to their thin and pliable nature, LDPE products are very rarely recycled. Recycled LDPE are usually only used for low-value applications, such as compost bins.

PP also has a very simple chemical structure, second only to HDPE and LDPE. This makes PP one of the simplest and cheapest plastics to manufacture. Instead of the uninterrupted long chain of carbon atoms connected by single bonds of HDPE and LDPE, PP polymer chains are interspersed with both single and double bonds. This results in a plastic that is a little less flexible, a little sturdier, and has a much higher resistance to heat.

The unique properties of PP make it appropriate for high temperature applications, such as in containers for hot food. It has also been used for medicine bottles, disposable diaper liners, straws, bottle caps, opaque plastic containers, and in numerous automotive parts. It is a relatively stable material and has not been shown to break down into toxic components.

Unfortunately, PP is very rarely recycled since it is often mixed with pigments for color or with other resins to alter its properties. This makes it especially difficult to sort different PP products, and to identify plastics with similar characteristics.

The manufacture of PS involves benzene and the monomer styrene, both of which have been well-documented as human carcinogens. Styrene can also be leached from PS food containers, especially when the contents are hot and oily. Moreover, PS is a difficult material to recycle, and is only accepted by a limited number of recycling facilities. PS takes several hundred of years to degrade, making it one of the more persistent solid pollutants generated today.

This category is a general group composed of all other plastics, which may include nylon, ABS, PLA, or bioplastics. In some products, an abbreviation may be annexed to the RIC number, such as PC to stand for polycarbonates. PC plastics are probably one of the most common plastics classified under this category, and has been used for water storage, baby bottles, can liners, DVD cases, snowboards, lab equipment, and automotive parts.

However, numerous studies have shown that bisphenol A (more popularly known as BPA) leaches easily from PC. BPA has been documented to be a human endocrine disruptor and may lead to hormonal imbalances and chromosome damage. Due to the varied nature of plastics classified under this group and the difficulty of sorting them, they are very rarely accepted for recycling.

How can I use plastics responsibly?

Plastics have long been the number one source of solid waste in the planet, and so we support responsible and sustainable use of plastics. We live in such a society that has become so heavily dominated by plastic products that avoiding them altogether has become almost impossible to very difficult. However, each one of us can do small things to lessen plastic waste. Sustainable practices, such as using reusable food containers for take-out and using your own reusable grocery bags, go a long way towards reducing waste if we all practice them.

Sustainable practices can also be applied to 3D printing. As we mentioned, most 3D printing filaments are thermoplastics which can be retreated with heat again and again. A few companies have released filament recycling machines that grind up your 3D prints and convert them into filament again, which may be perfect for those test ABS prints which did not turn out as well as you had hoped.

PLA is a unique 3D printing material since it is biodegradable. Breaking down PLA in a home compost may take up to 6 months, although some accounts have stated that the break down of PLA releases chemicals which may be harmful to your garden. We recommend bringing your scrap PLA prints in an industrial recycling facility that is better equipped for the byproducts of PLA degradation.

A desire to be more environment-friendly does not have to be a hindrance to your hobby or to your everyday habits. We only have to learn to be a little more mindful of the waste we generate and make steps to reduce this waste. We should also keep in mind that every little bit of waste reduction counts – even that little Benchy you made to test your filament.