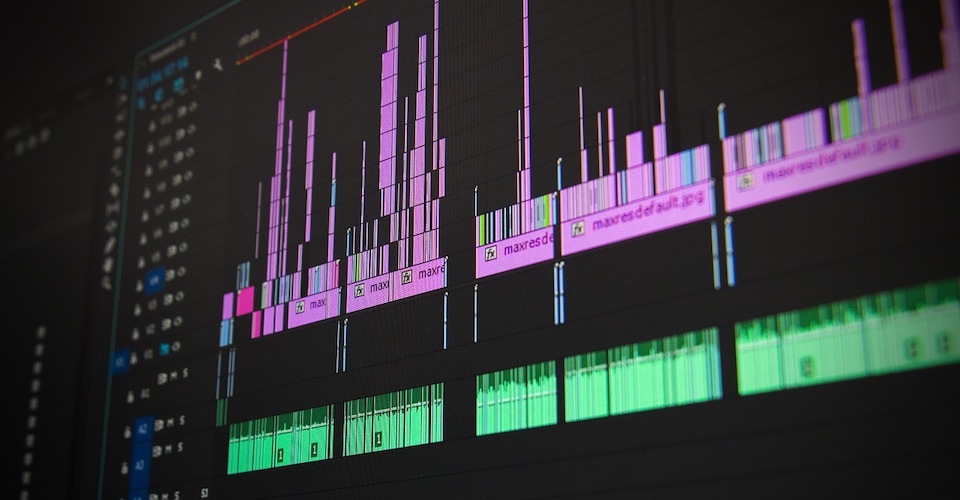 by Joseph Flynt
Posted on January 31, 2019
17 Shares
3D Insider is ad supported and earns money from clicks, commissions from sales, and other ways.
DJI has just released the Mavic Air 2. See all of the specs here.

The use of video has gone up exponentially in recent years. Video editing is not just the domain of Hollywood anymore. Small businesses use video editing to make videos for marketing and showcasing their products. The growth of vlogging on platforms such as YouTube has given rise to a whole new segment of video editing users.

Selecting the right video editing software depends on the usage and the type of video that a user is planning to create. Understanding those requirements will then allow a user to identify the features that are most useful. Accordingly, the software package offering those features is selected. Causal users and professional users have plenty of options to choose from as far as video editing software is concerned.

The following are some of the best video editing software packages that are available either for free or upon paying a certain amount of money:

Adobe Premiere Pro CC – This is perhaps the best video editing software for professionals. Even beginners can use it if they have the patience to learn all the features and slowly move along the learning curve. It can handle all types of video formats. You can import video from your GoPro, your old tapes, and even from a 360-degree virtual reality camera. It has highest number of features among all the video editing software packages that we reviewed. And if you are using other Adobe software programs like Photoshop or Audition (for audio), then the files from there will seamlessly connect with your work in Premier. Cross use across the Adobe ecosystem is possible with this program. Adobe Premiere can run on Windows and Mac. Prices start at around $20 per month while students can get a 60% discount on certain plans. If you have the time and money, then Adobe Premiere is the number one choice.

Final Cut Pro X – Final Cut is to Mac what Adobe Premiere Pro is to Windows. Put simply, it is the best video editing software that you can use on your Mac. It is also known to be slightly simpler to use than Adobe Premiere and has a very good user interface. So, if you are a beginner and are going to be editing videos on a Mac, then Final Cut Pro is as good as it gets. Final Cut Pro has plenty of features that will take you some time to learn. You can pretty much do any video editing job using the software. It also integrates smoothly with other Apple programs like iTunes. It allows import of 360-degree VR video, offers HDR support, advanced color grading, and motion graphics editing. The multicam feature allows automatic sync of up to 64 camera angle videos. Priced at $299, Final Cut Pro isn’t cheap. But for a heavy duty user, it is worth the price.

Even though the software packages reviewed in this section have a paid version with more features, the free version has the main core features included and are worth checking out if you do not want to spend any money yet still get a strong video editing package.

Lightworks – A software program that works on Windows, Mac, and Linux, Lightworks is a professional grade software used in famous Hollywood movies like Mission Impossible and the Wolf of Wall Street. It has a free version with plenty of useful features like multi-cam syncing, advanced trimming, color correction, and an option to output the edited content directly to social media. The free version has the same interface as the advanced paid version. So, it might take a new user some time to get used to the interface. But that interface has a really well-designed timeline view which allows you a high degree of control over mixing of your audio and video content. There are plenty of video tutorials on YouTube that teaches a user how to use the free version of Lightworks to its full potential. One downside with the free version is the fact that the edited video is restricted to 720p. For higher resolutions, you will need to purchase the paid version which comes in at almost $25 a month.

Shotcut – The first open source video editor on our list, Shotcut is completely free and packs in a decent number of features as well. Beginners and YouTubers who want to quickly edit their videos without spending significant time learning the ins and outs will like this software. The official website has plenty of YouTube video tutorials that can teach a new user how to use the various effects and features of the software. Shotcut supports a large number of video and audio formats because of the fact that it has been built on the FFmpeg library. Shotcut also has plenty of options for adding effects and performing color corrections. It runs on Windows, Mac, and Linux. 4k resolution videos are also no problem with this software. Shotcut is a great software to use as a stepping stone to then graduate onto a professional level software once you learn the basics of video editing for free.

Hitfilm Express – Hitfilm Express is a free video editing software which allows you the flexibility to add custom features for a relatively cheaper price. Instead of buying an expensive software package with a bundle of features some of which you may not need, you can use Hitfilm Express and tailor your editing software just the way you want it and for a lower price. The add-on packs range from as low as $6 to as high as $49. This software package runs on Windows and Mac. In addition to the basic video editing features, Hitfilm Express offers animation tools, an adaptive trimmer, and 180 visual effects (lightening effects, magic wand effects, and much more). You can use the tracking feature to track moving objects in your video. You can even hide unwanted people or objects from your video using the hiding tool in the program. Multiple video formats are handled by Hitfilm Express. If a format isn’t compatible, then you can probably find an add-on which will make the software compatible for that particular video format. Overall, Hitfilm Express is a great customizable video editing software.

OpenShot – OpenShot is a free open source software compatible with Windows, Mac, and Linux. It has a simple and clean interface, but the simplicity on the surface is contrasted by the abundance of advanced features underneath. It can read almost every video format out there because of the fact that it has been built on the FFmpeg library. OpenShot allows you to drag and drop a video effect onto your video. You can then adjust its properties. Time mapping features allow you to reverse the video direction as well as speed up and slow down the video. You can render 3D animation from over 20 animations that come within the software. There are many more such effects and features that can handle most basic and mid-level editing jobs.

People who are completely new to video editing and are about to edit their first video will look for software packages that are simple, have automated features, and do not charge money upfront. The software packages in this section provide the right type of flexibility and usability for beginners.

iMovie – This software is exclusive for Mac devices only. It is pre-installed so there is no need to pay anything. It is free software. Being an Apple program, it is designed to be simple and intuitive to use. That is the biggest plus point as far as beginners are concerned. Unlike other software packages reviewed in this article, iMovie has almost no learning curve when it comes to the user interface. iMovie has very basic video editing features which can make your video look polished and well-made. It has pre-made templates which have titles, effects, and placeholders already pre-positioned. If you do not want to use the templates but rather create your own video, then there are some basic tools through which you can play with backgrounds, colors, contrast, and audio filters. You can alter the speed of your video or cut and trim parts out. iMovie is a decent software to get introduced to video editing before you are ready to move on to something like Final Cut Pro.

Kinemaster – People these days often take pictures and videos on their mobile phones. Software programs like Kinemaster, which is available on Android and iOS, remove the need to download videos onto a PC and then edit it using a conventional video editor. That process is just too long and people like to share their videos as fast as possible. Kinemaster allows you to cut, trim, add images, play with the audio, do basic color adjustment, control the speed of the video, and do a lot more with just a phone. Monthly subscription is priced at $4.99. Beginners will find this app very useful. Even light professional work can be performed using Kinemaster. If the mobile phone is low on specs, then Kinemaster could run slowly. But with good hardware, Kinemaster will be a breeze.