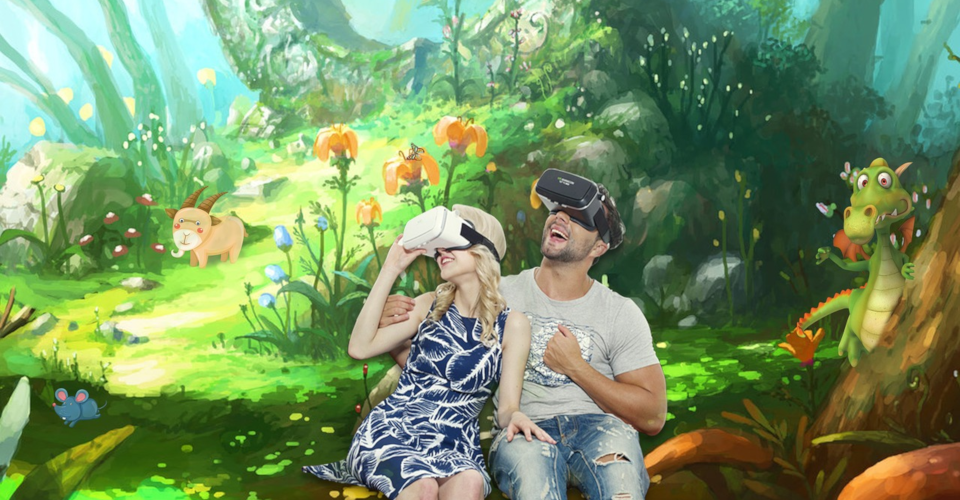 by Joseph Flynt
Posted on November 10, 2019
19 Shares
3D Insider is ad supported and earns money from clicks, commissions from sales, and other ways.

Virtual reality headsets finally look set to stay. After a rather lengthy inception period, these devices are now looking like fully-fledged products rather than prototypes. For us as consumers, this is great news, as it means more companies are beginning to enter this space, bringing with them more competition and, therefore, faster developments to the technology.

As it stands, a number of excellent headsets have already been produced by this competition, and in this guide, we are going to compare to the best this space currently has to offer. Has Oculus lost its crown? Or, does it still reign supreme as the king when it comes to virtual reality? Let’s find out.

One of the most important aspects of a VR headset is the display, as it plays a major role in the level of immersion you are going to receive. There are a number of factors to consider when it comes to the display, but the first one you should consider is the type of panel it uses.

As it stands, there are currently two main technologies used for VR displays, LCD (Liquid Crystal Display), and OLED (Organic Light-emitting Diode). Generally, OLED panels are preferred for VR headsets as they provide more stable images due to their low persistence when it comes to changing states, i.e., switching from on to off. OLED panels also provide better colors in most cases, as they offer a superior contrast ratio.

Another important aspect of a VR headsets display is the resolution. In a VR headset, your eyes are a lot closer to the screen than you are probably used to. This can make individual pixels a lot more noticeable if the resolution is too low, which can impact the experience the headset is able to provide.

For example, if the pixels are too noticeable, you may find your eyes are focusing on them more than the images being shown. This is not only distracting but also irritating, as it impacts the immersion being provided by the headset.

The final factor to consider in terms of the display is the field of view. This is important as it refers to the amount of screen you are able to see at any one time. For example, if a headset has a narrow field of view, it will create the effect that you are looking through a tunnel, which can impact the immersion of the headset, leaving the experience rather underwhelming.

On the other hand, a wide field of view can help with the illusion that you are actually in the virtual world you are interacting with. This creates a far more immersive experience overall, making the headset more enjoyable to use.

Most VR headsets require a PC tether in order to function, with many of them connecting via an HDMI port or a DisplayPort. More recently, wireless options have also started to appear on the market. However, the performance of the headsets is still considered to be somewhat sub-par compared to their PC-reliant counterparts.

The Oculus Quest is somewhat of an exception to this rule, as it offers the best of both worlds. For lighter sessions, the headset can be used wirelessly, giving you freedom from cables and other nuisances. For more intense sessions, it can also be tethered to a PC via Oculus Link, allowing it to make use of the extra power provided by a competent gaming PC.

HTC’s headsets can also be used wirelessly via an adapter that retails for around $350 in most places. This isn’t particularly great value for money, but if you are desperate for a wireless setup, you might consider it a worthwhile investment.

Controllers play a big part in the experience a VR system is able to provide, as they essentially dictate how much you are able to interact with the virtual environment of each game. Both Oculus and HTC have produced some excellent controllers for its headsets, but as it stands, Oculus’ Touch controllers are generally considered to be the top dogs.

The reason for this is because the Touch controllers offer more utility and practicality than their competition due to their smaller form factor and the inclusion of analog sticks. They also provide better gesture recognition.

Having said that, the Vive controllers do have some advantages over the Touch controllers. Firstly, their larger form factor can help create the feeling that you are actually holding certain items in games, such as guns and other tools. The Vive controllers are also considered to be more reliable in terms of tracking.

As for PlayStation’s Move controllers, they are good, but not great. Compared to the Wii controllers from back in the day, they are incredible, but the reality is that they just don’t compare to what’s on offer from Oculus and HTC in terms of accuracy and reliability. Alternatively, you can use a traditional DualShock controller with the PSVR, but this will no doubt impact the level of immersion in most cases.

The tracking capabilities of a headset can make or break it in terms of success, as it plays a major role in the level of interaction you are able to have with the product. The main types of tracking include 3DoF tracking, which tracks your view but not your position, and 6DoF, which tracks both.

Fortunately, all of the models in this guide use the latter, and for the most part, the tracking capabilities of all of them are excellent. The best headsets for tracking, however, have to be the HTC options, as their outside-in tracking method allows them to keep track of your movements through the use of external cameras.

This is more reliable than the inside-out tracking used on Oculus’ models, as the lack of cameras at the rear of the Rift S, for example, forces it to guess movements at times. This reduces the precision of the headsets tracking, especially if the controllers are behind your back.

For VR headsets that require a PC tether, you will need to make sure you have a computer capable of running them. This shouldn’t be an issue if you are already a PC gamer, but you might run into issues if your specs aren’t high enough.

Fortunately, the requirements for VR headsets aren’t particularly high. However, most of them do require a fairly decent graphics card.

As the Oculus Quest doesn’t require any extra equipment to run, it is the winner of this category, purely because it can be played out of the box without the need for prior or further investment. The PlayStation VR is also worth mentioning here, as it can run on any version of the PlayStation 4, making it a great option if you already own one of these consoles.

In terms of price, most of these headsets come with a pretty reasonable price tag considering what each of them offers from a technological standpoint. The Rift CV1, however, is an exception to this, as the newer version, the Rift S, can be bought for around half the price.

The other exception is the Vive Pro. Although this headset offers a number of excellent features not found on the other headsets in this guide, the amount of money you need to pay for these extras is hard to justify. If you have money to burn, you might consider it a worthwhile purchase, but for most people, the standard Vive or the Vive Cosmos will probably be better options.

Now that we have compared each headset across multiple categories let’s take a look at the final scores.

Based on our comparisons, the Oculus Quest is currently the top performer when assessed across the board, as it provides plenty of performance, while also offering a number of benefits in terms of convenience. The Quest can also give you PC-level performance via Oculus Link if you need it.

HTC’s Vive Cosmos is another excellent option to go for, as it offers some significant improvements over the standard Vive, while not being as pricey as the Vive Pro. It is also far easier to set up.

When it comes to value, the Oculus Quest tops the list once again, purely because it can be played straight out of the box without the need for extra equipment. If you already have a competent gaming PC, however, the Oculus Rift S is also worth taking a look at, as it offers a lot of performance compared to other headsets at the same price point.

Other Factors To Consider

Before buying a VR headset, it is important to consider how you intend to use the device. For example, if you are only interested in playing high-end games, headsets such as the Oculus Quest might not cut it. Alternatively, if you are only interested in using a VR headset for casual, light gaming sessions, investing in something like the Vive Pro probably isn’t necessary.