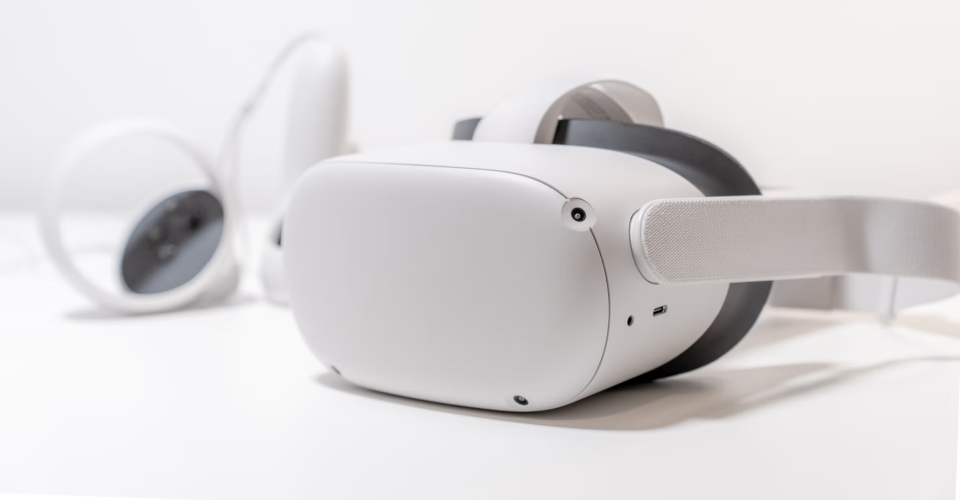 Care and Maintenance Tips for Your VR Headset

by Joseph Flynt
Posted on January 28, 2022
17 Shares
3D Insider is ad supported and earns money from clicks, commissions from sales, and other ways.

2022 is shaping to be a big year with the growth of the Metaverse and the announcement of new VR headsets scheduled for release in the next couple of months. Whether you already own a VR headset or are planning to snag one soon, it would be wise to learn how to care for one.

One thing that sets VR headsets apart from many of your other devices is that it has to be cleaned regularly. After all, the headset can be pressed around your face for a few hours every time you do a VR session. Check out this guide on caring, cleaning, and maintaining a VR headset. 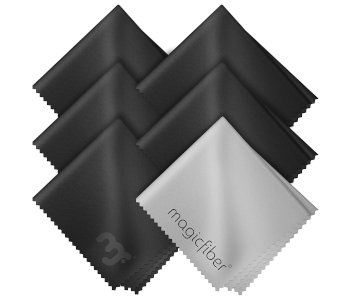 Your headset should already come with a microfiber cloth, but it would not hurt to have some spare sheets. A microfiber cloth is the only tool you should need to clean the lenses of your VR headset. This ensures that the cleaning cloth does not leave micro-abrasions or residual dust on the surfaces of the lenses. Make sure to get the type of microfiber cloth typically used to clean sunglasses and reading glasses. 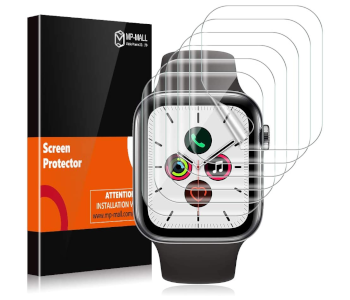 Scratching the lenses is one of the worst things that you can do to your VR headset. Unfortunately, there are so many ways that this could happen. If you play VR with prescription glasses, they can inadvertently come in contact with the lenses. The wires and USB plugs can get tangled while you are putting away the headset and end up touching the lenses. Lens scratches cannot be fixed and will certainly ruin the entire VR experience. 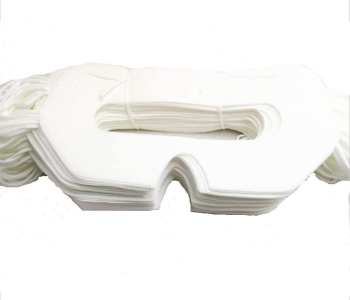 If more than one person is using the VR headset in your household, then we suggest getting a pack of these disposable face covers. These act as barriers between the headset and the face, limiting the absorption of sweat and oils into the headset cushion. They can still get saturated after a while, though, so you may need to replace face covers even between a single VR session. 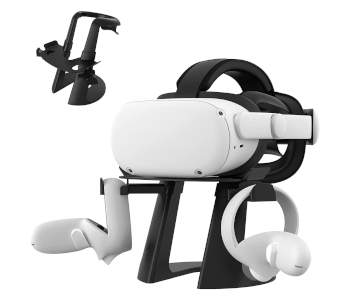 No matter how interesting the VR experience will become, VR headsets will still spend most of their time idle. With this in mind, it is important to store, mount, or display VR headsets in a manner that does not put stress on their most fragile components.

No matter which VR headset you get, there is probably an official or third-party stand or mount for it. It’s best to go with a stand that also has a provision for handheld controllers. These do a good job of providing stable support for the headset during storage and are also a great way to show them off. 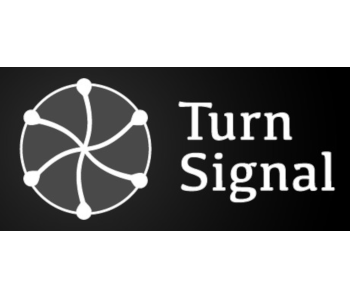 For wired VR headsets, the earliest sign of damage comes from the wires because they get heavily and repeatedly twisted while playing. Unfortunately, it’s almost impossible to tell how badly you have twisted your headset’s wires unless you remove it and look at it with your eyes. At which point, it’s probably already too late – the damage has been done.

To prevent this from happening, we highly recommend using the Turn Signal app. This is a minimally invasive utility app that helps you see how tangled or twisted your headset wires are with a simple overlaid in-game graphic. The “Flower” graphic twists with you, so you can tell when it’s time to take a pause and spend some minutes untangling your wires. It’s also a free app so there’s no reason not to use it.

None of these accessories are particularly expensive. You probably will only need to spend more than $10 for the headset stand. They are certainly worth the investment if they can help prolong the useful life of your VR headset or prevent damage.

Playing VR games can be exhausting and likely sweaty work. Being in constant touch with skin also makes VR headsets a prime breeding ground for bacteria. With this in mind, regular cleaning should become a part of your VR regimen.

Do not use alcohol

Whatever you do, do not use alcohol or any other cleaning agents on the lenses of the headset. This will likely damage any protective coating on the lenses. Even if you have already placed screen protectors on the lenses, we suggest erring on the side of caution. Stick to using a dry piece of microfiber cloth, and only wet it with a bit of water when needed.

You can consider using disinfecting wipes on the other surfaces of your VR headset, but still, try to stay away from alcohol. Alcohol tends to accelerate the breakdown of leather and leather-like materials. If your VR headset comes with a removable rubber or plastic guard, it would be best to remove it entirely and wash it with some water and soap.

In some headsets, there may be small sections that will be hard to clean with a cloth. For these spots, it would be best to remove any dust with a few blows of compressed air. Don’t go too crazy on the compressed air, as its cooling effect can cause condensation and moisture buildup. Just a few pulses will do. Do not blow compressed air directly to the lenses.

Wipe down after every use 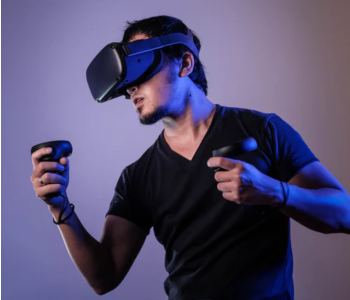 After a VR session, your headset and controllers would probably have a layer of sweat on them. Resist the urge to procrastinate and wipe them down right away. Sweat is corrosive and will break down the material on the headset cushion, as well as any rubber grips on the controllers. Just doing a quick wipe with a clean damp cloth will do wonders for your headset.

The face cushions of VR headsets should be considered disposable. After a while, these can get worn down and can absorb too much bacteria despite your best efforts of cleaning them. When this happens, just go ahead and buy a replacement face cushion. They are not expensive.

Store and use with care

VR gaming sessions can get pretty intense. They are fairly robust if used properly, as long as you don’t fall down or crash onto a wall. Here are a few things to keep in mind to prevent damaging your VR headset while in use or during storage.

If you don’t have a fairly large open space in your place for VR gaming, then it might not be wise to get a VR headset at all. Space is one of the most important requirements of VR gaming. You will need it to really enjoy the experience and to avoid getting into one of those funny (but painful) VR-related accidents.

It would also be wise to have another person watch over you while you are playing in VR. It’s very easy to gradually wander out of your designated play area. A lookout can also help prevent other people, especially children, from crashing into you accidentally.

Do not store under direct sunlight

The lenses of VR headsets are particularly vulnerable to damage because of sunlight, so it’s best to keep the entire headset away from direct sunlight during storage. Avoid placing the VR headset on top of other electronics, especially if they tend to heat up. The best spot to keep a VR headset would be on a surface away from sunlight away and other electronics, ideally in a room that is well-ventilated but does not have a lot of dust. 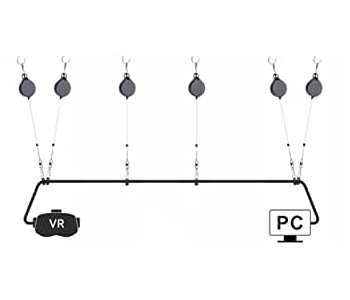 The scope – the thing that goes over your eyes – may seem like the bulkiest part of a VR headset, but that does not mean that is the most robust. When lifting your headset, it’s better to hold it by the headband on both sides. Make sure that the headset is snug on your head before starting any game to avoid having it fly off.

When setting up your VR gaming area, make sure that there is enough slack on the wires. This will avoid stress buildup on the wires that may cause them to get damaged prematurely. You can also invest in a special VR cord management setup that suspends wires on the ceiling. This will take a bit of work to set up but is ultimately worth the effort.

Now that large tech companies are seriously investing in VR, we suspect that 2022 can be a breakout year for VR entertainment. Of course, this is a statement that has likely been said lots of times before, so we will just have to wait and see.

Regardless of how this year pans out for VR, there will likely be an increased interest in VR headsets. These headsets are expensive and can be quite fragile. If you don’t know how to care for a VR headset, then it’s a good idea to read up now before you even drop a few hundred dollars on one.