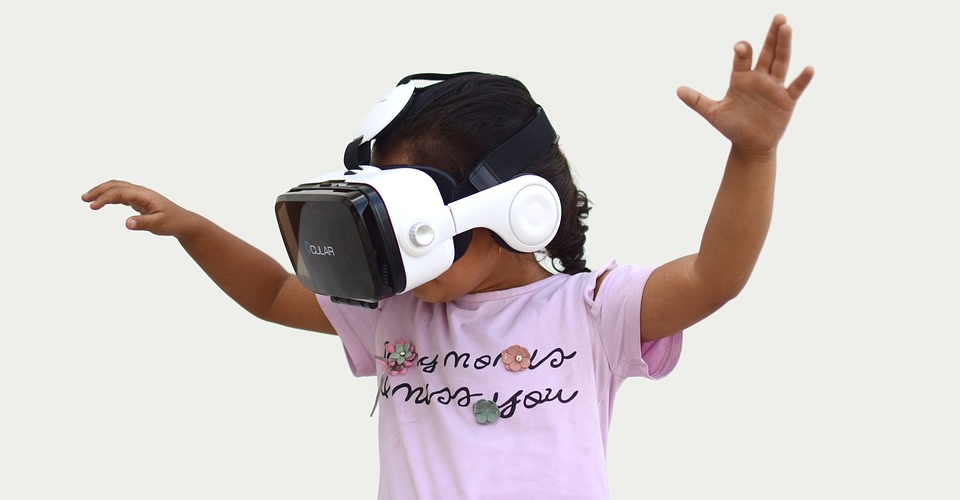 How do Lenses in VR Goggles Work?

by Joseph Flynt
Posted on October 20, 2019
15 Shares
3D Insider is ad supported and earns money from clicks, commissions from sales, and other ways.

Super advanced VR goggles like the HTC Vive Pro or the Oculus Rift S may be very popular nowadays. With an array of movement and positioning sensors complemented by intuitive handheld controllers, these devices have set the standard for modern VR goggles.

One part of VR goggles that have not seen much change since its early cardboard era is its lenses. What makes VR lenses special and how do they work? Are there different types of lenses available, and which one is better?

How a human eye works

With so much visual information all around us, our eyes have the extraordinary feature of “focusing” on one object at a time. This is made possible by a set of lenses in our eyes that sit right behind the pupil. These lenses take the rays of light coming in from different directions and focus them at a single point behind our eyes. Much like the lens of a camera, focusing on a nearby object can render objects at a distance blurry, and vice versa.

Have you ever wondered why it’s so relaxing to look outside a window every now and then while you’re at work? Or how your eyes feel refreshed after sitting down at the beach and staring at the horizon? This is because focusing your sight on something at a distance (approaching infinity) means that the incident rays of light enter your eyes at a parallel direction. Thus, the naturally convex shape of the lenses in your eyes don’t need to do as much work in focusing the rays of light.

In contrast, focusing on nearby objects can be very exhausting over long periods of time. When rays of light converge on the lenses of your eyes from a nearby object, the lenses need to flex and conform to focus the rays of light that are coming in from different angles. This takes a lot of work, although we may not do it consciously.

As a side note, the lenses of our eyes lose this flexibility as we grow old. This is the reason why older people have a harder time focusing at objects, whether they are too close or too far.

Now, on to VR lenses. Whether you’re using VR goggles with a built-in screen or one that uses your smartphone as a screen, the fact remains that the screen sits a mere 2 inches (more or less) from your eyes. Have you ever used your phone at 2 inches from your face? Of course not, since it’ll be impossible for your eyes to focus on anything that close.

This is where the magic of VR lenses come in. The VR lenses do the work that the lenses of our eyes cannot. The lenses correct the angles of the light rays from the screen display and direct them to your eyes at parallel angles. Thus, your eyes perceive the objects in your screen as much farther away than they actually are. By transmitting the light rays at parallel angles, the VR lenses also help make the VR experience less taxing or exhausting for your eyes.

In the early eras of VR headset technology, the screen door effect was one of its biggest problems. You can imagine this as how any image will look like if you look at it through a very fine mesh – small squares separated by a blank grid. This has nothing to do with the lenses, but rather, is an artifact of how visuals are presented in any type of digital screen.

On a digital display, any visual data is represented by pixels. These are discrete units, and only a limited number of them can be displayed on a single screen. While the distinction between pixels can hardly be seen in any standard monitor, looking at a screen from a very small distance – such as in VR headsets – can greatly exaggerate the visual degradation due to pixels.

However, VR headset manufacturers have also come up with an innovative way to address the screen door effect, and it is through the use of Fresnel lenses.

What are Fresnel lenses? Are they better?

Fresnel lenses, conceptualized by French physicist Augustin-Jean Fresnel, were first used to decrease the size and weight of lenses used to concentrate the beams of light in lighthouses. They are able to achieve this feat by replacing a single thick lens with a series of small lenses. Since there is little variation in the incident angles of the light rays that these small lenses receive, they can also be much thinner than single aspherical lenses.

Oculus has been noted to use Fresnel lens technology to mitigate the screen door effect. By contouring the individual lenses to maximize the number of pixels in the user’s field of view, Oculus is able to minimize the gap between pixels to an almost imperceptible degree.

The jury’s still out on whether Fresnel lenses are an across-the-board improvement over single lenses, but the VR headset industry seems focused on improving this technology and implementing for all future releases. Fresnel lenses still do have a glaring flaw, though, and it has become a chief source of frustration among VR enthusiasts.

The “god rays” effect and the limitations of Fresnel lenses 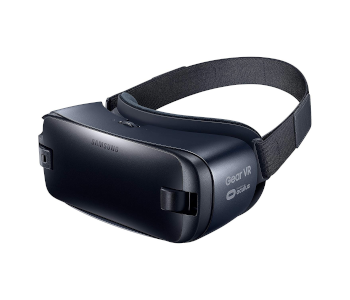 Fresnel lenses use a series of small lenses to keep the size and weight of VR headsets low. However, the lenses themselves are still discrete units separated by a gap, no matter how small. When light hits these gaps, called “ridges”, the light becomes scattered instead of focused.

The unintended scattering of light around these edges results in what is called in the industry as “god rays effect.” This can be easily observed as diffuse rays of light emanating outwards of particular sections of a VR image. Under certain conditions, the god rays effect can even worsen into full-blow lens flares.

The god rays effect is easily one of the most hated artifacts in VR entertainment, to the point where people have been modding their Oculus Rift CV1 headsets with spare parts from the Samsung Gear VR to eliminate it. The reduction of god rays has also become one of the chief areas of focus in ongoing product research and innovation efforts of major VR companies like Samsung and Oculus.

Reducing the god rays effect isn’t as simple as designing a Fresnel lens with fewer segments. Although this solution may reduce the number of ridges where light can scatter, having bigger sections of thin lenses can significantly reduce the sharpness of the VR image. Considering how much of the cost of these VR headsets go into high-resolution displays, ruining the image quality because of the lenses seems like a backward step.

It’s easy to overlook the role that lenses play in VR headsets because of how low-profile they are compared to the fancy OLED screens and sensors. However, VR lenses have been around since the time that VR headsets merely consisted of a cardboard frame and a pair of straps. They basically act as the interface between our eyes and the high-resolution display that sits a mere few inches away.

Simple as they may seem, lenses have become a focal point of the innovation efforts of VR technology companies. Optical aberrations still continue to become a problem even in the current generation of VR headsets. Yet, it’s really only a matter of time before the hardware catches up to address these problems.