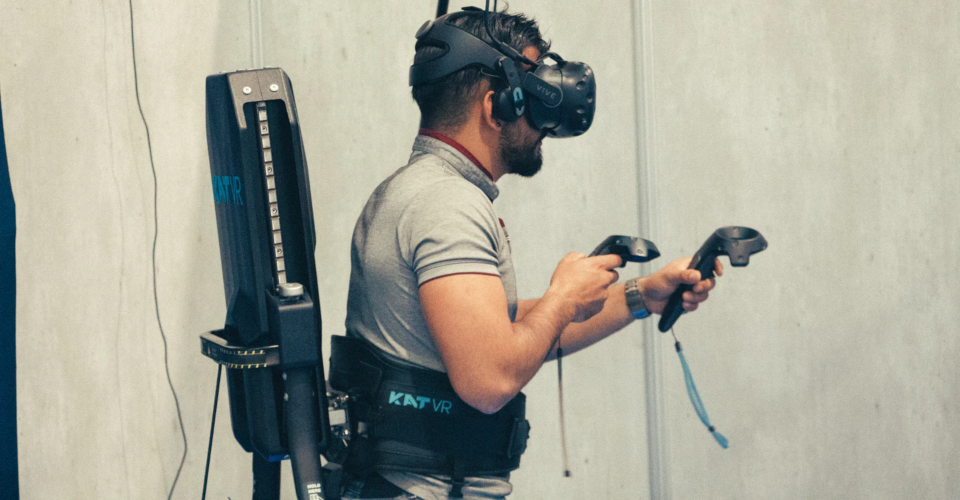 by Joseph Flynt
Posted on November 18, 2020
25 Shares
3D Insider is ad supported and earns money from clicks, commissions from sales, and other ways.

With so many bleak things happening around the world right now, it would be great to escape to another world every now and then where we are more powerful than usual. While video games have always been a welcome respite for many people, there’s a different dimension to experiencing those video games using a V.. R headset.

In this article, we’ll be focusing on a specific genre – RPGs or role-playing games. Characterized by high-fantasy plots, rich worlds, and engaging combat, RPGs are a staple in any gamer’s library. Here are the top RPG titles available in VR which you should play in 2020. 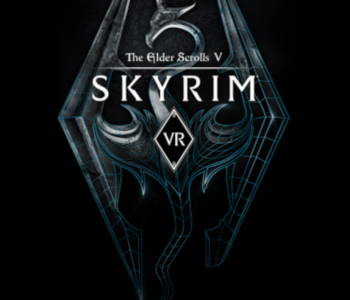 This seems like a cop-out because the port of Skyrim has been out for more than two years and the original game was launched way back in 2011. However, anyone who has played Skyrim can tell you that you could easily sink thousands of hours into this game and still have an itch to play it all over again.

Skyrim takes you on the journey of the Dragonborn to defeat the dragon Alduin. There is a lot of freedom in how you want to play the game. You can choose which weapon to master and which faction to join. You can even go around killing NPCs if you fancy that or find a spouse within the game. Many consider Skyrim to be one of the greatest video games of all time and it has certainly secured a spot in video gaming history.

Skyrim is even better in VR as it makes you appreciate the scale of the world. Mountains and cliffs seem more imposing, and even the monsters and dragons you face feel much larger. There’s also something so satisfying about throwing down magic spells and swinging your sword using the handheld VR controllers.

Skyrim VR may be an old game, but this is a title we will never stop recommending to those who haven’t tried it before. If you’re into video gaming at all, then do not deprive yourself of the chance to experience history. For those who have already played Skyrim VR, all we can say is that none of the other entries in this list can hold a candle to it. 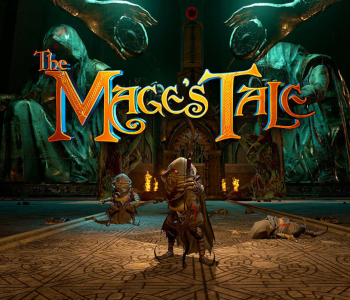 Mage’s Tale VR brings a different flavor to first-person VR gaming because of a lack of the usual weapons like swords and bows. Instead, you take the role of a mage with a host of ranged spells. This is excellent if you’ve always fantasized about shooting fire or lightning from your hands.

Exploration is also a strong suit of Mage’s Tale. Instead of teleporting around the game’s massive dungeons, you have the benefit of free locomotion. You still end up moving in fixed increments, but it feels more natural than just teleporting to fixed locations without the consequence of making your feel dizzy.

You will want to explore these dungeons to uncover new ways to cast and augment your spells. There is enough variety in the arsenal to keep the game interesting and experimenting with the different spells never stops being fun. Even the boss battles are satisfying mostly because they present real challenges that will have you memorize their patterns before you can defeat them, just like a traditional videogame.

Mage’s Tale may not have the benefit of the heritage of Fallout or Skyrim, but we think it’s one of the finest first-person RPGs ever developed for the VR environment.

3. Journey of the Gods 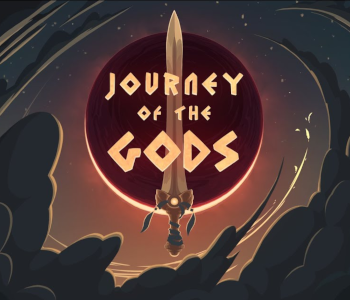 Journey of a Gods is a polished and well-designed VR game with an art style reminiscent of the Legend of Zelda series. The game may seem like a standard hack-and-slash venture, but the ‘God’ angle introduces a unique element of puzzle-solving.

Instead of simply hacking down enemies and pushing blocks, the puzzles of the game are more environmental. Collect enough energy and you can enter God mode, which allows you to shrink trees, throw down lightning bolts, and open up secret passages. The switch between the two game modes provides just enough variety to break the monotony of constant combat.

The sword and shield combat using Oculus Touch controllers feels great, although it would have been nice to have more weapon options. Exploring the open world of the game was nice at first but tended to get boring once you realize that much of the world is empty – as if it was made large just to pad the game’s running time.

At around six hours to finish, Journey of the Gods has a little more material to sink into compared to other VR titles. It’s no Skyrim, but it is nice to be able to play around with the materials of an open world. 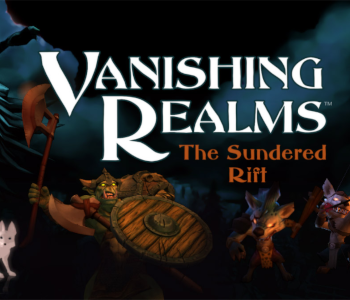 The most impressive thing about Vanishing Realms VR is that it was developed by a single person. Unfortunately, this dungeon-crawling romp in VR never really moved out of Early Access, so it barely has enough content to justify its price tag.

As an early showcase of VR gaming, though, Vanishing Realms was incredibly fun. The game places you in a dungeon, armed with a variety of swords, shields, bows, and other medieval weapons. There is just enough variety of enemies to keep things fresh, and the combat controls feel intuitive and responsive. Combat isn’t particularly difficult but entertaining enough.

Movement in the semi-open world of Vanishing Realms is done via the standard teleportation method. You can freely explore to look for new weapons, treasure, or a key to unlock the next section. You can also move around to engage enemies in melee combat or choose to stay away and wear them down with arrows.

As mentioned, the biggest flaw of this game is that it lacks enough content. This is a common complaint in VR titles. Given the limited development team, we’ll let this one pass. If all we can say about a game is that we wish there was more of it, then is that really such a bad thing? 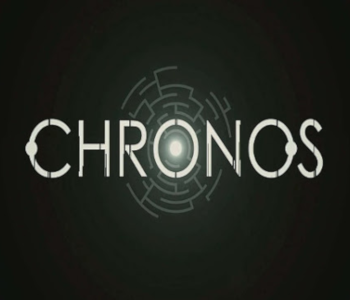 Chronos VR is a third-person RPG, which instantly sets it apart from most VR titles. It’s still every bit as immersive and enthralling on account of its interesting story and somewhat quirky game mechanics.

At first glance, Chronos looks just like any run-of-the-mill medieval adventure. You take control of a man equipped with a sword and shield on a quest to defeat a dragon. Throughout the trip, you will have to hack down hordes of enemies and solve dozens of puzzles.

The unique gameplay mechanic is introduced every time your player suffers a death. They come back to the same spot but only after they have aged by a year. You start the game as a strapping 18-year-old man but may end up finishing it after 30 or 40 years of in-game time have passed.

The age factor plays a role in the player progression. Strength upgrades become more expensive as the player gets older, while arcane skill only becomes accessible when a player reaches a certain age. This means changing up your playstyle progressively. The brute force methods you relied on as a 20-year-old may not work if your character has aged past year 40.

Despite sounding like the game is focused on action, it’s actually pretty slow-paced and relaxing. You can take your time-solving puzzles or looking for collectibles to upgrade your stats. Experimenting with new skills is also fun, especially as the stats of the hero gets redistributed over time. 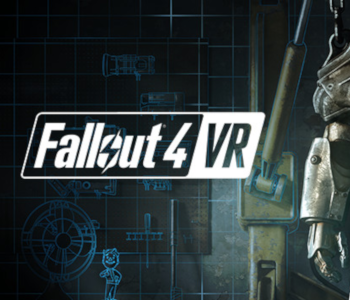 Fallout 4 somewhat straddles the borders between different gaming genres, so including it in this list is also a tenuous matter. It has a lot of action, world-building, and crafting, but it certainly places you in the role of the hero in post-apocalyptic Boston.

The VR port of this classic title is just as massive as the original. If you’ve played Fallout before, then you know what’s up. The Pip-Boy is right there mounted on your wrist, and the VATS is super crucial in helping you deal with hostiles.

The best part of playing in VR is that you’re free to walk around the game’s huge open world. You can opt for the standard teleportation-style movement for VR or opt for locomotion mode if you can stomach it. The title offers enough options for you to play around and figure out which works best.

Even after two years, many consider Fallout 4 VR to still be the ultimate Fallout experience. From the combat, exploration, and base building, VR seems to be the best and most natural way to experience the game. If more VR games had the content and quality of Fallout 4, then VR gaming could become a more compelling option for gamers. 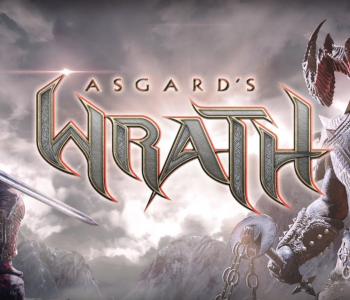 A fairly recent title, Asgard’s Wrath is a good example of how modern developers are pushing the boundaries of VR technology. It’s certainly one of the most ambitious titles so far and is the perfect title for those who are into Norse mythology.

Asgard’s Wrath puts you in the character of an Asgardian god under the tutelage of Loki. To add some variety to the mix, you then end up taking control of several mortals, each of which has a different fighting style. Combat involves the usual swords and knives but can also progress to powerful magic spells.

From your mortal perspective, you can also switch back to being a god to play around with environmental elements. The game takes a puzzle-based approach here, allowing you to help out your mortal counterparts to open up new paths.

The game has no instant teleportation system, which is very surprising for a VR title. Instead, the game allows you to walk around but at a very slow pace to avoid motion sickness. This slow walk can get old after a while, but there are enough enemies around to keep you entertained.

Asgard’s Wrath takes more than 20 hours to finish. Perhaps this is a good sign of the direction that VR games are headed, becoming just as content-rich as more traditional video games. We’re all for this evolution. Frankly, we have had it with 2-hour VR tech demos that cost full-price.

RPG titles are designed to take you away into distant worlds, which may be exactly what a lot of people need right now. What better way to do that than through the immersive experience that only a VR headset can offer?

The good news is that the VR gaming industry seems to be transitioning towards games with heftier and more satisfying content. It’s no longer just about the novelty of VR controls – a good VR RPG also has to come with a captivating world and a satisfying story.