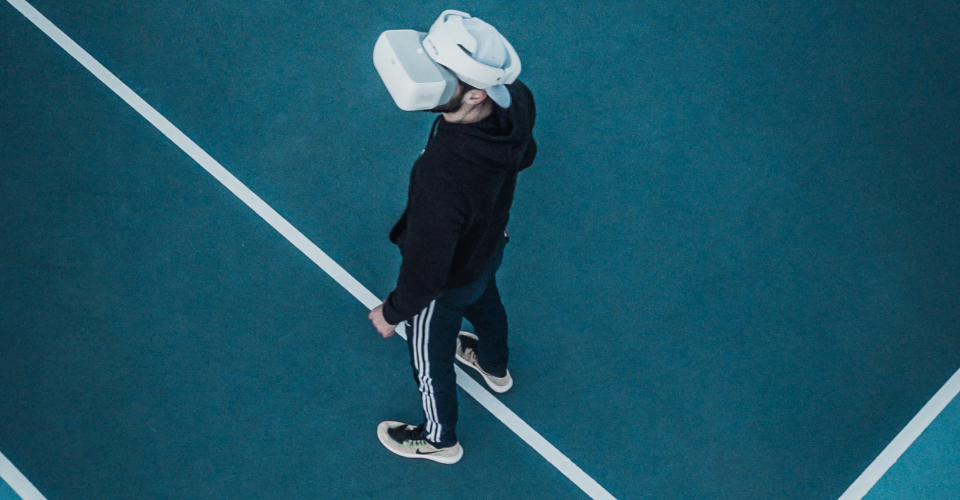 by Joseph Flynt
Posted on August 29, 2020
17 Shares
3D Insider is ad supported and earns money from clicks, commissions from sales, and other ways.

The idea of going out for a run or going to the gym to a workout has become a bit complicated over the last few months. For this reason, a lot of people have taken to doing workouts in their homes by following guided apps or instructional videos. However, these methods lack the sense of interaction and immersion of being in an actual gym.

If you have a VR headset, then you might be more enticed to work out with any of these workout apps and games. The beauty of VR is that it’s fun and you won’t end up feeling like working out is a chore. 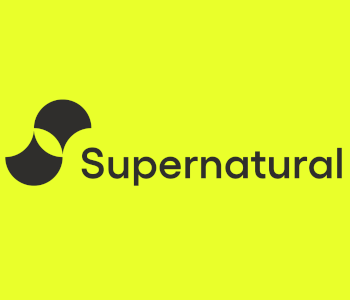 Released just a few months ago, Supernatural is a relatively new VR experience made specially to take advantage of the Oculus Quest wireless VR headset. More than a game, this is an actual VR fitness app with coaching and a library of exercise that you can do in beautiful virtual environments. With immersive backdrops and beautiful music, Supernatural offers an experience that is as soothing to the body as it is to the mind.

There’s also a social aspect to Supernatural provided by the companion mobile app. Through the app, you can record your stats and compare them with your contacts. The app also connects you to a thriving community of fitness enthusiasts who will gladly give support and expert advice.

Supernatural requires a paid subscription at $19/month or $179/year. This pricing scheme may seem unusual if you think of Supernatural as a VR “game.” However, subscription schemes are quite common in fitness apps to support the development of regular content. If you just want to try it out, Supernatural offers a 30-day free trial. 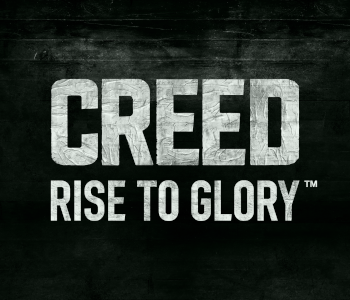 There have been a lot of boxing games created over the years for VR, but none of them have the level of polish that Creed: Rise to Glory has. The game puts you in the boxing gloves of Adonis Creed as he seeks to build a boxing legacy by facing the very best boxers in the world. Fans of the Rocky franchise will get a kick out of this game as you can face several familiar characters such as Ivan Drago and Rocky Balboa himself.

The best thing about boxing games is that they can really give you a good workout. Between throwing jabs and uppercuts, weaving your head to avoid punches, and side-stepping to get better angles on your opponents, you will get a full-body workout every time you step into this virtual ring.

Creed: Rise to Glory offers responsive controls, top-of-the-line graphics, challenging opponents, and the Phantom Melee Technology that makes every hit feel more impactful. This is the kind of game that will have you hooked and wanting for more, even if you’re not due for another workout yet. 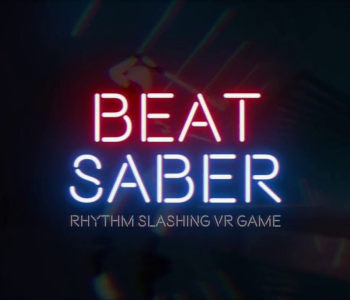 The consummate VR game, just about anyone who’s had a passing interest in VR is familiar with Beat Saber. This game has you swinging lighted sabers in a virtual environment while following a beat, with obstacles you’ll have to avoid every now and then. With a vast library of popular and catchy songs, it will be easy to find yourself sinking several hours in Beat Saber.

Beat Saber is an excellent VR fitness app because you can customize just how much of a workout you can get. Beginners can feel right at home in the easy settings. At higher difficulty settings, Beat Saber becomes a full-body workout that will have you struggling to keep pace with the music.

The only downside of Beat Saber is that it’s pretty old and just about anyone who has tried VR has probably played it. Still, we consider it as one of the most reliable VR titles, whether it’s for getting a quick workout or simply to have fun. 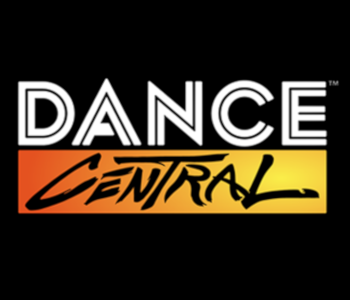 The Dance Central game has been around for a long time with several iterations across different gaming consoles and systems. This VR port of the game, however, is limited only to the Oculus headsets. Exclusivity aside, it remains one the best rhythm and dance games, in VR or otherwise.

As the title implies, Dance Central has you following onscreen dance step prompts following the rhythm of any of the songs in a 32-track selection. Movements are tracked using both the headset and the handheld controllers. Foot movements aren’t tracked, but why not do them anyway? Dancing is always fun, not to mention it gives you a full-body workout.

Longtime fans of the Dance Central franchise may be a little disappointed with the small selection of tracks in this VR port. It’s a relatively new entry, though, so there’s still a chance that the tracklist can be updated and expanded. You can still dance along to the same 32 tracks over and over – no judgment. 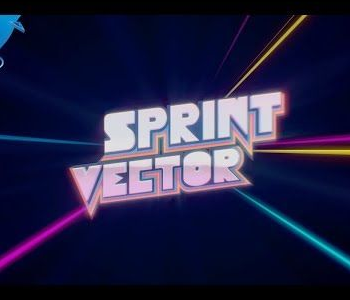 If you’re looking for the thrill of competition and want to get a quick workout in at the same time, then Sprint Vector is the perfect VR game for you. Simply put, Sprint Vector is unique. Sprint Vector is a virtual race and obstacle course that will have you sprinting, jumping, sliding, drifting, and flying across several unpredictable environments.

The psychedelic backdrop of each course accurately conveys just how zany and unpredictable they are and how your typical perspective of how physics works will be challenged. To give you an edge, there are also various boosts and powerups scatted across the landscape. Sprint Vector perfectly demonstrates the concept of a game that easy to learn but very hard to master.

The gameplay of Sprint Vector is mostly centered on the hand movements that correspond to various actions like running and jumping. The pace is frenetic, so you might have to overcome an initial feeling of motion sickness. Once you’ve acclimatized to the pace, get ready for a workout that will have you sweating in just a few minutes – both from excitement and physical exertion. 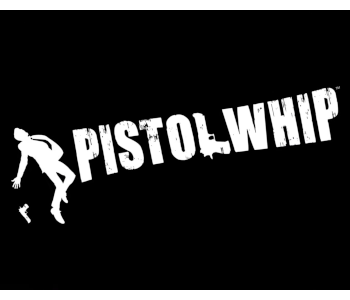 As far as game mechanics go, Pistol Whip is certainly unique. It’s a first-person shooting game that gives you the freedom to approach each encounter in your own way. However, it also comes with a kickass soundtrack that gives it an element of a rhythm game. The combination of the intensity of bullet hell games and the pace of rhythm games makes Pistol Whip frenetic enough to offer a physical workout.

Some players have likened playing Pistol Whip to figure out the best way to approach each level to a dance. You need to figure out which enemies to eliminate first, all the while trying to avoid the bullets from about a dozen of them. The game also rewards you for shooting with the beat of the song, as well as for super-accurate shots.

Through the years, the developers of Pistol Whip have supported their games with expanded content. With three difficulty levels, incentives for replaying stages to get high scores, and new content being released, Pistol Whip certainly has the legs to be one of the longest-lasting VR games. If you’ve gotten tired of the old rhythm and dance VR games, we highly suggest giving Pistol Whip a shot. 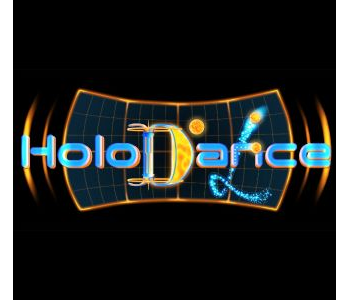 One of the earliest VR rhythm games, Holodance may no longer have as much of a share of the spotlight that it used to have. However, it still has a community of active players and a database of songs that number in the several thousand. Its compatibility with old “osu!” beatmaps has made its selection virtually limitless.

As with other rhythm games, Holodacen has you moving your hands and head around to hit targets attuned to the beats of a song. Depending on the tempo of the song and difficulty settings, playing Holodance can range from a relaxing experience to a fast-paced physical exercise.

Despite the sustained appeal of Holodance, it also cannot be denied that it’s a game that shows its age. The simple interface and graphics hark back to the first years of VR gaming. This isn’t necessarily a bad thing but might be off-putting for those who have gotten used to today’s high-fidelity graphics. The gameplay mechanics, however, are still as solid as ever and definitely makes for a satisfying VR workout. 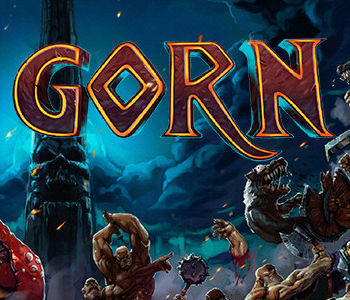 A word of warning – Gorn isn’t for you if you’re bothered by extreme or gratuitous violence, however cartoony it may be. We’re not kidding when we say that Gorn is violent. Gorn is a gladiator combat VR game that pits you against waves of heavily armed and muscular opponents inside an enclosed ring.

You’re far from helpless, though. At your arsenal is a seemingly endless array of weapons ranging from knives to warhammers. You can also tear apart your opponents using just your hands. The fun physics, range of options for killing your opponents, and the carnage that you can cause are all elements of what makes Gorn so appealing.

Gorn is a VR game that will have you constantly moving. This is the perfect game if you want to work out a sweat while releasing some of that pent-up stress and rage. Beating all your opponents is rarely a challenge. At best, they are large moving targets on which you can release some intelligent and often overboard violence. Had a bad day at work? Fire up Gorn and you’ll be feeling better in no time.

The fact that you need to move around to play in VR already gives VR gaming a level of appeal that goes beyond that of the games you play while seated on the couch. VR games are a viable alternative to working out in a gym without the hassle of having to go out and interact with other people. Exercising via VR is made so much better when you have to do it to win an obstacle race or to beat down a bunch of gladiators.