by Joseph Flynt
Posted on November 26, 2022
27 Shares
3D Insider is ad supported and earns money from clicks, commissions from sales, and other ways.

The infill is one of the fundamental parts of any 3D-printed project. It provides mechanical reinforcement to the object while helping to control its weight and density, all while maintaining the model’s intended physical appearance.

However, there is also plenty of room for error in printing the infill of any project. In many cases, the infill can be quite weak and unable to provide the expected physical support. What causes a weak infill and how can this be avoided? 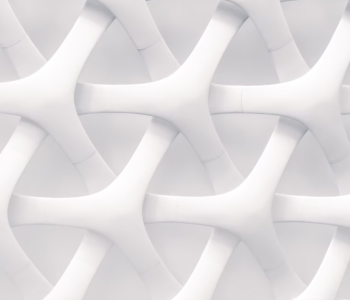 For the most part, printing the infill of your project should proceed without a hitch if it is being printed at the same settings as the shell or top layers. There are a few settings that you can tweak, but the most common cause of a weak infill is under-extrusion.

Under-extrusion can be caused by several factors – a printing speed that is too high, a printing temperature that is too low, skipping in the extruder gear, or a clogged nozzle. In any case, artifacts of under-extrusion should show up not just on the infill of the project, but also on the shell. Typical signs include missing layers or prominent gaps on the surface of the print.

If you are having problems only with the infill, then there are probably improvements that you can make to the infill settings. The infill may be printed too quickly, or you may simply need to increase the infill density. You may also have the option of printing the infill at thicker layer widths – quite useful for prints that have to be very robust.

If you are having issues with a weak infill, we suggest tweaking your infill settings first before investigating the possibility of under-extrusion. Here is our recommended troubleshooting process that starts off with the most obvious and easily addressed possible causes.

Set infill density to at least 20%

Before you go prodding around your 3D printer’s finer details, take the time to make sure that you are printing your infill at least at 20% density. This is the rule-of-thumb value that balances filament usage and mechanical strength. Anything lower will be quite weak, regardless of how finely tuned your 3D printer is.

Clogging a nozzle with burnt material is something that is bound to happen to any FDM printer. Missing layers and inconsistent extrusion are some of the most apparent signs of a clogged nozzle.

In any case, cleaning your nozzle regularly is considered good practice in 3D printing. The easiest way to do this is via the cold pull method – using a piece of filament to remove any stuck material in the nozzle. There are several other methods to clean a 3D printing nozzle. 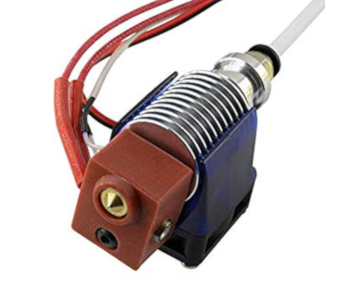 Your hardware is clean and should be extruding seamlessly, but you feel like there still is not enough material being extruded to make your infill stronger. If this is the case, then your extruder might need some calibration. You will need a bit of knowledge in manipulating G-Code to do this, but it really is not that hard.

The point of calibrating an extruder is to ensure that it is extruding the correct length of filament per step of the motor. This naturally drifts within the lifetime of an extruder or stepper motor. Extruder calibration is something that needs to be done regularly for a 3D printer.

If you are still experiencing extrusion problems, then you may need to play around with your slicer settings. Under-extrusion can also be caused by an excessively high value for printing speed. This can be quite problematic in the infill, as some slicers allow for faster printing speed when printing the infill.

A good rule of thumb is to try and reduce the printing speed by 20% to 30% and check if this improves extrusion performance. If it does not help, then it’s worth exploring other options.

The other half of the extrusion equation is the print temperature. Are you printing at the recommended range for the filament you are using? Do you still have wiggle room to increase that temperature by 5 or 10⁰C? Again, making a small change within the range of the accepted values may be what it takes to fix any extrusion-related issues in your print.

Some slicers allow you to modify settings specifically for the infill of any 3D printing project. For instance, the line width for the infill can be increased, which is a certain way to make your 3D print stronger. The tradeoff is that this increases the amount of filament used for the infill, as well as the printing time.

Keep in mind that printing with thicker layers may also mean that you can reduce the infill density, otherwise the whole interior section of your model can get pretty crowded.

Adjust the orientation of the model 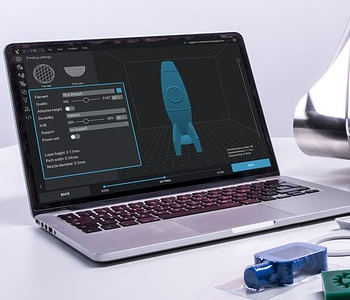 Lastly, it may be worth considering changing the orientation of the model as it is printed. The strength of any infill pattern varies significantly between the X-Y axes and the Z-axis. The optimal orientation for your print relies mostly on how you intend it to be used. Orienting the model by 45 degrees from the horizontal plane is considered the default option for making its mechanical strength a little more equal across all directions.

In any case, inconsistent extrusion is something you will need to address early on. This affects not just the infill strength, but also a host of performance and quality parameters of your 3D printing project.

A word on infill patterns

If a weak infill is being caused by 3D printing errors, then you certainly need to check your hardware or do some edits to your slicer settings. However, it is also possible for your infill to be weaker than expected if you’re not using the proper infill pattern.

Most slicers have a selection of fairly common infill patterns. Each pattern has benefits for specific use cases, but also some drawbacks. If you’re just going for maximum strength, then a cubic pattern offers excellent mechanical support and rigidity.

Another option is the gyroid infill pattern. This pattern is a bit more complex and will likely take a long time to slice, but it also gives good strength while maintaining some flexibility for the finished print.

Other infill patterns are specialized for different reasons – faster printing, more flexibility, or low filament use. However, ascribing strength to the infill pattern is something you can only do once you have dealt with possible under-extrusion issues.

Creating a strong infill is a necessary step in 3D printing, especially if you’re making any object for functional strength. Just like any other part of a 3D-printed object, the infill needs consistent extrusion to be printed properly.

If you have your slicer settings to the right values and you detect no hardware problems, then it is easy enough to strengthen your infill by increasing the infill density, infill layer width, or infill pattern.