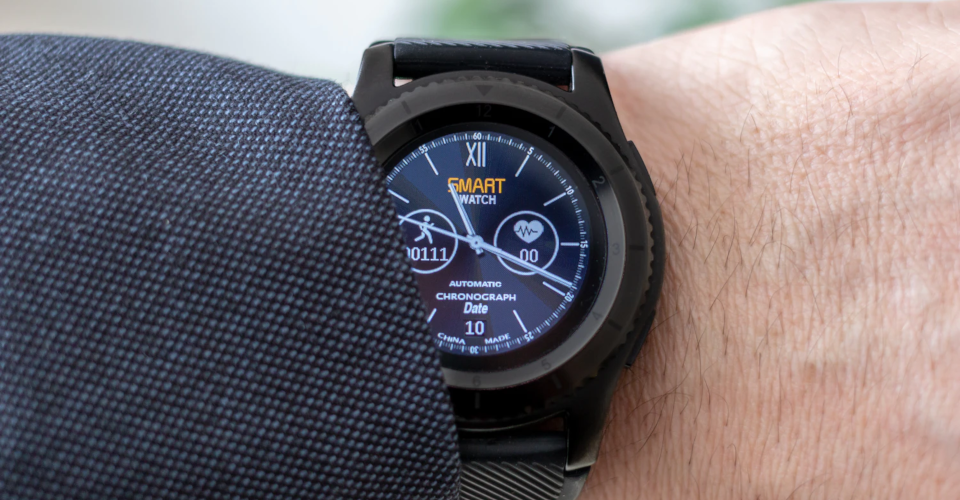 Statistics on Smartwatches, Fitness Trackers, and Other Wearables

by Joseph Flynt
Posted on March 10, 2020
17 Shares
3D Insider is ad supported and earns money from clicks, commissions from sales, and other ways.

Smartwatches and fitness trackers have evolved from being novelty devices to something that more people wear and use regularly. The idea of having an advanced piece of tech worn on your wrist certainly sounds appealing – like something that came straight out of a science fiction film. Wearable devices have the potential of making our lives more convenient and allow us to better track our fitness and health goals.

How successful have smartwatches and fitness trackers been, exactly? Let’s take a look at the current stats and the market forecast for the industry according to experts.

The history of smartwatches and fitness trackers 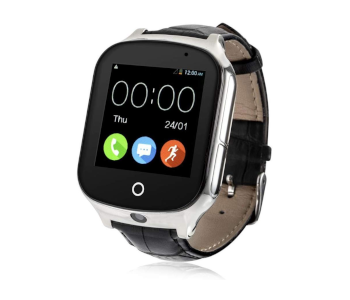 It’s hard to pinpoint a year specific year when fitness trackers first came into the market. After all, wearable heart rate monitors and pedometers were already in use in the early 1980s. However, a large technological leap in the early 200s when the first wearable devices that contained accelerators and altimeters became accessible to regular buyers.

Not only were these devices able to monitor the user’s heart rate and the number of steps taken, but they can also data such as quality of sleep, calorie expenditure, and overall physical activity. Some devices were also designed to interface with commercial-grade fitness equipment for more accurate tracking of exercise performance.

Social media and sharing of data have proven to be an additional layer of appeal to the use of fitness trackers. Data collected and generated by fitness trackers can be disseminated across several social media channels and communities, providing an avenue for collaboration or rivalry.

Early versions of fitness trackers were made to be clipped to belts, like the original Fitbit. These have been since been replaced by wristband and armband models. Nowadays, the technology and features normally found in fitness trackers have been integrated into shoes, earbuds, rings, and collars for dogs.

Although the distinction between fitness trackers and smartwatches is much less defined nowadays, a smartwatch is generally still defined as a wearable computer. They can be used to make calculations, play games and other forms of media, connect to a Wi-Fi network, pair with a smartphone, and interface with digital assistants. Moreover, they can be equipped with a GPS sensor, accelerometers, altimeters, heart rate monitors, pedometers, and thermometers among other types of sensors.

The Pulsar watch by Seiko, released in 1982, is widely considered as the earliest example of a smartwatch. It was the first watch with a user-programmer memory, although its capacity was limited to just 24 digits. In 1984, the concept received a huge upgrade with the RC-1000 Wrist Terminal, also developed by Seiko. With an 8-bit microprocessor and 2 KB of RAM, it was the first watch that could interface with a computer.

Several iterations of the RC-1000 were released in the following years with upgrades on its LCD display, storage capacity, and computer terminal-like features.

By the 1990s, early versions of the smartwatch had evolved with wireless communications technology and improved hardware. The Ruputer, launched by Seiko in 1998, is widely considered as the earliest example of the modern smartwatch because of its graphics display and selection of homebrew applications.

The Pebble, a smartwatch concept funded by Kickstarter in 2012, proved to be one of the more revolutionary products in this industry. It had an ultra low-LCD screen, an array of sensors, and can communicate with Android or iOS devices via Bluetooth. Its battery can last up to 7 days and was waterproof to about 40 meters. Eventually, Pebble’s intellectual property was acquired by Fitbit, a company specializing in wearable technology.

Since then, large tech brands have gotten in on the smartwatch market. The selection of choices today is huge with entries from tech giants like Google, Apple, Sony, Samsung, Microsoft, BlackBerry, and LG.

Smartwatch and fitness tracker use in the US 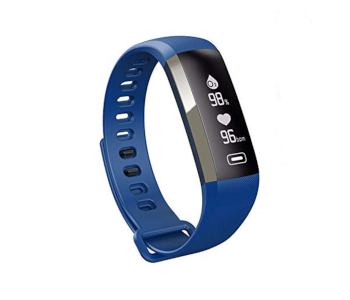 According to a survey conducted in June of 2019, 21% of all Americans, or about one in five, have stated that they regularly use or wear a smartwatch or fitness tracker. These figures are enough to push the sales numbers of smartwatches to 26.1 million units and fitness bands to 25 million units. This has also been enough to make the US the second-largest market for wearable devices worldwide.

Out of the 56.7 million US adults who wear wearable devices, over half of them will be using a smartwatch. The sales figures for smartwatches are expected to continue to increase, but this will indirectly cause the stagnation of fitness trackers sales. Because of the cannibalization by smartwatches, sales for fitness trackers have dropped slightly from 70 million to 68.1 million units from 2015 to 2014.

It’s hardly a surprise, but about three out of four people who use fitness trackers acknowledge the benefits of using one. 30% of the users have ranked fitness trackers as very helpful in achieving their health and fitness goals, with 46% downgrading that assessment to “somewhat” helpful. Meanwhile, health apps are deemed to be more beneficial with 29% of users describing them as very useful and 53% describing them as somewhat useful.

The demographics of fitness tracker use 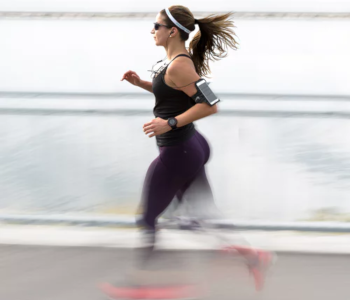 Women are more likely than men to use either a smartwatch or a fitness tracker, with 25% of women responding favorably compared to only 18% of men. Adding age to the equation makes the difference more profound. The 55 or below age group of women are the most likely to use wearable devices. On the other hand, male adults aged 55 or above are the least likely group to wear a smart device.

The trends for wearable device use according to income class are hardly surprising. 31% of responders who earn $75,00 or more a year have indicated using a wearable device compared to only 12% of those who earn less than $30,00 per year.

Trends based on education are similarly predictable. Based on a survey of more than 4200 American adults, college graduates are much more likely to use wearable devices than those who have finished high school education or less.

Based on race and ethnicity, Hispanic adults are the most likely to use a fitness tracker (26%) followed closely by black adults (23%) and white adults (20%). 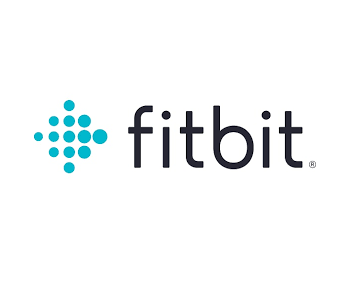 In 2014, over 720,000 units of Android Wear devices were shipped. Xiaomi trumped this figure with over a million units of the Mi Band. However, the Moto 360 from Motorola was that year’s best-seller.

As a statement to the diversification of the smartwatch market, the 6.8 million smartwatches sold in 2014 were made by 89 companies. Nowadays, the number of smartwatch companies have grown to more than 140. In the US, the most popular brands of wearable devices are Apple, Xiaomi, and Fitbit as of the end of 2018.

The story of the Apple Watch became one of the most prominent stories of the market performance of a smartwatch. When it was first announced, Apple had very high hopes for the product with analysts also chiming in with a forecast of 36 million units sold in the first 12 months. After just a few weeks and a lackluster performance in the market, the forecast was reduced to as low as 10.5 million. 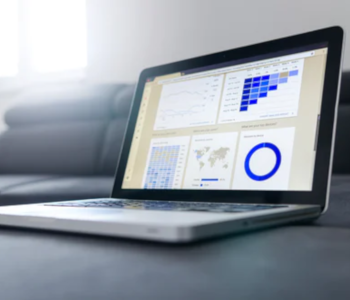 Fitness trackers collect data at a scale that previously did not exist. Depending on the complexity of the device, a fitness tracker continuously compiles data about the user’s whereabouts, level of physical activity, and vital signs. As a result, the companies that make these devices and develop the corresponding apps and firmware collect a huge amount of data on users.

Currently, privacy policies allow for these data to be shared with others, prompting concerns from several sectors. Military analysts have also stated expressed their worries over how smartwatch data on military personal can be shared and used by third parties. On a friendlier note, the data collected from fitness trackers have proven to be useful in the field of health and medical research.

Surprisingly, the general public is quite open to the idea of their fitness data being used for research. 41% of Americans believe that allowing medical researchers access to their data is acceptable, while only 35% have expressed strong opposition to the idea. 22% of the respondents are uncertain about their opinions on this matter.

Among the users, white adults (39%) are more open to the idea of data sharing compared to black adults (31%) and Hispanic adults (26%). Moreover, younger users are more receptive to the concept, with 47% of adults under 50 believing that the use of this idea is acceptable. On the other hand, only 35% of respondents aged 50 or older believe they are receptive to data sharing.

With more brands making them easily available and at lower prices, fitness trackers and smartwatches seem to be on the trajectory to becoming just as widely used as smartphones. Today’s wearable devices are much more capable, ergonomic, and useful. Their capabilities have even been further augmented by cloud services such as digital assistants and media streaming.

While early forecasts of the market performance of wearable devices seem to have been a bit too optimistic, recent trends are indicating a successful trend, albeit in a more optimistic manner. The market for wearable devices is still very strong and the investment in the technology by tech giants like Google, Apple, and Sony practically guarantees that these devices will be sticking around for a long time.