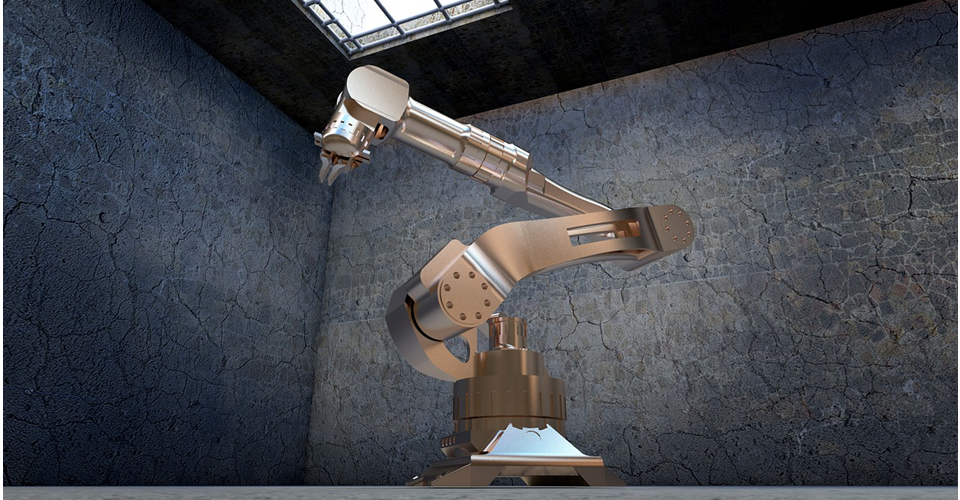 What are robotic arms and how do they work?

by Joseph Flynt
Posted on July 2, 2019
19 Shares
3D Insider is ad supported and earns money from clicks, commissions from sales, and other ways.

A robotic arm is a type of mechanical arm that is similar to the human arm. It has various segments which closely resemble the shoulder, an elbow, and a wrist. A robotic arm is programmable and can be directed to perform a variety of functions just like the human arm can.

The robotic arm was invented back in 1954 when a self-taught inventor by the name of George Devol applied for a patent of a mechanical arm which could be programmed to repeat precise tasks. Mr. Devol then explained his concept to an engineer by the name of Joseph Engelberger and the two together named the concept as Unimation.

Mr. Engelberger then formed a company called Unimation Inc and used the ideas of Mr. Devol to create the Unimate robotic arm. This effort was quite successful and General Motors put up a few hundred Unimate arms in its factory.

The concept soon spread and companies like Ford and Chrysler also became customers of Unimate. The Japanese were also receptive to the idea, and soon, robotic arms became a global phenomenon. Mr. Devol was inducted in the National Hall of Fame in the year 2011 for his patent on the world’s first digitally operated programmable robotic arm.

The segments and movement of the robotic arm

The robotic arm is the most common type of manufacturing robot. It is typically made up of seven segments with six joints driven using step motors. A user can control the robotic arm via a computer by controlling the step motors in the joints.

The design of the end effector will depend on the applications for which the robotic arm is intended to be used. The end effector is also known as a robotic hand. It can be designed to perform spinning, gripping, welding, and assembly operations.

A robotic arm can be fitted with a variety of end effectors. One of the most commonly fitted end effectors is the one which resembles the human hand. It is used extensively for picking, gripping, and carrying different types of objects.

Other types of end effectors include blowtorches which are used to heat a surface or solder something together. An end effector can also have a drill which allows the robotic arm to drill holes for fastening screws. It can keep drilling millions of holes over and over in the exact same spot of a part sub-assembly.

An end effector can also have a spray painter module which allows the robotic arm to paint products. Humans will experience arm and shoulder aches after performing a certain number of spray paint jobs. Inhaling toxic paint fumes can also be bad for an employee’s health. A robotic arm can perform such relatively “hazardous” jobs with high accuracy and reliability.

In order to “teach” the robot the sequence of motions that it needs to go through over and over to perform the job at hand, a hand-held controller is used initially. A programmer or the user guides the robotic arm through every movement of the sequence that needs to be followed to perform a specific task.

The robot stores information about these movements in its memory and then follows the same exact sequence every time. For example, if a robot is to be used to twist bottle caps on a food jar, then the programmer will initially use a controller to make the robot pick up the bottle cap and then twist it on a bottle which comes down the assembly line on a conveyor belt.

Once this sequence gets entered into the memory of the robotic arm, it will keep on picking up bottle caps and twisting them on every jar which comes through the assembly line.

The robotic arms can be programmed to perform other such functions as well. They can be made to tighten screws, put together components of a car, and even fit micro-chips on a computer. Depending on the type of end effector fitted on the robotic arm, everything from tiny components which require deft hands to large heavy components which require strength and force can be handled by programming the robot accordingly.

There are different types of robotic arms that are used for specific purposes.

SCARA robotic arm: This type of robotic arm features two parallel rotary joints which provide compliance in a plane. It can be used to apply sealant, perform pick and place functions, handle assembly operations, and work with machine tools.

Articulated robotic arm: This robotic arm has at least three rotary joints. Advanced models can have up to ten joints as well. Each joint is considered to be an axis and can provide an additional degree of freedom. It can be used for spray painting, fettling machines, gas welding, arc welding, die casting, and assembly operations.

Anthropomorphic robotic arm: This type of robotic arm is the closest mechanical system to resemble the human arm. It even has fingers and thumbs. It can perform a wide variety of functions.

The cost of a robotic arm

Depending on the type of robotic arm that you want to purchase, you will end up paying anywhere from $1,000 to $400,000. Consumer robotic arms meant for schools, colleges, and non-industrial applications can be purchased for around $1,000 to $3,000.

Industrial robots, on the other hand, can cost anywhere between $25,000 to $400,000. Industrial robots are also purchased along with additional peripherals like controllers, end of arm tooling (EOAT), and software.

Overall, the price of robotic arms has been reducing over the past few years. If someone wants to purchase a robotic arm but cannot afford the regular price, then he/she may look at used or refurbished robotic arms. They can sometimes be purchased at a 50% discount price.