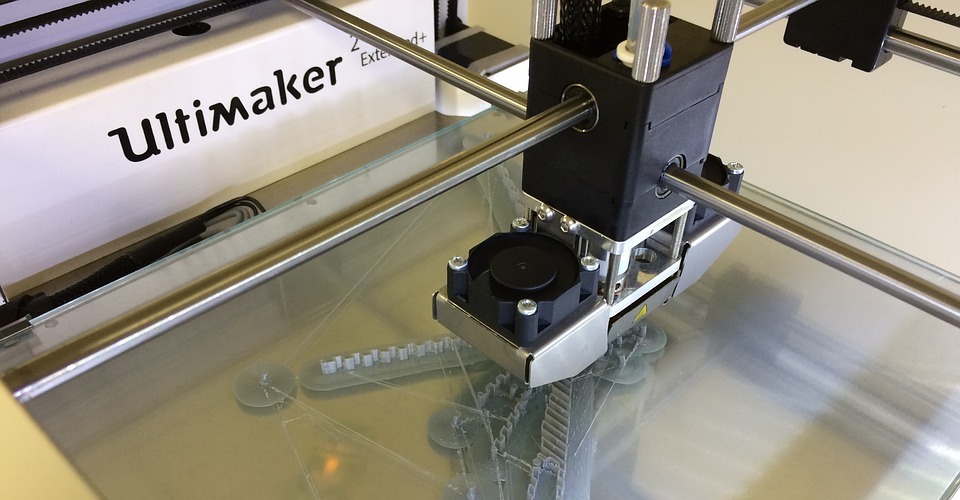 What is 3D printing and how does it work?

by Joseph Flynt
Posted on March 1, 2018
19 Shares
3D Insider is ad supported and earns money from clicks, commissions from sales, and other ways.

What’s the big deal with 3D printing – it’s just printing in three dimensions, right? While “3D printing” sounds innocent enough, it is a technology that is uprooting a myriad of industries, disrupting the manufacturing economies, and forcing us to re-evaluate the very ways in which we think about design.

Like regular printing — which deposits layers of ink onto paper — 3D printing involves successively depositing thin layers of raw material on top of one another to form physical objects. I find it useful to think of 3D printers as dutiful robots laying down Lego blocks one at a time, layer upon layer, until voilà! You’ve got yourself a Lego replica of the Empire State Building. This is fundamentally how a 3D printer works.

You send the printer information about what is to be made (e.g. a design stored in a digital CAD file), and the printer prints it out from the base up, systematically laying down “blocks” of material, layer upon layer, until your virtual idea becomes a physical reality. Unlike my cute Lego-building robot however, 3D printers typically have a heat source, such as a laser, which fuses the raw material together as it is laid down (note to humanity: don’t equip Lego-building robots with powerful lasers).

Despite the above and other potential upsides of 3D printing, it was not widely adopted or even popular when first developed in the 1980s. However, with the expiration of many patents underpinning 3D printing technology, cheaper and smaller 3D printers were developed and made readily accessible.

The growth of online 3D printing services accompanied this explosion of low-cost 3D printers and allowed the public to access and print their digital designs from 3D printers around the world. 3D printing also became available to non-tech crowds, including visual artists, architects, and even chefs, paving the way for previously impossible art forms. In a nod towards the democratization of 3D printing, 2005 saw the birth of the RepRap project, a University of Bath initiative to develop a low-cost 3D printer that can print itself. This mini revolution, however, was only the beginning.

In the last decade, 3D printing technologies have made ground-breaking inroads into the aerospace, consumer electronics, and medical industries, just to name a few. 2008 saw the first prosthetic leg 3D-printed and used without requiring additional assembly. Recently, and probably unbeknownst to most, the US Food and Drug Administration approved the first 3D-printed pills. And for those who think 3D printing is limited to relatively small household items, in 2011, the University of Southampton designed and printed the world’s first unmanned 3D-printed aircraft for a mere $7,000. It is no wonder then that in Obama’s 2013 State of the Union Address, he praises 3D printing as having “the potential to revolutionize the way we make almost everything”.

3D printing is also changing the way we think about making things. Prior to 3D printing, the cost and time required to design, test and bring a component to production naturally instilled an element of risk aversion in designers and engineers. Since 3D printing allows for even the most complex components to be dreamt up and printed without incurring costs associated with tooling and labour, designers can be unshackled from these business constraints and permitted to create with an increased degree of freedom.

The advance of 3D printing is not showing any sign of slowing down. As the technology becomes more widespread, usable, cheaper and faster, a logical conclusion is that more goods will be manufactured at, or close to their point of sale or consumption. This has major ramifications for countries whose economies are bolstered by manufacturing, such as China. For all its cheap labour and scales of efficiency, offshore manufacturing plants simply will not be able to compete on price when 3D printing largely eliminates the need for tooling, assembly and the transport of goods around the world. As the prevalence of 3D printing continues to grow and end users start printing their own clothes and spare parts, factors that make China the world’s factory will undoubtedly wane.

The realities made possible by 3D printing have far-reaching implications and have the power to disrupt the economies of global powerhouses. 3D printing is even being harnessed to print organs, with the hope that it can mitigate the global organ shortage and associated black markets. As the list of materials that can be utilized by 3D printers grows, and as printer speed and resolution increases, it seems that only our imaginations can place a limit on what can be produced.