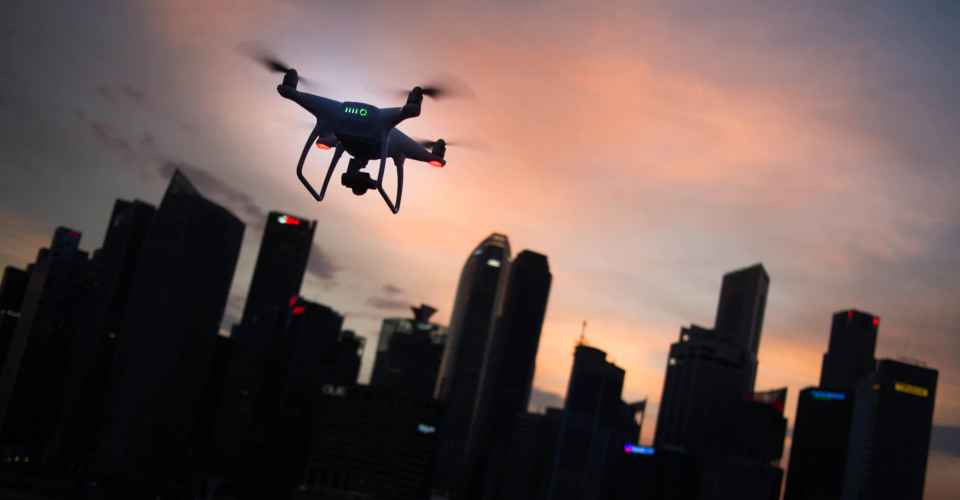 What is ADS-B and How Is It Useful to Drone Pilots?

by Joseph Flynt
Posted on May 27, 2020
23 Shares
3D Insider is ad supported and earns money from clicks, commissions from sales, and other ways.
DJI has just released the Mavic Air 2. See all of the specs here.

With the rising popularity of drones, along with it is a growing sense of fear and paranoia over the idea of drones being used for malicious reasons. There’s also the negligent and irresponsible use of drones, which is an altogether different problem.

The looming issues in safety and security have prompted drone manufacturers to take action and equip their drones with various safety-related features. A more recent trend has been to enable drones to receive ADS-B signals. What is ADS-B and how does it work? How effective will it be in enhancing airspace safety? 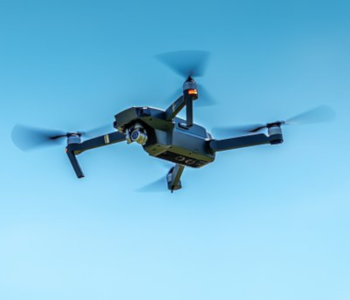 ADS-B stands for automatic dependent surveillance-broadcast, which is a relatively new form of aircraft surveillance technology. In the USA, ADS-B technology has been considered as an essential element of the FAA’s initiative to modernize the national airspace system under the project called the NextGen, or the Next Generation Air Transportation System. Other countries such as Canada, India, and various European countries are also following suit.

With ADS-B, each aircraft continuously emits a signal that broadcasts its current position based on GPS or GNSS readings. Aside from its location, each ADS-B broadcast also contains information identifying the aircraft, as well as its velocity and altitude. All ADS-B receivers within range can then receive this information and react appropriately.

The shift to ADS-B technology means that air and ground facilities no longer need to have a surveillance radar to detect and monitor the position of nearby aircraft. As its name implies, the whole process of ADS-B is automatic in the sense that signals are broadcasted and received with no user intervention. Since all aircraft in the immediate vicinity can also receive ADS-B signals, it allows for more immediate situational awareness and more time for self-separation.

There are two different types of ADS-B services – ADS-B In, and ADS-B Out. All manned aircraft, including commercial flights and helicopters, are equipped with both in and out services, allowing them to broadcast ADS-B signals as well as to receive them. Some devices are purely ADS-B In, such as those found in ground stations.

Most countries that already use ADS-B technology utilize the 1090 MHz frequency band for transmission of signals. More recently, the FAA has announced plans of separating ADS-B signal transmission to 978 MHz and 1090 MHz, with aircraft flying at low altitudes (below 18,000 feet) using the 978-MHz link. This is in a bid to avoid the congestion of the 1090 MHz frequency band.

Existing radio transponders can be modified to tune in to the 1090 MHz frequency and receive ADS-B signals. However, an ADS-B Out service can only be provided with an installed GPS or GNSS receiver.

Why is ADS-B technology needed for drones?

With the number of drones being purchased and operated in the US growing at a steady pace, the FAA has anticipated the national airspace getting more crowded than ever. There have already been thousands of cases of manned aircraft and drones getting into close encounters, and at least one documented crash of a drone and a helicopter. This is problematic because it can happen even without malicious intent, or simply because of a lack of situational awareness.

The idea of using ADS-B technology in drones is to fully integrate them into the national airspace. This means equipping them with the proper tools for situational awareness and taking them along the FAA’s drive to modernize airspace-related safety systems.

The problem with drones is that there may be too many of them. At any given time, there could be more drones flying around national airspace than all of the other types of manned aircraft combined. This could lead to congestion of the frequency bands used for ADS-B signal transmission and a very cluttered map of nearby aircraft.

For this reason, drones are instead outfitted only with an ADS-B In transponder. This allows drone pilots to detect nearby aircraft, even before they are within range of visual line of sight. The one-sided relationship works because drones are mandated by law to always yield right of way to manned aircraft.

This means that, under ideal conditions, the pilot of a manned aircraft will not need to receive ADS-B transmissions from drones, as the drone pilots should simply maneuver them away. This rule holds true for recreational drone pilots and those who have been licensed by the FAA.

Which drones have ADS-B technology? 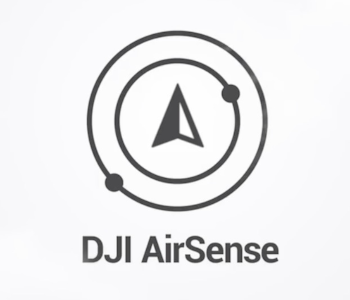 In mid-2019, leading drone brand DJI announced that all of their drones that weigh more than 250 grams manufactured from January 1, 2020, onwards will come with ADS-B receivers. This feature, called DJI AirSense, had already been available in some of their professional-grade models. By extending the function to their commercial drones, this became the single largest deployment of ADS-B technology.

A drone pilot flying with DJI AirSense will be able to see the position and distance of aircraft on the on-screen map of their remote controllers. DJI has also made the map icons fairly intuitive – the aircraft icon will turn from blue to red as it approaches. If the aircraft icon takes on a red hue, it would be best to move away eventually as it can be at your position in less than 60 seconds.

So far, DJI is the only major drone brand that has made moves to integrate ADS-B technology into their drones. There is no word yet on the possibility of retrofitting older DJI drones with ADS-B sensors, but there’s certainly a clamor for it.

For those who want to have ADS-B features for their non-DJI drones, several third-party solutions offer ADS-B sensors or ground stations. You can even get a transceiver that is capable of both ADS-B In and ADS-B Out services. Although ADS-B Out is not always recommended, sites with a lot of low-altitude air traffic may make them necessary.

The move to install ADS-B features in drones certainly makes sense, especially if the drone community’s aim is to be fully integrated into the national airspace. It’s a step in the right direction as far as airspace safety is concerned.

With ADS-B, drone pilots can enjoy the benefit of situational awareness beyond only when they see or hear. Even when flying in uncontrolled airspace, there is always the possibility of low-altitude air traffic from helicopters or crop dusters. In some cases, these aircraft can be so fast or quiet that drone pilots don’t have enough time to perform evasive maneuvers.

Despite the benefits, there are still a few gaps in the implementation of ADS-B that make it less than perfect. If you have a drone with ADS-B, these facts may help keep you on your toes:

Not all aircraft have ADS-B

According to the FAA’s numbers on the current equipage of ADS-B, there are only 124,361 good installs of ADS-B as of May 1, 2020. This means that there are still around 25% to 30% of aircraft in the US that you will be blind to, even if your drone can receive ADS-B broadcasts.

The thing about the ADS-B system is that it’s only effective if there is universal compliance.

This group doesn’t even include the various non-electrical aircraft like gliders and balloons. Since these types of aircraft fly at relatively low altitudes, they pose an even higher risk of mid-air collisions. For the most part, such flying devices are largely unregulated, and we don’t expect the FAA to prioritize them in the imposition of ADS-B installation.

The good news is that there are already ADS-B transponders in the market that are portable enough for aerial sports activities. The downside is that these portable ADS-B devices, whether they are receivers or transponders, can easily set you back more than $500. As long as the technology isn’t budget-friendly, compliance could prove to be a challenge. 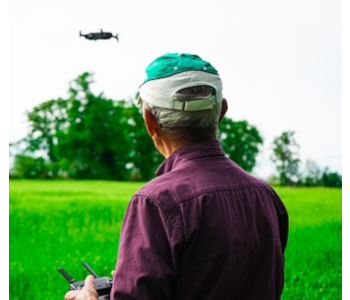 Receiving an ADS-B signal from a nearby aircraft only provides a drone pilot (or any pilot, for that matter) with more information. It is then the responsibility of the drone pilot to yield the right of way. Right now, there is no feature on drones that will force it to land if it detects a nearby aircraft.

The decision to give autonomy to the drone pilot is an understandable one. After all, the alternative would have been worse. Forcing a drone to land can lead to a host of disasters, not the least of which are crashes or drones landing in spots where they are not supposed to. One only needs to look at all the problems that drone pilots are experiencing with DJI’s geofencing features to imagine how problematic an auto-landing feature could be.

However, it also means that the avoidance of mid-air close encounters relies on a drone pilot’s willingness to comply. As we’ve seen with all the cases of close encounters so far, 100% compliance will never be achieved, even when access to safety-related information is available. Whether done because of negligence or malicious intent, close encounters between manned aircraft and drones might not be completely avoided by the integration of ADS-B technology alone.

One of the most glaring flaws of FAA’s ADS-B requirement, as far as drone pilots are concerned, is that it’s not even required in the type of airspace that most drone pilots fly in. Specifically, ADS-B Out is only required at above 10,000 feet MSL when flying in Class E airspace.

Since drones are limited to flying at 400 feet AGL, practically any type of aircraft that poses a threat of a mid-air collision with them in Class E airspace is not required to broadcast ADS-B Out signals. This somehow defeats the purpose of having an ADS-B receiver.

For instance, a helicopter flying at 500 feet AGL in Class E airspace is not required by the FAA to have an ADS-B Out service. However, the fact that it’s flying at low altitudes and the naturally erratic flight patterns of helicopters means that drone pilots should be very wary of them. Without transmitting ADS-B signals, drone pilots are left to rely on their eyes and ears again, despite having this newfangled ADS-B receiver.

All in all, there are still a few huge gaps in the implementation and effectiveness of the ADS-B system. Drone pilots need to keep in mind that the system was created with manned aircraft in mind and that its adaptability to drones is a fairly new concept. Hopefully, the policy or technology evolves to become more comprehensive.

ADS-B remains a new and unfamiliar concept to many drone pilots. Right now, there is no FAA mandate to equip drones with ADS-B technology. However, we imagine it to be a new norm as the FAA continues with their modernization program for airspace safety.

This remains a very ambiguous matter that has got many in the drone community talking. What are your thoughts on ADS-B and its value to drone pilots?