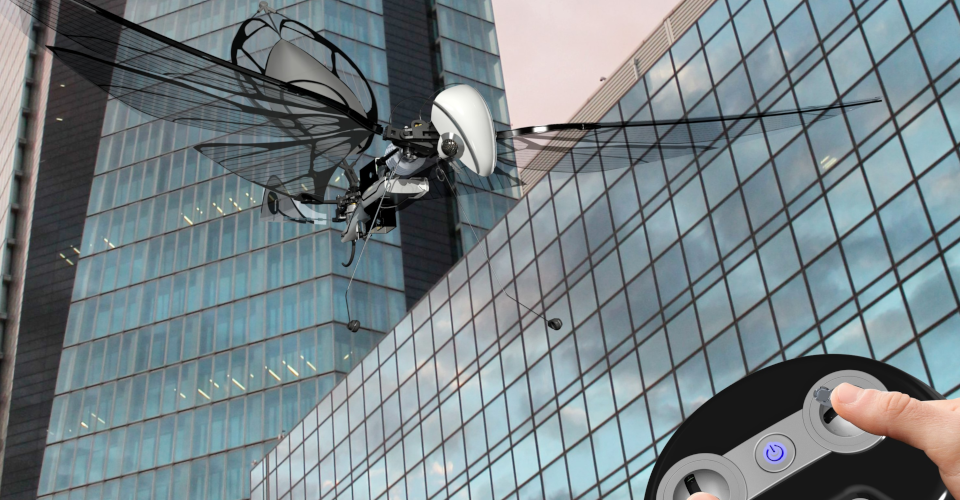 What is an Ornithopter and Will It Be the Next Big Thing in Drones?

by Joseph Flynt
Posted on January 30, 2021
29 Shares
3D Insider is ad supported and earns money from clicks, commissions from sales, and other ways.

The quadcopter design has become the ubiquitous image that most people think of when drones are discussed. Being a marvel of modern engineering, quadcopter technology is the culmination of years of knowledge of propeller-powered flight.

Despite being technologically advanced, modern quadcopters are still inferior in several aspects to natural flight. There’s a reason why drone pilots are advised to stay away from birds, after all. To close this gap, research on a new type of drone has been ramping up in the last couple of years.

What is an ornithopter?

It is often said that nature is the best designer. Indeed, a lot of our modern practices have been adopted from how animals and plants have survived and evolved through the years. This is the primary ideology behind the design of an ornithopter – an aircraft that mimics the way in which birds fly.

The goal for an ornithopter drone is to benefit from the best characteristics of both fixed-wing and quadcopter drones. Quadcopters are known for having excellent maneuverability and being able to maintain a steady hover. On the other hand, fixed-wing drones cannot hover in place but are several magnitudes more efficient than quadcopters.

While hybrid drones exist, these are generally very complex and are weighed down by having too many parts.

An ornithopter design is easy to spot with its most distinguishing characteristic – a pair of flapping wings. Through a combination of these wings and a streamlined body, an ornithopter is capable of flight behavior that is beyond the means of quadcopter or fixed-wing drones. Among its many benefits is being able to switch rapidly from gentle and stable flight to patterns that are more aggressive, like diving or flipping.

What’s so special about flapping wings? These wings provide lift because of their airfoil shape, similar to how fixed-wing drones work. However, the flapping motion helps wings generate even more lift, allowing for faster changes in altitude. It is also this motion that allows ornithopters to hover in place without losing lift.

To allow changes in altitude and direction, an ornithopter typically has a rudder or elevator on its “tail.” Again, this is similar to how the tails of birds are instrumental to flight movement and stability. Just like the rudder of a boat, the tail of a bird swings from one side to the other to allow for steering. The tail can also flair downward to produce drag, which helps the bird slow down during flight.

The challenges of designing an ornithopter drone 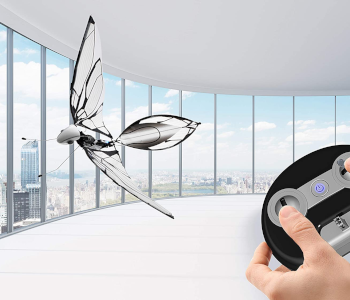 Just about all design elements of an ornithopter drone are modeled on the physics of bird flight. This may seem like nature doing the work for the engineers. However, the mere fact that ornithopters are still very rare means that this is a lot easier said than done.

There are parts of the anatomy of a bird that help in its flight that simply cannot be reproduced in a remote-controlled electronic device. Factors such as the way that a bird’s feathers help in flight stability will have to be mimicked through unconventional means.

Designing a transmission system for flapping wings has proven to be one of the biggest challenges in ornithopter development. Compared to the propellers of a quadcopter, the wings of an ornithopter don’t need to flap quite as fast. However, the motors that power flapping wings also need to deal with so much more mass and wind resistance.

This rapid reciprocating motion isn’t just power-intensive – it also causes the rest of the drone’s body to move around in an opposite pattern. This is bad news for any sensitive electronics house in the drone’s body which may get dislodged eventually.

One thing is for sure – any rudimentary crank or transmission system cannot simulate how well bird musculature controls flight. Despite having light bones, birds have very strong muscles in their wings. This allows them to make rapid and subtle changes in flight patterns. Designers have tried to mimic this using flexible materials for wings in ornithopters, but we can never expect them to be quite as agile as birds.

The need for high-powered motors, a rugged transmission system, and a durable body runs directly in contrast with one other important design element – weight. Birds are naturally very light on account of their hollow bones. Ornithopter drones attempt to simulate this by using lightweight materials and as few mechanical parts as possible. This is certainly a challenge considering that an ornithopter also needs a battery and a transmitter for remote control.

Pros and cons of the ornithopter design

Ornithopter drones are still very uncommon nowadays, so it’s still tough to identify the merits and demerits of the technology. From what little we have seen so far, we can already deduce certain aspects of ornithopter flight we can look forward to, as well some we should be cautious about.

Using airfoil technology, ornithopters can generate lift using much less power compared to the propellers of a quadcopter. This can be a huge advantage for drone operations that are expected to last for extended periods. It also helps that ornithopters are deliberately designed to be extremely lightweight.

Fixed-wing drones are the ultimate in flight efficiency, mostly because they have very few moving parts. Their major limitations are that they aren’t very maneuverable and cannot hover in place. An ornithopter addresses both those gaps. Using a tail rudder mechanism, ornithopters are capable of rapid directional and altitude changes. An ornithopter can also hover in place simply by continuing to flap its wings.

The constant buzz that quadcopters generate is one of its less endearing characteristics. Ornithopters address this flaw by flapping their wings at a much slower rate. This makes ornithopters ideal for stealth, or for just about any setting where noise is discouraged.

An ornithopter design will really only work if it is deliberately designed to be lightweight. Just about all working ornithopters developed so far have been tiny and have used materials like flexible plastics and lightweight alloys. While this helps ornithopters become more efficient, it also makes them less likely to survive a crash without some damage.

We likely still have to wait several years before the technology for ornithopter drones catches up with that of quadcopters – if it happens at all. Given the success of quadcopters, it’s becoming even more unlikely that a large tech firm would even invest in developing ornithopters. Thus, our only hope may be the handful of small research groups working on this particular technology.

Is there an ornithopter drone I can buy today? 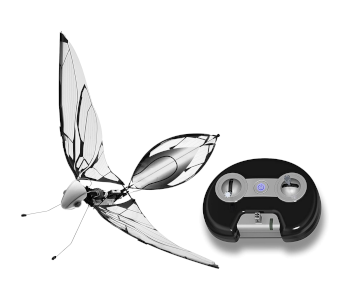 If you were looking for an ornithopter drone that you can fly at anything resembling pro-level, then we have bad news for you. Right now, all ornithopter-type drones are those we would describe as toys. They aren’t very bad and certainly give a good glimpse of the potential of this technology, but there’s not much you can do with them but fly.

For those willing to spend substantially for an ornithopter drone, we recommend the MetaFly BionicBird. This 10-gram drone is probably the closest you can get to a “pro” ornithopter nowadays. The drone requires some assembly, but we consider this to be a good thing as it allows you to better understand how each component works.

It comes with flexible wings, front-facing lights, and an integrated Li-Po battery that gives the drone up to 8 minutes of flight time. The drone can be controlled within a hundred-meter range although we imagine you will likely want to fly this tiny drone indoors. It is very fragile.

If you don’t want to spend too much, then there are about a dozen similar-looking remote-controlled drones that work using the ornithopter principle. These drones come with flapping wings, tail rudders, and some gaudy design that resembles birds or butterflies. They are also quite cheap – you can buy one for just a little more than $20.

As these products demonstrate, we are still a long way away from getting a high-quality ornithopter drone. They are nice for playing around but are not quite as satisfying as any of the modern quadcopters and fixed-wing drones that crowd the market nowadays.

In 2021, quadcopter drone technology is so advanced that any innovation can really only result in marginal improvements. The same can also be said for fixed-wing drones. While these have proven to be very reliable technology, there is now very little space for further development.

For this reason, we find the research on ornithopters to be quite interesting. Unlike other drone types, there is still a lot of work to be done for ornithopters – and also a lot of untapped potential. A good ornithopter is basically the best of both worlds, combining the maneuverability of a quadcopter with the efficiency of a fixed-wing craft. There are still challenges to overcome but we’re optimistic that the technology could take off in time, both literally and figuratively.