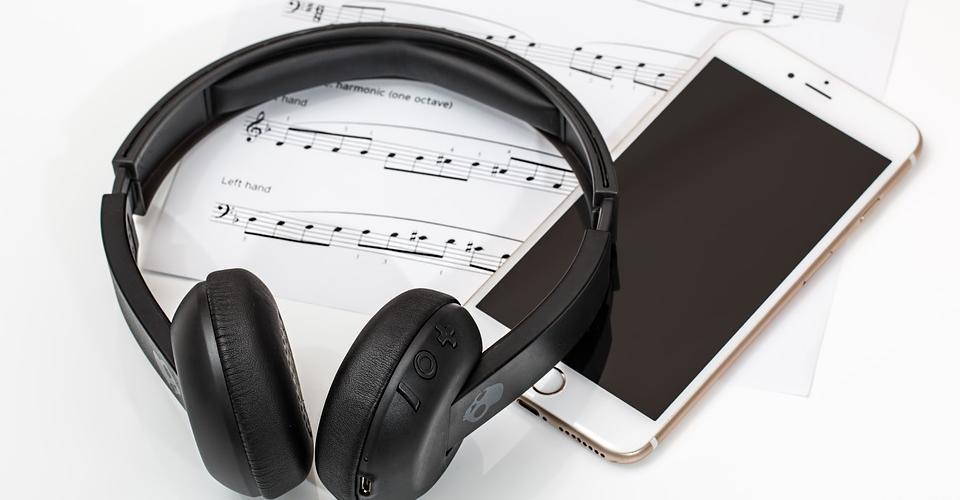 What is Bluetooth and How Does It Work?

by Joseph Flynt
Posted on June 6, 2019
17 Shares
3D Insider is ad supported and earns money from clicks and other ways.

Bluetooth has become one of the most ubiquitous technologies in our daily lives. We use it as a replacement for jumbled headphone cables, to send & receive files over short distances, and to control an increasing number of gadgets in our smart homes.

Bluetooth is so user-friendly and simple to use that it’s easy to forget how large a technological breakthrough it represents. In this article, we take a closer look at Bluetooth, its origins, and where the technology is today. You’ll also learn about the challenges Bluetooth still has to overcome and the important role in the smart home & IoT landscape Bluetooth has just begun to play. 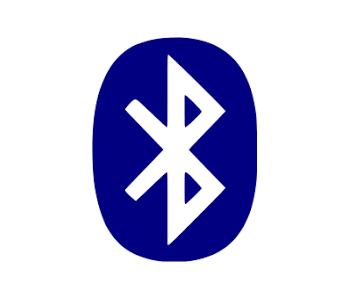 Bluetooth is a short-range wireless communication protocol that lets connected devices send and receive packets of data. These packets are transmitted via one of 79 channels spread throughout the industrial, scientific, and medical or ISM bands which range from 2.4 to 2.485 GHz.

Bluetooth devices establish a direct link to one another through a process called pairing. While pairing, one device acts as a slave and signals that it is ready to connect. The other device, usually your cellphone, is the master and scans for pairing signals until it finds one. The pairing process is automatic and quick, requiring you to only select the device you’re trying to link.

A single device can connect to seven more and either send or receive data. A master device can simultaneously act as a slave to a third connected device and vice versa. The connection between two or more Bluetooth devices is known as a piconet and behaves the same way as a computer network.

Each Bluetooth device needs to have a tiny radio to send and receive transmissions as well as software that translates received data into actual commands. This software is universal for all Bluetooth devices and makes them backwards compatible. You could have a decade-old hi-fi system and still be able to hook up brand new headphones to it through Bluetooth without any problems!

The amount of data exchanged through Bluetooth communication is low. Additionally, the connection doesn’t need to go through any intermediaries as the devices are so close. This means that there are no data transfer fees to pay, making Bluetooth entirely free for use.

Where is Bluetooth used? 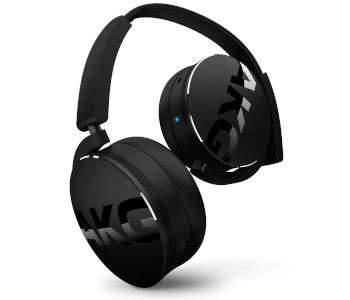 The idea that inspired Bluetooth’s inception was to find a way to get rid of headphone cables, but the technology has since grown exponentially. It is estimated that there will be more than 45 billion devices that use Bluetooth by 2020! Smartphones and laptops are the major contributors as each new model comes with a Bluetooth chip. Cars and hi-fi systems come with Bluetooth for over ten years as well. PCs usually don’t support it out of the box but can be upgraded with standalone dongles.

The IoT space is the newest yet fastest-growing segment of Bluetooth expansion. Using Bluetooth has become a convenient and energy-efficient way to communicate with lights, plugs, and even smart appliances.

How was Bluetooth created?

Bluetooth was conceived to solve an annoying problem – wires. Specifically, the engineers who first conceptualized the technology in the 80s wanted to create wireless headsets. It took Ericsson until 1994 to develop a working version of the technology and another 5 years for universal standards to be developed. The Bluetooth Special Interest Group or SIG was formed to that end. Its founding members were Ericsson, Intel, Toshiba, IBM, and Nokia. Today more than 35,000 companies are members.

The term Bluetooth refers to the nickname of medieval Danish king Harald Gormsson. It was chosen because Gormisson’s reign marked a time of consolidation and prosperity for Denmark. It expresses the desire to unite different devices and create a harmony between them. The characteristic Bluetooth symbol is actually comprised of two runes that stand for H and G, Gormsson’s initials. 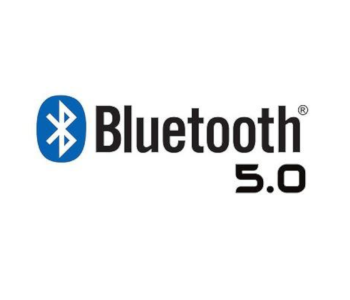 Bluetooth has grown in leaps & bounds ever since its inception. The first Bluetooth-enabled devices entered the market in 2000. They were equipped with Bluetooth 1.0c which had a transfer speed of 1Mbps, and its range was capped at 30 feet.

Bluetooth 2.0 came about in 2004. It had three times the bandwidth of its predecessor and was the first version where the creators began experimenting with reduced power requirements. Its theoretical range was also increased from 30 to 300 feet. Bluetooth 2.1 remains a common standard for high-end home audio equipment to this day since wireless headphones don’t need to be far away from the device.

The third version of Bluetooth was released five years later and focused on improving the bandwidth. It implemented the 802.11 transfer protocol, which increased transfer speeds by 8 times to 24 Mbps. The release of Bluetooth 3.0 marked a breakthrough in the adoption and development of wireless devices. It demonstrated that secure, speedy, and reliable wireless connection between nearby devices was possible. Bluetooth versions 1.0 to 3.0 are now collectively known as Bluetooth Classic.

One obstacle remained though – power consumption. Until the release of Bluetooth 4.0 in 2011, the technology was used mainly in devices like speakers you keep plugged in or headphones that could accommodate large batteries. Bluetooth’s fourth iteration introduced a new standard called Bluetooth Low Energy or BLE alongside improved versions of more power-hungry radios. Bluetooth Low Energy returns to a low 1Mbps bandwidth but uses drastically less power.

The advent of Bluetooth 4.2 when BLE became official is when the technology finally found an application in the IoT space. Reduced energy requirements meant that Bluetooth could now be added to devices that operate on coin cell batteries with little impact on power consumption. Motion sensors, fitness trackers, and a host of other smart gadgets could now communicate reliably and work for months or even years without needing a battery replacement.

Widespread adoption of Bluetooth meant that the focus of version 5.0 had to be on security. Bluetooth 5.0 was released in 2016. It featured a security overhaul and an increase in theoretical range limits to 1,200 feet. Bandwidth for BLE was increased to 2Mbps, but more importantly, throughput went from just 0.3 to 1.3 Mbps.

The newest version of Bluetooth is 5.1 and was released at the beginning of 2019. Even though it adds minor updates compared to the transition to version 5.0, some, like improved direction finding, are interesting enough to warrant mentioning. Bluetooth devices could previously judge distances between each other based on signal strength. This method was imprecise and couldn’t tell one device in which direction the other was. Bluetooth 5.1 allows for precise location information – a supported device can be pinpointed to within a few centimeters. This is great for finding lost phones but may see application in museums, hospitals, and anywhere else where you’d benefit from real-time directions. 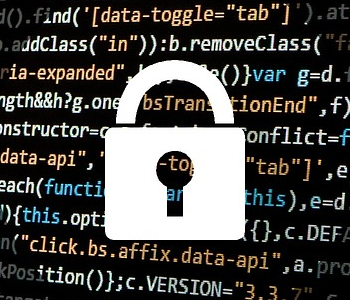 No wireless protocol is completely secure. That being said, Bluetooth has multiple safeguards in place that make it tough to crack. Limited range is its first line of defense. While a short communication range seems like a drawback, it is an effective security feature since it requires that someone attempting to hack your Bluetooth be in close proximity to it.

We mentioned above that Bluetooth operates on 79 frequencies. It was designed this way to minimize signal loss due to high traffic but also to improve security. Two devices will pair on one of these frequencies and then continuously switch to others in a fraction of a second. This makes it hard to determine which frequency is being used and provides an almost impossibly small window for a hacking attempt.

Bluetooth communication is encrypted. This means that sent data can’t be interpreted unless you have the means and permission to do so. Users have a say in the way their devices communicate too! You can manually designate a device as trusted while excluding others. For example, you can set it so that your smartphone will only communicate with your wireless speakers and reject communication attempts from non-approved devices.

There are steps you can take to increase Bluetooth security. The simplest is to never have Bluetooth on in the first place if you aren’t using it. Turning Bluetooth off when you’re away from home prevents attacks like bluesnarfing that send messages, e.g. contact information, to your phone without consent. You should also set the status of your phone to undiscoverable each time you pair it to a new device. Finally, consider upgrading both your phone and connected devices to models that support the latest Bluetooth version.

What are Bluetooth’s disadvantages?

Bluetooth’s most apparent disadvantage is limited range. Its base range of 100 or 400 feet depending on the version is significantly reduced the more obstacles there are between two devices that are trying to communicate. This also makes Bluetooth unusable underwater. Bluetooth shares its frequencies with 2.4 GHz WI-Fi. This leads to overlap and communication issues which get worse the more devices are using the range at the same time.

Bluetooth’s energy efficiency has been improving steadily, but that doesn’t mean that keeping Bluetooth on won’t shorten your phone’s battery life. Active Bluetooth radios continuously scan for others to pair with, so you should keep Bluetooth switched off to save power.

Bluetooth is a poor choice as a means of transmitting large files as its maximum theoretical transfer speed is 24 Mbps. It’s unlikely you’ll reach those speeds in a real-life setting. Even if you do, the speed you’re working with is adequate for the exchange of emails or text documents but too slow for transferring audio & video files.

Finally, Bluetooth’s backwards compatibility isn’t perfect. New devices that have radios based on BLE can’t connect to ones with Bluetooth Classic.

Is Bluetooth a good fit for your smart home?

Yes! The arrival of BLE and especially version 5.0 have made Bluetooth a worthy alternative to Wi-Fi and protocols like ZigBee or Z-Wave in controlling your smart gadgets. Bluetooth’s greatest advantage in that respect is that you don’t need a central smart hub to operate a device or create automation scenarios. The gadget’s app and your smartphone will do.

Smart gadgets based on Bluetooth are also the easiest to connect. All you need to do is turn on the gadget’s and your smartphone’s Bluetooth antennas, and they should pair in seconds.

Wi-Fi needs a central point or router to communicate with every device that connects to it. This means that communication is broken if the Wi-Fi is down. Bluetooth devices can arrange themselves into a mesh network which extends their range and relays signals even if one node has connection troubles. Such mesh networks are in their infancy at the moment but will soon let you mix & match smart gadgets from different manufacturers without worrying about compatibility or range restrictions.