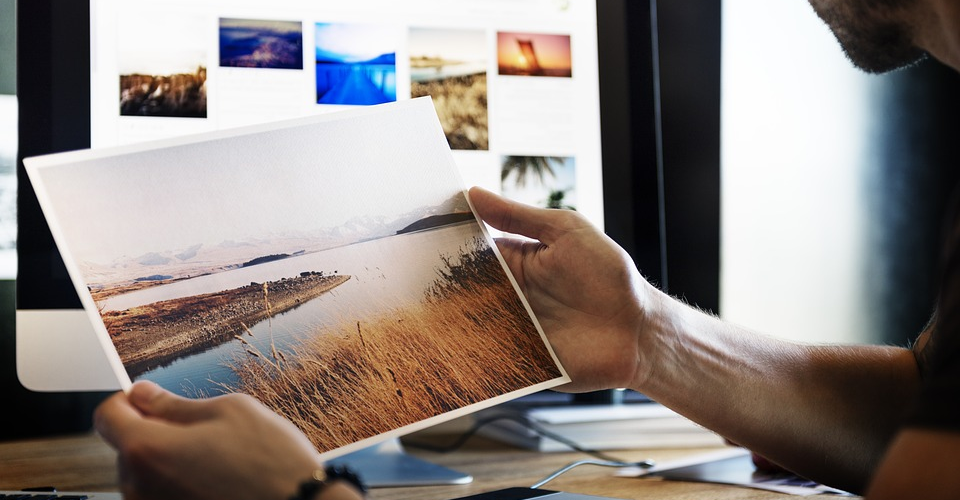 What is CinemaDNG? Should You Be Using It?

by Joseph Flynt
Posted on July 22, 2019
17 Shares
DJI has just released the Mavic Mini. See all of the specs here.

Professional photographers, whether they are using DSLRs or a drone, need to work through a myriad of technical issues to get their photos and videos looking just right. The format they choose when shooting can have a significant effect on how complex their workflow, to what degree they can customize their shots, and how future proof their files are.

If you’ve ever done any commercial photography work, then you’ve probably run into or heard of the CinemaDNG format. What is this format, and why do pros use it? Is it still the preferred format nowadays? 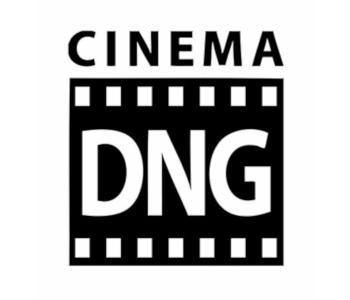 The CinemaDNG format was the result of an initiative of Adobe to create an industry-wide standard file format for digital video files. At the time, the photography community was besieged by lots of undocumented raw file formats, with each digital camera manufacturer seemingly coming up with their own.

The format started to gain acceptance by various companies and tech developers back in 2009. By making CinemaDNG an open file format, Adobe allowed third-party developers to read and write in the CinemaDNG file format. Naturally, software from Adobe Labs such as Premiere Pro or Lightroom fully supports the CinemaDNG format. In this regard, CinemaDNG was considered the most effective archival tool for raw video footage. Nowadays, there are already cameras (and even phones!) that offer the option of storing videos directly as CinemaDNG.

CinemaDNG has been considered an offshoot of the DNG file format, which is a standard raw image format that was also developed by Adobe. Each CinemaDNG file is basically a sequence of images in the DNG format. This means that, by shooting and storing files in CinemaDNG, you can get the same set of benefits in your videos as you would storing images in a raw image format.

Unlike DNG, however, there has been no effort by Adobe to submit the CInemaDNG to a standardization body for declaration as an actual, official standard file format. As we shall see later, it may already be too late for that.

Why shoot in RAW in the first place? 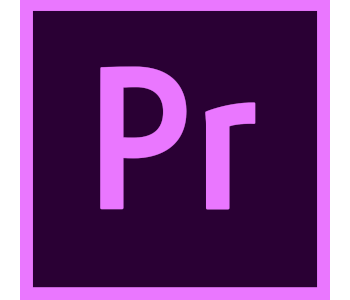 For most professional photographers, there’s hardly an argument that can be made against shooting RAW. When shooting in a RAW format, the image is stored without any processing done by the camera. Instead, the footage is stored as it comes directly from the camera sensor. By preserving as much information about the footage as possible, a RAW file contains more colors and has a wider dynamic range. It also offers the greatest degree of customization, giving you full control over color grading, white balance, and ISO settings, among others. The simplest analogy we’ve heard is that a RAW video is essentially a “digital negative,” something you can play around to get the results you want even after you’ve already shot the footage.

Shooting in RAW means doing a considerable amount of work in post-processing. You will need to use video processing programs such as Adobe Premiere Pro, Blackmagic Resolve, or ARRIRAW. The resulting RAW file will also be much larger – up to 18 times larger than a compressed file. This means that you will need to have hefty storage options in both your camera and your workstation. It also significantly lengthens your usual workflow, which may not be an option if you are working on video projects with a quick turnover.

The point is: if you’re a professional photographer who is not shooting in RAW, then you need to start doing so. Although it adds quite a bit of complexity, time, and additional costs to each project, the benefits of shooting RAW far outweigh the costs.

Benefits of storing files as CinemaDNG

If your camera shoots in RAW, you have the option of converting the files to CinemaDNG. Conversely, some cameras also offer the option of producing video files directly in the CinemaDNG format. Here are some of the reasons why you would want to store videos in CinemaDNG.

A file that contains a few minutes of RAW footage can be a few hundred GB in size. This means that you will need several terabytes of storage space if you intend to store any significant amount of RAW footage. Disk storage may be much cheaper now than it used to be, but the cost of several TB of hard drives can add up quickly.

Compared to the equivalent RAW file, a CinemaDNG file is much smaller. If you are converting a RAW file, you have a couple of compression options which will influence how much smaller the resulting CinemaDNG file will be. Even the most basic compression should result in at least a 50% reduction in file size. You can reduce this even further by specifying a total megapixel count and allowing for some losses during compression.

Although converting to CinemaDNG inevitably results in some compression, you have the option of embedding the original RAW footage into the same file. This is a great option if you want to preserve the original fidelity of the RAW video. Take note that using this option makes the resulting CinemaDNG file much bigger, which pretty much invalidates the item number 1 above. Still, this is a nice option that provides the cross-platform compatibility of CinemaDNG while still preserving the level of detail in the RAW footage.

Touted as one of the reasons why CinemaDNG was created in the first place, the file format was said to be the file format of the future. While storing in the RAW format may make your files unreadable in the future, the open format of CinemaDNG means that it can be easily adopted by any third-party software. Camera RAW and Lightroom also allows you to convert any of the more than 500 raw file formats into CinemaDNG.

Disadvantages of storing files as CinemaDNG

CinemaDNG has lost quite a bit of popularity in recent years because of the introduction of good alternatives. These other compression options have only served to highlight the limitations of CinemaDNG.

Converting your RAW video to CinemaDNG takes up a lot of time. You’ll also be needing a very powerful workstation with all the works – SSDs all around, at least 32 GB of RAM, and a quad-core processor. If you are working on a project that needs to be finished quickly, you might not have the luxury of time to convert your RAW footage to CinemaDNG.

2. Strips out some of the metadata

Not all of the metadata contained in a RAW file is recognized by Camera RAW or Lightroom. This means that you lose some of this metadata (such as Picture Control and Active D-Lighting, among others) when converting to CinemaDNG. While it’s possible for all the metadata to be preserved when you embed a CinemaDNG file with the RAW file, you again lose out on the benefits of file size compression that CinemaDNG is supposed to deliver.

By making CinemaDNG an open file format, Adobe’s vision for the future was for it to be adopted by all photography processing software. This did not turn out to be 100% true. A lot of brands, such as Nikon, Canon, Sony, Samsung, and Leica, have become huge enough to come up with their own proprietary file formats. Moreover, some post-processing software have also outright ignored the CinemaDNG format and do not read CinemaDNG at all.

Is CinemaDNG truly the file format of the future? 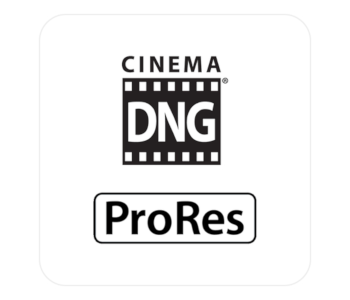 As to how true the claim of being the only “future-proof” file format is, this is one of the most heavily debated matters among professional photographers. The thing is, most software already have built-in support for RAW files. Doing away with this support might not be a good business move for photography software developers as it will only drive away existing users.

On the flip side, some big brands are starting to abandon CinemaDNG in favor of their own proprietary formats. Late in 2018, Blackmagic announced that they would discontinue CinemaDNG support as they have created their own RAW file format, called Blackmagic RAW. According to Blackmagic’s press release, this new file format combines the level of detail of RAW with the ease of use and compressed file sizes of more modern file formats.

The Apple ProRes compression format has also become widely popular as a more user-friendly alternative to CinemaDNG. While it is not a RAW file format, it offers much smaller file sizes while preserving a level of quality that is not significantly below the CinemaDNG format. It does not offer color grading options, and its framerate options are severely limited. However, the Apple ProRes format has proved to be user-friendly enough that it becomes positioned as the current industry standard.

The move made by Blackmagic and the increasing popularity of Apple ProRes may be signs of trouble for the CinemaDNG file format. While CinemaDNG is still widely used, it had not reached the level of acceptance that Adobe had forecasted back when it was first created.

Should you be converting your files to or shooting in CinemaDNG format?

Although the CinemaDNG format has not yet achieved the industry-wide level of acceptance that Adobe has designed it to be, it’s still heavily favored by professional photographers and filmmakers. The added complexity, time, and costs of working with CinemaDNG are considered barriers to its use.

1. If you are shooting videos for movies or broadcast TV…

CinemaDNG still offers superior color grading, white balance, and framerate customization in a highly reduced file size. These factors alone make CinemaDNG highly preferred in professional applications. The workflow is much more complex and is typically something that only pros will bother with. If you have the cash for a more expensive setup (including both the hardware and the software), then by all means – work with CinemaDNG.

2. If you are shooting videos for uploading to YouTube…

For more casual use of videos, such as for uploading online or for selling to real estate advertising, you may want to defer to a format with a simpler workflow, such as Apple ProRes. ProRes can create more compressed files without suffering from excessive artifacts. However, it does not have as dynamic a color range, which means you will be much more limited in terms of color grading.

If you do any sort of professional photography, then shooting in RAW is practically a given. It creates a ton of additional work, but even just having full control of color grading is what separates pro-level filmmakers from all the rest.

For what it’s worth, the CinemaDNG file format was a great idea back when it was first introduced by Adobe. It created a standard that made sense of dozens of proprietary RAW file formats that were very problematic at that time. However, the position of CinemaDNG as a standard across the industry has become threated by various factors, chief of which is the introduction of codecs that are easier to work with, perform better, and are cheaper.

CinemaDNG isn’t likely to fall into obsolescence. It’s still a heavily favored RAW format in many professional circles, as the control it offers in terms of color grading and framerate is still unequaled. The landscape of the filmmaking industry may have changed, and CinemaDNG isn’t going to be ruling over it anytime soon. It still has its place in the industry, though, and there are still a couple of very good reasons for shooting and storing your videos in CinemaDNG.