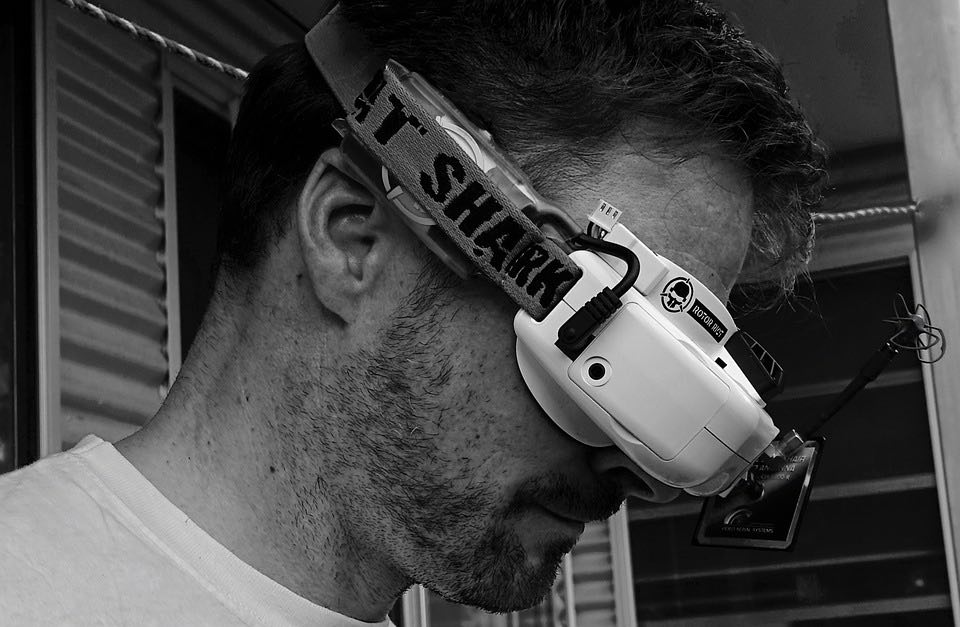 by Joseph Flynt
Posted on September 8, 2017
7 Shares
3D Insider is ad supported and earns money from clicks, commissions from sales, and other ways.

If you’re up to date on the latest lingo being used in drone-flying circles, you’ve doubtless heard the acronym FPV being thrown around. If you’ve ever wondered what it means and how it relates to drone flying, here’s a quick guide:

FPV stands for First Person View. It refers to a style of drone flying where you view the world through a camera fitted onto the drone, and use that ‘first person’ perspective to fly the drone.

This style of flying is in marked contrast to third person view drone flying, where the pilot keeps a watch on the drone from a stationary position on the ground while flying it. Let’s take a look at what FPV drone-flying entails.

You Get an Intimate Perspective 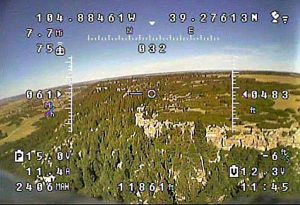 If you’ve ever flown a drone to high altitudes or across long distances, you will have noticed how it becomes increasingly harder to control the machine’s flight path the further away from you it gets. This is because as the distance increases, it becomes more difficult to accurately judge the distance and angle of the drone’s flight pattern. If you’re flying in crowded areas, like a jungle or in company with other drones, it becomes very difficult to make swift turns and bends to avoid other objects in the air.

It was primarily to address this problem that the FPV system of navigation was first brought about. When you’re watching the flight from the drone’s perspective, the piloting experience becomes much more like that of an airplane or helicopter. No matter how far away the drone goes, your view of its surroundings remains unaffected, leading to far greater control over the flight pattern.

Make sure to always fly your drone safely and follow all FAA rules.

You get an Immersive Experience

Standing on the ground watching your drone take flight, you can’t help but feel a marked disconnect from the flying experience. In regular airplanes and helicopters, the pilot sees the world from inside the machine, strengthening the feeling of being one with the machine.

With FPV, the same level of immersion is experienced by the drone pilot. You can either watch everything that the drone sees on a screen in your hand, or wear special glasses which broadcast a live feed from the drone camera directly onto a lens. This creates the impression that you are flying on top of the drone, in such an immersive manner that no 3D film theatre watching experience can mimic the feeling.

It’s like being in the helicopter flying closely along canyon walls in many National Geographic IMAX films. It’s a beautiful experience.

FPV is popular in the drone racing community. It takes some time to master, but it lets you get much more control over the quadcopter after training. 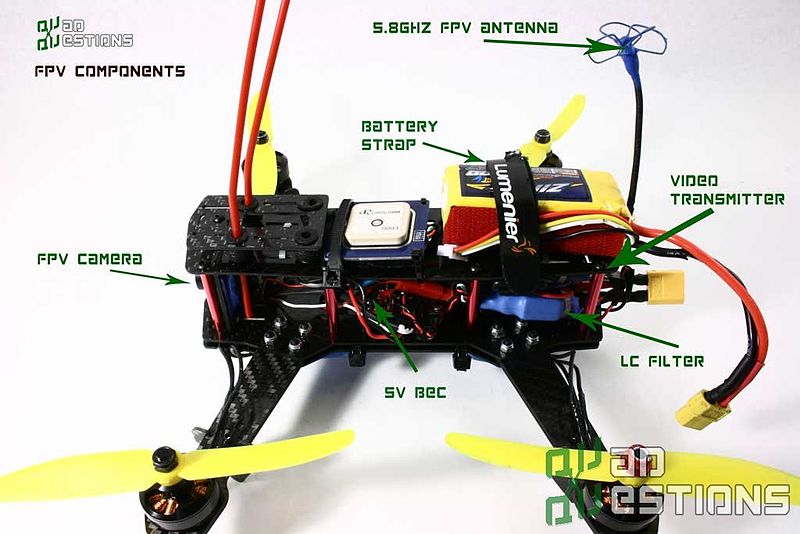 There are a number of add-ons you can make use of to get the FPV experience that works best for you. These add-ons include:

If you’re looking for a first person view of your drone’s flight, you will need to install an extra camera on your drone in addition to the one you may currently use to take pictures.

An FPV camera is usually installed directly in the centre of the front of the drone, since this is the best position for flight navigation. The good thing about the camera is that it not only provides a continuous, real-time feed of the area in front of the drone, but it can also be used to capture photographs and record video.

If you already have an HD camera (such as a GoPro) on your quadcopter you can use it for FPV. You just connect it to the transmitter to get a live video. The problem is that there are latency issues with many generic cameras. Latency is usually around 100 – 200 ms (milliseconds) which can be a problem for those interested in high-speed racing.

High speeds exaggerate latency problems. If you fly fast your drone could go 10 feet before the video catches up. This can lead to ugly crashes. Specially designed FPV cameras will reduce latency to around 40 ms.

It’s worth noting that high resolution cameras with 4k will often have more latency problems. This is because they have more data to process before transmitting it. Again, if you fly at low speeds it won’t be a problem.

If you’re looking for the most immersive first-person experience, you will want to spring for FPV glasses. As has already been mentioned, you get a direct feed from the drone camera onto the lens of the goggles.

It allows you to give your full concentration to the view from the drone without getting distracted by whatever is going on next to you on the ground.

You also have the option of foregoing the glasses and using a screen display instead. The advantage of this method of flying is that you are able to combine the third person view from the ground with the first person view available on the screen in front of you. It allows you to make more accurate estimates of the drone’s position in the air, resulting in more precise flight patterns.

These are the two components that connect the drone camera with the display device in your hand, like an extremely long invisible string tying the ends of two cups together.

Make sure that whichever transmitter/receiver combos you purchase are compatible with each other, as well as with the device you’re using. Obviously, spending money to get a good transmitter and receiver is wise since this will be the limiting factor for good FPV.

FPV allows you to fly your drone further away than ever without worrying about being able to control the flight. Since the drone is further away, you will want to get an antenna which amplifies the signal from your transmitter so it can reach the drone camera. This creates a continuous, uninterrupted wireless video feed connection between your controller and the drone camera.

So which view is better? It depends. Some people find FPV too fast and distracting, which makes it harder to control the drone, while others welcome the first person perspective and use it to carry out some truly mind-boggling stunts in mid-air. Ultimately, it is up to you to decide whether FPV is something that can help make you a better drone pilot.