What is G-Sync and how does it work?

by Joseph Flynt
Posted on February 28, 2019
17 Shares
3D Insider is ad supported and earns money from clicks, commissions from sales, and other ways.

Launched in 2013, G-Sync is an adaptive sync technology that synchronizes the display to the graphics card output for smoother gaming performance. Developed by Nvidia, it eliminates screen tearing, which is when the display is showing two or more frames at the same time, resulting in a distorted image with an unsightly horizontal line or “tear” across the screen.

G-Sync is different from Vertical Synchronization (VSync) – it adapts the display refresh rate to the graphics card output instead of the other way around. And more importantly, it eliminates screen tearing without sacrificing input lag, which is important in competitive games. Moreover, G-Sync is a hardware solution that requires a proprietary module from Nvidia, which is why G-Sync monitors are significantly more expensive than standard monitors.

Compatible with the Nvidia GeForce GTX 650 Ti Boost and later graphics cards, G-Sync only works over DisplayPort and does not support AMD graphics cards. Nvidia is also strict when it comes to the implementation of G-Sync, working closely with display manufacturers to ensure all G-Sync monitors are up to snuff. 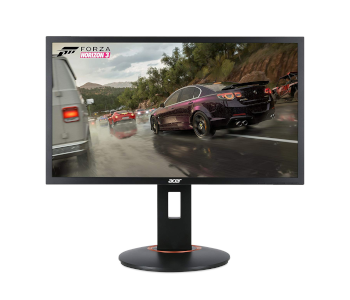 As mentioned, G-Sync will only work with Nvidia graphics cards, and that’s not likely going to change anytime soon. So what if you own an Nvidia graphics card and want to use adaptive sync but can’t afford G-Sync monitors? Well, that’s where G-Sync Compatible monitors come in.

At CES 2019, Nvidia announced that certain Nvidia graphics cards will be supporting monitors equipped with FreeSync technology – AMD’s take on adaptive sync. And on January 15, 2019, that became official, with Nvidia releasing the required driver that will allow for variable refresh rates in FreeSync monitors when connected to GeForce GTX 10-Series and RTX 20-Series graphics cards. But like with G-Sync monitors, the feature will only work when the monitor is connected via DisplayPort.

Here’s the catch: As of this writing, there are only a few G-Sync Compatible monitors officially supported by Nvidia. Of the 400 monitors the company tested for certification, only 12 models made the cut – including the Acer XFA240, the Asus XG248, and the BenQ XL2740. The good news is that, even if your FreeSync monitor is not among the chosen 12 monitors, you can still try if the feature will work – it may work, it may work partly, or it may not work at all, according to Nvidia.

While not as premium as the real deal, G-Sync Compatible monitors are good options if you can’t afford to buy G-Sync displays – including the ones considered as budget options such as the Dell S2417DG. Since they are simply FreeSync displays at heart, G-Sync Compatible monitors don’t sell for a premium price. The Acer XFA240, for instance, sells for less than $200, which is an accessible price point for gamers who have a tight budget. 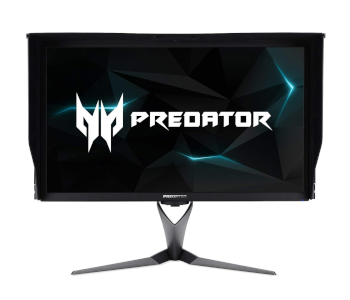 Formerly called G-Sync HDR, G-Sync Ultimate is basically G-Sync with HDR. G-Sync Ultimate monitors are extremely high-end monitors that feature true HDR support, with 1000 nits peak brightness and wide color gamut support, to go along with the usual perks of G-Sync. They are a lot more expensive than regular G-Sync monitors, which is really saying something.

For example, the Acer Predator X27, one of the best IPS monitors currently out on the market, is a G-Sync Ultimate monitor that sells for around $2,000. The same goes for the Asus ROG Swift PG27UQ, which uses the exact same AU Optronics panel as the Acer Predator X27. At the moment, there aren’t many G-Sync Ultimate monitors on the market, so don’t expect to see a lot of options to choose from.

G-Sync and FreeSync are essentially the same in terms of functionality, but they are implemented differently. Yes, the former is considered the more premium of the two, but that doesn’t automatically mean it’s the better tech. To wrap up this article, we’ll discuss some of the most notable areas where the two technologies are different.

Connectivity: G-Sync monitors typically offer just one DisplayPort and one HDMI port for video input, with the adaptive sync tech limited to the former. Some G-Sync Compatible monitors offer more input options, but as mentioned earlier, adaptive sync is only supported via DisplayPort. FreeSync monitors are more versatile regarding connectivity, with some models still offering legacy ports for compatibility with older computers. It’s up to the manufacturers how many input options they want to include. Moreover, FreeSync is supported over both DisplayPort and HDMI, the latter of which is great if you own an Xbox One console.

Pricing: G-Sync monitors are more expensive than FreeSync monitors. They require proprietary hardware from Nvidia, which drives up the price. It’s not uncommon to see a G-Sync monitor selling for more than $500. G-Sync Ultimate monitors, as mentioned above, are even more expensive, which makes them out of reach for most people. But G-Sync monitors offer a more premium gaming experience, with consistent performance.

FreeSync monitors don’t require proprietary hardware to be installed in the monitor. They are significantly cheaper, with many models selling for around $200 or less. On a related note, there are also more FreeSync monitors on the market than G-Sync monitors, giving you more options to choose from when building your gaming PC.