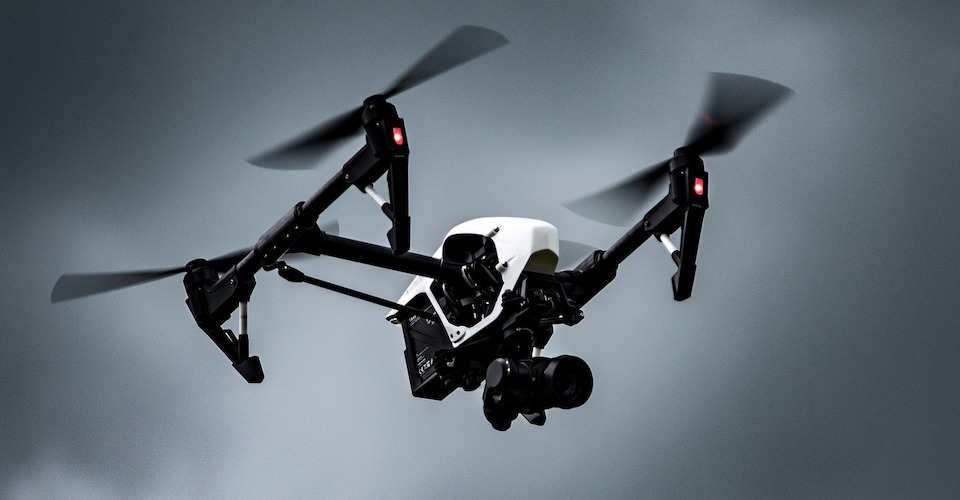 What is a Section 333 Exemption? Part 107 Comparison

by Joseph Flynt
Posted on April 20, 2019
19 Shares
3D Insider is ad supported and earns money from clicks, commissions from sales, and other ways.
DJI has just released the Mavic Air 2. See all of the specs here.

From drone filmmaking to drone-based precision agriculture techniques, the contribution of drone technology to the nation’s economy has become more significant in the past few years and is expected to continue to grow. On the flip side, the increasing number of drones have also resulted in public concerns on safety and invasion of privacy. The FAA plays the unenviable role of regulating drone use while still ensuring that the restrictions they implement do not hinder the growth of commercial drone applications.

What is Section 333 anyway?

The first Section 333 exemption was granted in September 2014 to a film crew that was using a drone for closed-set filming. More recently, Section 333 was repealed by the 2018 FAA Reauthorization Act, replacing it with the Special Authority for Unmanned Systems. The new legislation serves essentially the same purpose. Although the Special Authority for Unmanned System is more accurately referred to as the 49 USC Section 44807, most references and authorities still refer to it as Section 333. For clarity’s sake, we shall continue to refer to it as Section 333 in this article.

How can I get a Section 333 exemption?

All applications for a Section 333 exemption need to be filed using the online Federal Docket Management System. The FAA recommends that all petitions be filed 120 days before the exemption is required.

When assessing a petition, the FAA will likely look for details that focus on how an unmanned aircraft can be safely operated within national airspace. The following list summarizes the most important details you need to include in a petition for a Section 333 exemption.

Take note that operating a drone with a Section 333 exemption will still require a blanket COA from the FAA, at the very least. A “blanket” COA is enough for operations below 400 feet. Beyond this altitude, a drone pilot will need to apply for a “full” COA.

How is it different from a Part 107 license?

While getting a Section 333 exemption involves providing a detailed description of the drone operations and waiting for the FAA to approve your petition, the process for getting a Part 107 license is faster and much more streamlined. To get a Part 107 license, the drone pilot only needs to pass a 60-item multiple choice knowledge test which covers several aspects of drone flight such as meteorological conditions, interpreting sectional charts, drone loading, and airspace classifications. Instead of the 120 days that it typically takes to get an approved Section 333 exemption, the whole process of getting a Part 107 license can be completed within a month.

In addition to the faster approval process, the Part 107 rules are a little less restrictive compared to a Section 333 exemption. However, this might be irrelevant, as Section 333 exemption holders are eligible for “grandfathered” compliance with Part 107, as discussed in more detail in the following section.

There are also a few restrictions that are exactly the same in both the Part 107 license and Section 333 exemption. For instance, drone operators are still required to maintain visual line-of-sight at all times. Both standards also prohibit drone flight over non-participating people, or in restricted airspace without prior permission from air traffic control (ATC).

Do I need a Part 107 license if I already have a Section 333 exemption?

When the Part 107 rules were enacted, the FAA was careful to protect entities and individual who had already been granted Section 333 exemptions from having to apply for another certification. Thus, Section 333 exemption holders were effectively “grandfathered” into compliance with the new Part 107 rules. After all, these exemption holders had already gone through the FAA’s vetting process that ensured that their operations did not pose a safety or security risk.

Is a Section 333 exemption better than a Part 107 license?

Despite the complexity of petitioning for a Section 3333 exemption, there are still many drone operators who are willing to go through the process. What are the advantages of a Section 333 exemption that cannot be gained by a Part 107 license? And how much harder is it to get the exemption?

One scenario that is non-negotiable according to the Part 107 restrictions pertains to the use of drones heavier than 55 lbs. This may be necessary for high-end commercial applications such as mapping surveys that use heavy payloads mounted on large and powerful drones. For professional drone pilots that need to use such drones, there is no option but to get a Section 333 exemption.

A huge advantage of applying for a Part 107 license is the easier application process. All it takes for anyone to sign up for the Part 107 knowledge test is to be at least 16 years of age, have a valid government-issued ID, be of sound physical and mental state, and pay the $150 testing fee. Of course, you also need to pass the knowledge test.

What makes the application process for a Section 333 exemption is the requirement to provide a detailed account of the drone you will be flying, the drone operations you intend to conduct, and the time and place for your intended operations. Under Part 107, the FAA does not care about the training you have been through, or the lack thereof. Although not stated explicitly, you have a better chance of getting a Section 333 petition approved if the PIC has an airman certificate or has been through a formal training program.

The Section 333 exemption also requires that the PIC be of sound physical and mental state, and this must be supported by an official medical certificate. Under Part 107, a pilot’s state of well-being is determined only by self-assessment.

The approval and vetting process for a Part 107 license has been streamlined due to its lessened requirements, shortening the approval period to around 1 or 2 months. On the other hand, the FAA recommend a lead time of at least 120 days for a Section 333 petition before the date that the exemption will be needed.

The complicated set of requirements of a petition typically results in the FAA having to contact the petitioner to ask for additional details. This leads to more delays and an even longer approval period. There have been accounts of Section 333 petitions getting held for up to 6 months before getting approved.

Over the years, legislation regarding drone use has been developed, repealed, and revised numerous times. The landscape of commercial drone use, as well the ever-evolving technology, means that lawmakers often must play catch-up. For a long time, Section 333 of the FAA Modernization and Reform Act of 2012 was the only recognized authority when it came to drone use. However, the introduction of the FAA Part 107 rules for Unmanned Aerial Vehicles made the matter a little more complicated.

Right now, multiple standards are still set in place and are being implemented for different types of commercial drone applications. However, it is clear that the FAA intends to consolidate all existing standards under the Part 107 rules in the next couple of years. Just as in the last few years, we expect major changes to drone legislation in 2019 and beyond.