What’s the Difference Between Wi-Fi Boosters, Repeaters, and Extenders?

by Joseph Flynt
Posted on February 14, 2020
19 Shares
3D Insider is ad supported and earns money from clicks, commissions from sales, and other ways.

We’ve become so dependent on Wi-Fi nowadays that it feels like a secondary bloodstream that’s constantly feeding information to our senses. Without a Wi-Fi connection, we feel naked, and as if there’s a part of us that’s missing.

Our dependence on Wi-Fi is limited by the fact that it simply isn’t available everywhere. Even within a household, the Wi-Fi signals from a single router may not be able to penetrate across some of the remote spots. If you’ve ever tried solving this problem, then you’ve probably heard of Wi-Fi booster, repeaters, and extenders. What are they and how are they different from each other? Which one should you get?

What is a Wi-Fi booster?

From its name, we can assume that a Wi-Fi booster provides a “boost” to your Wi-Fi signal. It is a device that amplifies existing signals to extend the coverage or quality of a Wi-Fi network. Old-fashioned signal boosters simply plug into an existing wireless router and amplify the signal via a stronger antenna.

There is some ambiguity in what the purpose of a Wi-Fi booster exactly is because even Wi-Fi repeaters and extenders are sometimes referred to as “boosters.” Nowadays, however, you will rarely find a product that’s branded as a “Wi-Fi booster.” This is mostly because of the improvements in wireless router technology, making them capable of emitting more powerful signals.

Instead, the term is now used as a catch-all category for the more appropriately named Wi-Fi repeaters and extenders. Compared to Wi-Fi boosters, repeaters and extenders are still necessary because of the inherent limitations of wireless technology. With that out of the way, we can define what makes a Wi-Fi repeater different from a Wi-Fi extender.

What is a Wi-Fi repeater? 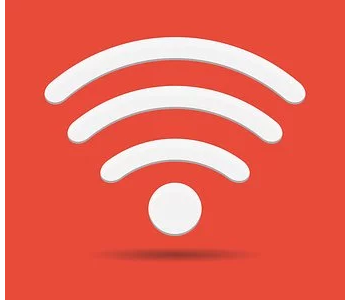 A Wi-Fi repeater, sometimes also called a network repeater, receives an existing signal from a wireless router and rebroadcasts it to create a secondary network. Just as with any Wi-Fi booster, the primary purpose of a repeater is to extend the coverage of a Wi-Fi network. Thus, it practically acts as a secondary router.

To set up a Wi-Fi network with a repeater, you must place the repeater in a location where it can receive signals from your wireless router. You will then have to access the repeater via a computer to input your network’s log-in credentials. This allows it to connect to your wireless router while also creating a secondary network outside of the range of the network of the first router. You can also set separate log-in credentials for your Wi-Fi repeater.

1. Subject to limitations of wireless signals

A Wi-Fi repeater relies solely on wireless technology. It needs to be able to receive wireless signals from the router and broadcasts another secondary wireless network. Although this is convenient, it also means that Wi-Fi repeaters are vulnerable to the numerous limitations of wireless communications.

The Wi-Fi repeater needs to be placed at a location where the surrounding structure does not limit its capability to receive and transmit wireless signals. It also has to be located away from other electrical devices, as these can emit electromagnetic signals that can interfere with the Wi-Fi signals that the repeater needs to receive and transmit.

2. May result in a loss of bandwidth

A Wi-Fi-repeater is basically a device that contains two routers. One router receives the signal from your wireless router, while the other transmits the signal for the secondary network. If your repeater only has a single band, then this effectively results in a 50% drop in bandwidth. This is quite a palpable downgrade, especially if you use your Wi-Fi network for demanding applications.

It’s possible to get a dual-band repeater that has dedicated channels for both receiving and transmitting Wi-Fi signals. Although the bandwidth loss in such a setup isn’t anywhere near 50%, there will still be some drop in performance. As you would expect, a dual-band repeater is slightly more expensive.

One of the best reasons for using a Wi-Fi repeater is its ease of installation. You basically only need to find a spot in your household or outdoors where the repeater can still receive signals from your wireless router. The spot also needs to have a nearby electrical power supply. Finding such a spot should be pretty easy. Nowadays, most repeaters are small devices that plug directly into an electrical outlet.

The price may vary from one brand to another, but Wi-Fi repeaters are generally inexpensive. You probably won’t need to spend more than $30 for a high-quality Wi-Fi repeater that’s easy to set up.

What is a Wi-Fi extender? 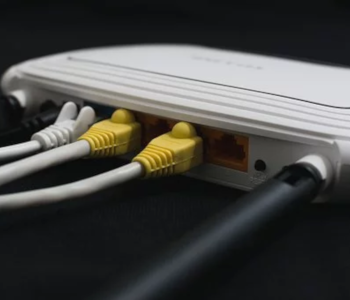 A Wi-Fi extender, as its name implies, also serves to extend the coverage of your Wi-Fi network. However, a Wi-Fi repeater also has the exact same purpose. So, what makes a Wi-Fi extender any different?

The answer is that a Wi-Fi extender relies on a wired connection to your home network via an Ethernet cable to create its own secondary network. In older households, the network can be extended using coaxial cables.

By connecting to your original local network, a Wi-Fi extender effectively doesn’t create a new network. It quite literally only extends the coverage of your local network by acting as a secondary router. Compared to Wi-Fi repeaters, the benefits and disadvantages of using a Wi-Fi extender are as follows:

Since a Wi-Fi extender connects to your local network via a wired connection, it is not subject to signal dropouts that are typical with Wi-Fi repeaters. You also don’t need to worry about interference from other routers or nearby electrical devices. Basically, your connection with a Wi-Fi extender is just as solid as the one on your primary wireless router. For this reason, Wi-Fi extenders are more preferred in places with dense building materials or a high number of sources of wireless interference.

Since Wi-Fi extenders connect directly to the local network, they suffer virtually no signal loss. This means that you get to enjoy the maximum bandwidth of your local network, wherever you may be in your household or workplace. This can be particularly important for professional users who need an Internet connection that is as fast as possible.

The reliance of a Wi-Fi extender on a wired network connection makes it much harder to install and set up than a Wi-Fi repeater. If your chosen spot doesn’t have a convenient Ethernet port nearby, then you might have to lay down several meters of Ethernet cables just to extend the coverage of your local network. You’ll also need to have a nearby power supply. In any case, a Wi-Fi extender isn’t quite as “plug and play” as a Wi-Fi repeater.

Whether you’re looking for a Wi-Fi extender or a Wi-Fi repeater, it’s worth noting that these two terms are used interchangeably by a lot of brands and retailers. A lot of “Wi-Fi extenders” in the market are actually plug-and-play devices that work more like repeaters. To make sure that what you’re buying will fit your requirements, it’s best to look at the specifications of the product.

For the purpose of this article, however, we’re sticking to your definitions. Here are the factors to consider when choosing between a Wi-Fi repeater or extender:

Get a Wi-Fi repeater if…

You need to extend your network to inconvenient or unconventional spots

The ease and versatility of setting up is one of the best characteristics of a Wi-Fi repeater. You can simply choose an electrical outlet in your house where you can still get reception from your local Wi-Fi and plug in the repeater. You can finish the whole set up in just five minutes.

A Wi-Fi repeater is particularly suitable for extending your network coverage to areas where it is simply impractical to run a wired connection. This can include outdoor spaces and isolated areas in your house.

You can deal with the bandwidth drop

Even if you get a dual-band Wi-Fi repeater, you will almost certainly experience a bandwidth drop on the secondary network. This is unavoidable, so you must be sure that you can live with the reduced data speeds. If you use your wireless network mostly for mobile surfing, then this shouldn’t be a big deal.

Get a Wi-Fi extender if…

You need a stable and fast network connection

A Wi-Fi extender hooker up via a wired connection is the preferred choice for companies and other professional users. Even though Wi-Fi extenders are expensive and can take a bit of work to set up, the stability of the wireless network it provides is well worth it. A Wi-Fi extender is also the better choice if you need a secondary network that is as fast as possible.

You don’t mind the extra work to set it up

Setting up a Wi-Fi extender certainly feels like setting up a whole secondary network. You’re going to need quite a lot of cables, run them along neatly, and set up log-in credentials in your extender. Of course, you’ll have to supply power to the extender, as well. It’s a lot of work, especially if you need to set up multiple extenders in a large office or workplace.

Just about everything is done wirelessly nowadays, but there is a mortal enemy that wireless technology hasn’t quite beat yet – distance. For large spaces with several structural barriers, a single wireless router may not be enough to provide stable and fast network access to everyone. If this is a problem you’re encountering, then you’ll need to get either a Wi-Fi repeater or a Wi-Fi extender.

Both repeaters and extenders have the purpose of extending the coverage of your local network. They take different approaches towards this goal, with each method having a set of advantages and disadvantages.