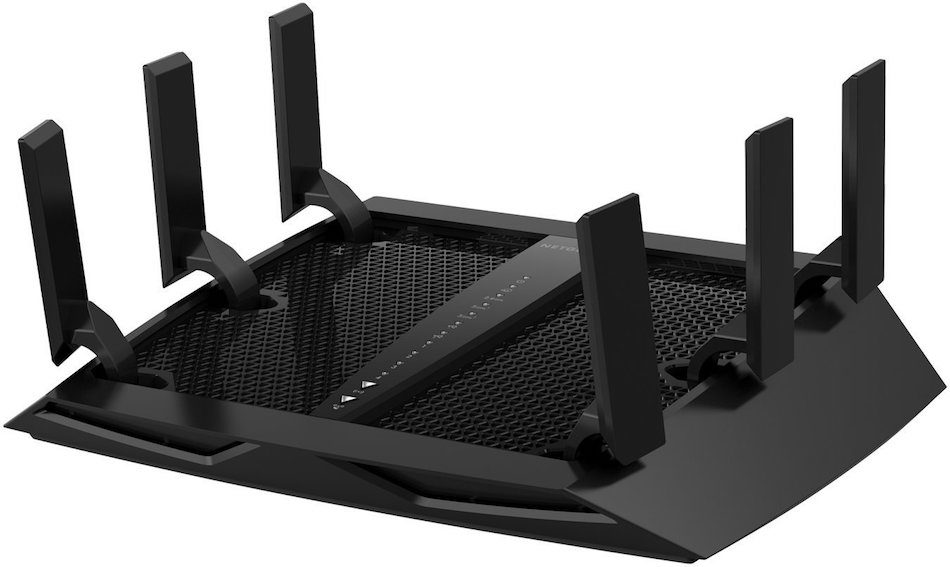 by Joseph Flynt
Posted on November 26, 2017
11 Shares
3D Insider is ad supported and earns money from clicks and other ways.

Cyber Monday is the best day of the year to pick up a WiFi router for cheap. You can save up to 40% on some models.

This tri-band router is a beast. It has one 2.4 Ghz and two 5 Ghz channels. It has six antennas to maximize coverage and it can handle up to 3.2 gigabytes per second. This is the router for you if you want speed and the ability to handle a lot of traffic.

The NETGEAR Orbi system is designed to eliminate dead zones in your house. This system normally retails for $399, but it is on sale for just $279.

This two pack can cover up to 5000 square feet. It it basically a router plus a WiFi extender in one package. It has three bands and the 5 Ghz channel is dedicated for the router and the range extender to communicate. This router can deliver speeds up to 552 Mbps.

Those looking for a cheap router to get the job done should take a look at the TP-Link AC1200. This router is on sale for just $44, down $30 from its retail price.

This router has the latest 802.11Ac standard that is a lot faster than the previous protocol. Most new devices support this protocol so your devices will be fast on this router. This router has 1.2Gbps of total available bandwidth.

This router has almost 30,000 reviews on Amazon with mostly positive feedback.

The eero Home WiFi system is selling for $50 off at $249. This package consists of 1 router and a beacon. The beacon is basically a range extender and it simply plugs into an outlet in a room and automatically connects.

The new eero is a tri-band system thanks to the addition of a 5 Ghz channel. It is also twice as fast as its predecessor. This is a good router for people who want something that is easy to setup and use. There’s an app that will guide you through the very simple installation process.

The Linksys Velop system is selling for a $100 discount at $399. The sustem is a three pack that can cover up to 6000 square feet.

The Linksys Velop is very similar to the eero and Orbi systems. The main difference is that you get another range extender which is extremely helpful in larger homes. If one node goes down in the network, the other two will continue to work and provide you with coverage.

The Linksys AC1900 is the last router that we will look at. This is a great router that is selling for $129 for Cyber Monday. That’s an 18% discount from its retail price.

This router has everything that you need to bring fast Internet to your home. You can connect your 4K TV, gaming console, or laptop to one of the four Gigabit Ethernet ports for fast transfer speeds. It has three antennas which is enough for a medium sized home. It can handle up to 1.9 Gbps of traffic. It has next generation 802.11ac built into it, which means that it should last you for a few years.

Cyber Monday is likely your last chance for the year to get a big discount on a WiFi router. There are some really awesome systems for sale that are fast, stable, and have phenomenal range.