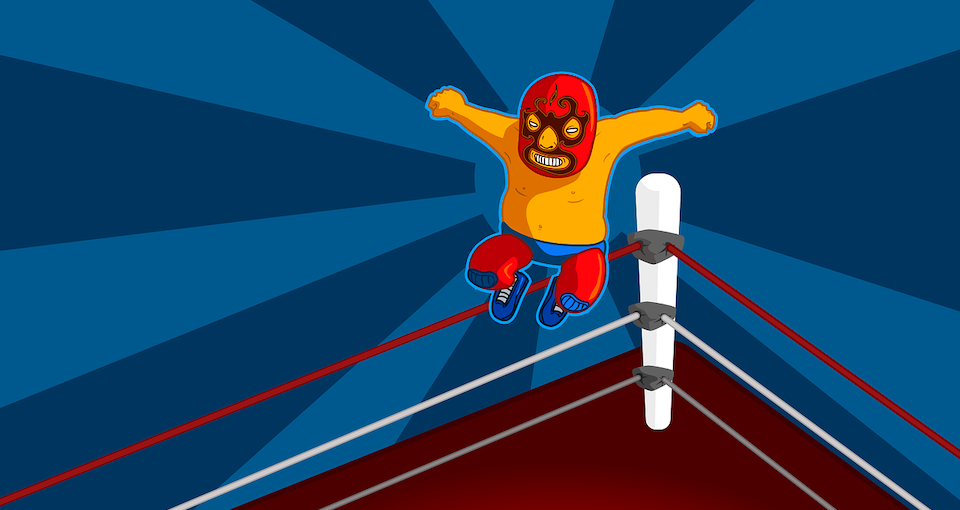 by Joseph Flynt
Posted on July 31, 2018
13 Shares
3D Insider is ad supported and earns money from clicks, commissions from sales, and other ways.

We all love WWE, and if you have followed the stories at any point, then you’ll believe when I say you never want to miss any of the subsequent action. Thankfully, you don’t have to. There are quite a number of ways of streaming WWE using various WWE Kodi addons.

Kodi not only offers streaming of movies and TV Shows, but the program supports streaming of all major sports around the world, including WWE. The fact that the software is open source has invited many developers from all over the world, which in turn means more streaming alternatives.

There are various addons that you can use to stream WWE on Kodi. Most of them offer both live action and on-demand content. With Kodi, you can get all WWE events like Smackdown and RAW. You can even live-stream PPV events like Summerslam, Money in the Bank, Extreme Rules, and Wrestlemania among others.

In this Kodi guide, we’ll show you how to watch WWE on Kodi, using both official and third-party WWE Kodi addons.

The use of WWE third-party Kodi addons is prohibited in most regions. This is because they illegally allow users to watch copyrighted content that should otherwise be paid for. Streaming such content can therefore get government agencies and copyright groups hot on your heels for copyright infringement.

There have even been cases of people facing legal charges for using Kodi addons like this. It is advisable to use a VPN for privacy and security whenever streaming on Kodi. Private Internet Access is the VPN I would recommend at this point, with it being top-notch but still super affordable. The VPN also offers superb speeds to let you stream in HD.

We do not recommend viewing or downloading copyrighted material without permission. This guide is for informational purposes only.

The biggest challenge with WWE Kodi addons is that they tend to disappear, thanks to the growing attention on third-party addons by copyright holders. Some of the biggest hits to WWE on Kodi fans have been the closure of the Wrestling on Demand Kodi addon, the Duck Shit Kodi addon, and the Wrestling Inc Kodi addon. We will however try to keep this guide updated, and you can let us know in the comment section if any of the WWE Kodi addons listed here doesn’t work for you.

After the closure of the above addons, this is arguably the best bet for free WWE action. The Men in Tights Kodi addon brings you superb WWE. The addon is regularly updated with new videos, and WWE events are posted almost immediately they are aired.

With the addon, you can watch the latest episodes of Smackdown, Raw, and NXT. All PPV events are also available, with each video on this addon having multiple sources. You can even watch other WWE network programs like Total Divas, Ride Along etc. The addon has a search tool to simplify your navigation.

The addon not only offers WWE events but also many short videos all about WWE. It scrapes these videos from many sources all over the internet, with YouTube being the main source. If you love the fighting and wrestling sport, then this is a must-have Kodi addon.

WWE Network has a third-party Kodi addon. However, this add-on does not work without an official subscription. The addon is therefore only suitable if you are willing to spend some cash for legal streaming. WWE streaming services start at $9.99 per month, and you get to enjoy everything on the WWE Network. You can stream the channel live, or watch on-demand content including series and podcasts.

Good news though, WWE Network offers a free first-month subscription that you can take advantage of. During the first month, you can watch any PPV that is available for free. After that, you can cancel your subscription if you don’t wish to pay.

There’s no repository that hosts this addon, and so you have to install it differently from the others.

Here’s how you can install the WWE Network Kodi addon:

Mobdro is arguably the most popular free streaming platform. The service offers live TV from all over the Europe and the US. Among these is the WWE Network all free. Though you can’t watch on demand WWE content using the MobDro Kodi addon, you can stream WWE TV live and watch any event or replay being broadcast.

How to Install WWE Kodi Addons

Apart from the WWE Network addon whose procedure is given above, the other WWE Kodi addons are installed the same way. Remember that before you start the installation, you need to enable “unknown sources” by going to Settings> System Settings> Add-ons> Unknown sources.

You then need to identify the repository for the specific addon that you want to install. We have listed the repositories for the above WWE on Kodi addon.

You can now enjoy WWE on Kodi.

It’s important to note that most of the WWE Kodi addons mentioned above offer content that is not available outside the American region. To watch such videos, you will require a VPN. If you need a head start, one of the best VPNs at the moment is Private Internet Access. It is an all-around VPN, and it will also protect your privacy while giving you excellent streaming speeds.