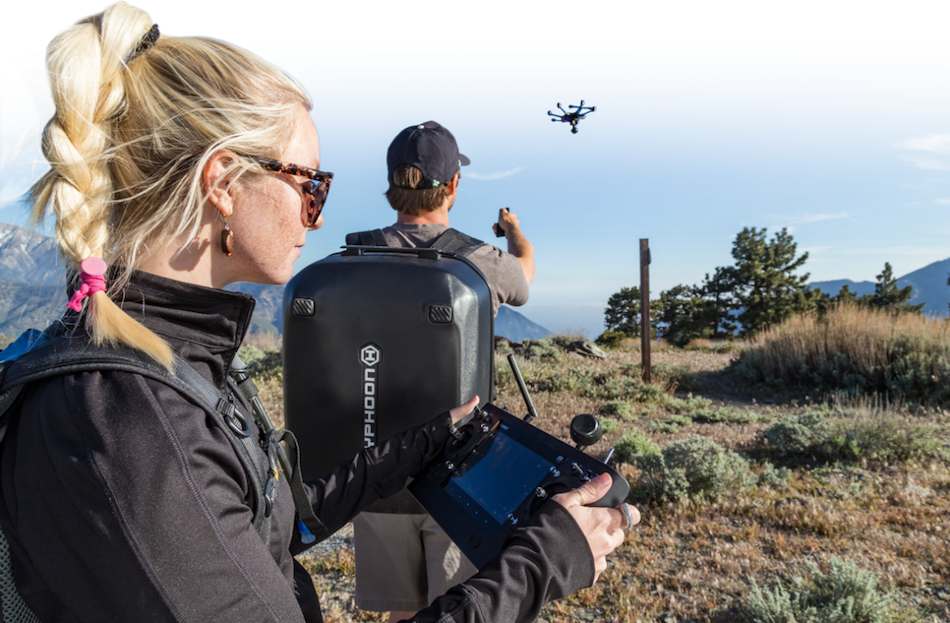 by Joseph Flynt
Posted on November 16, 2017
13 Shares
3D Insider is ad supported and earns money from clicks, commissions from sales, and other ways.
DJI has just released the Mavic Air 2. See all of the specs here.

Black Friday is fast approaching, and retailers nationwide are starting to roll out their amazing Black Friday drone deals. Today, we take a look at the best Yuneec drones that will be available at a discount on Black Friday and the retailers that offer these deals. Make sure to check out DJI drone deals as well.

As November 24 draws nearer, expect this page to be updated on the latest Black Friday Yuneec deals you’ve always wanted. Don’t be left behind in the shopping rush – check back on our page regularly. The two drones below are Black Friday deals from Yuneec that have already been released.

The Yuneec Breeze 4K is a compact drone and one of the cheapest drones available that has an onboard 4K camera. It comes with a 1150mAh battery that neatly slides into the back end of the body. It comes with GPS capabilities, and sensors that are able to detect ground speed and wind speed.

One of the drawbacks of the Breeze when it comes to image quality is the lack of a stabilizing gimbal, meaning that you have to manually fly steady to be able to capture good photographs. To make up for this, the Breeze comes with a few pre-programmed flight modes which can help beginners capture high quality images, as well as a digital stabilization feature to clean up jitters and shakiness.

Photos and videos are stored in the built-in 14GB of memory, enough to store about 40 minutes of video at the highest resolution. The images that the Breeze can capture are not professional-grade, but the output is still impressive given the low cost of the drone.

Control of the Breeze is done through the Yuneec Breeze app that can be installed on your smart phone. Through the app, you can see a live video feed from the onboard camera and control the drone using a pair of virtual joysticks. Alternatively, the drone can be controlled by holding down the accelerometer and tilting the mobile device.

The drone handles well during flight, but is not really equipped to do fancy tricks. The speed tops at about 10 mph. Pre-programmed autonomous modes such as follow me mode, orbit mode, selfie mode, and journey mode, seem to be specially designed to capture unique photographs,

The Breeze is lightweight and comes with a customized backpack and a small suitcase to protect it from bumps during transport. It does not come with a controller, but the drone connects to your smart phone via a mobile app. The Breeze is a neat and compact package that can take high quality photos and is portable enough to bring anywhere.

It is a hexacopter, and while you would expect very good stability out of its six rotors, it actually only needs five to fly. The sixth rotor is redundant, giving you the ability to remain airborne even when one rotor fails. The onboard camera, called the CG03+, can shoot video in 4K at 30 fps, or 1080p at 60fps. It also takes 12MP photos, and has a distortion-free lens and a wide-angle field of view, similar to GoPro cameras. The camera is mounted on a 360-degree gimbal, a feature that can only be found in one other drone in the market: the much more expensive DJI Inspire 1. The Typhoon H Pro has a retractable landing gear, ensuring that it does not get in the way of capturing 360-degree footage.

The Typhoon H comes with its own remote control, called the ST16 ground station. In addition to the basic controls, the controller has a built-in 7-inch touchscreen which displays a live video feed from the drone and flight data. The Typhoon H can even connect to 2 controllers at the same time, with one controller handling the flight and the other controller solely responsible for camera movement. This opens up the capabilities of drone pilots in capturing impressive and breath-taking photos and videos.

Flying the Typhoon H will likely be a bit difficult for beginners. Although the learning curve is a bit steeper, getting the hang of it will allow you to perform complicated maneuvers and give you great degree of control over the drone. A headless mode – called the Smart mode – makes it easier for drone pilots to orient themselves to the direction of the drone. The Typhoon H has a collision avoidance system which uses an ultrasonic sensor. The Pro version includes the Intel RealSense camera system, giving the Typhoon H an even more advanced mechanism for collision detection and avoidance.

The included 7900mAh Li-Po battery gives you between 17 to 20 minutes of flight time, and needs to be charged for a little over two hours. It will be a good idea to have spare batteries on hand so you can fly unhampered.

The drone can be folded and neatly stored in a large backpack. Due to its carbon fiber construction, it is surprisingly lightweight but sturdy.

The design of the Typhoon H is geared more towards the seasoned or professional drone pilots and photographers. It has a comprehensive package of features, with technology that can help you take truly remarkable and impressive photos and videos. At such a steep price, the Typhoon H represents a huge investment for anyone but the most hardcore drone enthusiast. With all of its features and its innovative design, the Typhoon H remains a strong competitor for the best drone in its price range.